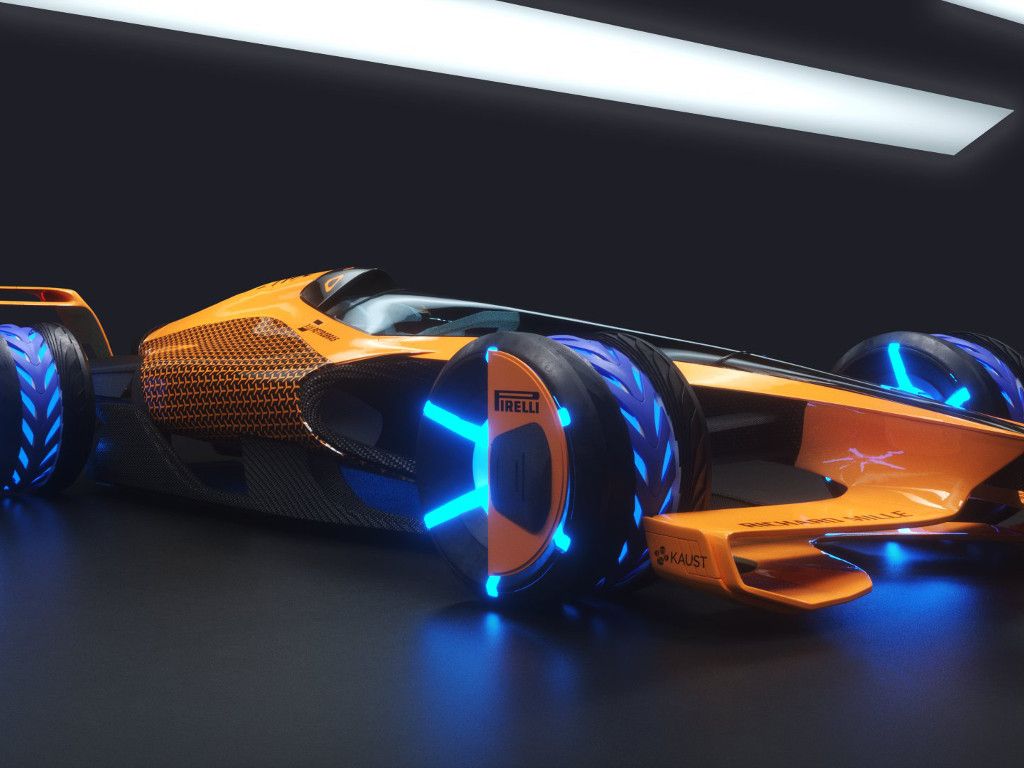 McLaren Applied Technologies have released images of what they believe could be the Formula 1 car of the future, dubbing it the MCLExtreme.

But fans will have to be prepared to embrace electric.

The MCLE features sidepods that expand and contract like the “gills of a great white shark”.

They turn it into a 500 km/h bullet on the straights, but expand as the car enters braking zones and corners to provide stability and control.

The making of our 2050 concept campaign. Challenging convention in the pursuit of possible. #MCLE #FutureGrandPrix

Explaining the concept, MAT motorsport director Rodi Basso said: “We are always looking to innovate to find the solution for tomorrow today.

“In recent years, we have seen concepts and ideas about how a Formula 1 car could look and operate in the future.

“However, this is the first time anyone has given detailed thought and insight into a viable vision of motorsport in the future.

“Our hope is for this to stimulate debate about how motorsport responds to changes in technology and sports entertainment trends to ensure we can meet the needs of fans in 2050.”

But it is not just the cars that could undergo major changes between now and 2050, the drivers will also adapt with AI playing a key role.

Drivers may be connected to AI via a symbiotic link in the helmet and sensors within the race suit. This would provide real-time race strategy and key information via a holographic head-up display.

Added to that it could read the driver’s emotions and state of mind.

“In the future we could get to the point where human ingenuity is replaced with an AI algorithm,” explains Karl Surmacz, Head of Modelling and Decision Science at McLaren Applied Technologies.

“Machine learning would see human preferences and decisions, as well as our domain expertise and instinct, captured. Take enough examples of our creative processes and outcomes, and this could be codified into an algorithm which would enable AI to make creative decisions consistent with those of a human counterpart.”

The ultimate fusion of human and technology. #MCLE is an extension of a driver’s body with an #AI co-pilot transmitting data through advanced #AR.