Home News Vettel into the barriers; McLaren up the pace 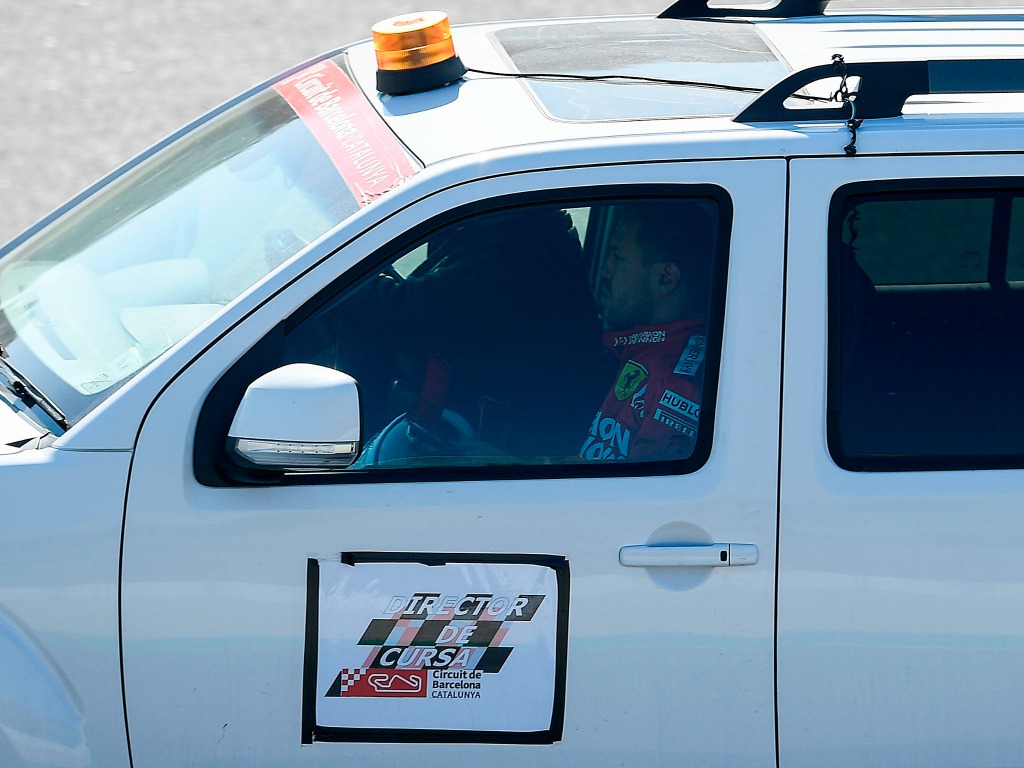 McLaren lowered their own benchmark early on day two, while Vettel sent his SF90 into the wall at turn 3.

The second day of testing saw Mercedes, Ferrari and Renault continue to split duties between their drivers.

The likes of Max Verstappen and Kimi Raikkonen were also in action for the first time this week.

After missing a very large chunk of the afternoon session on Tuesday, Valtteri Bottas and Mercedes were eager to make up for lost time. 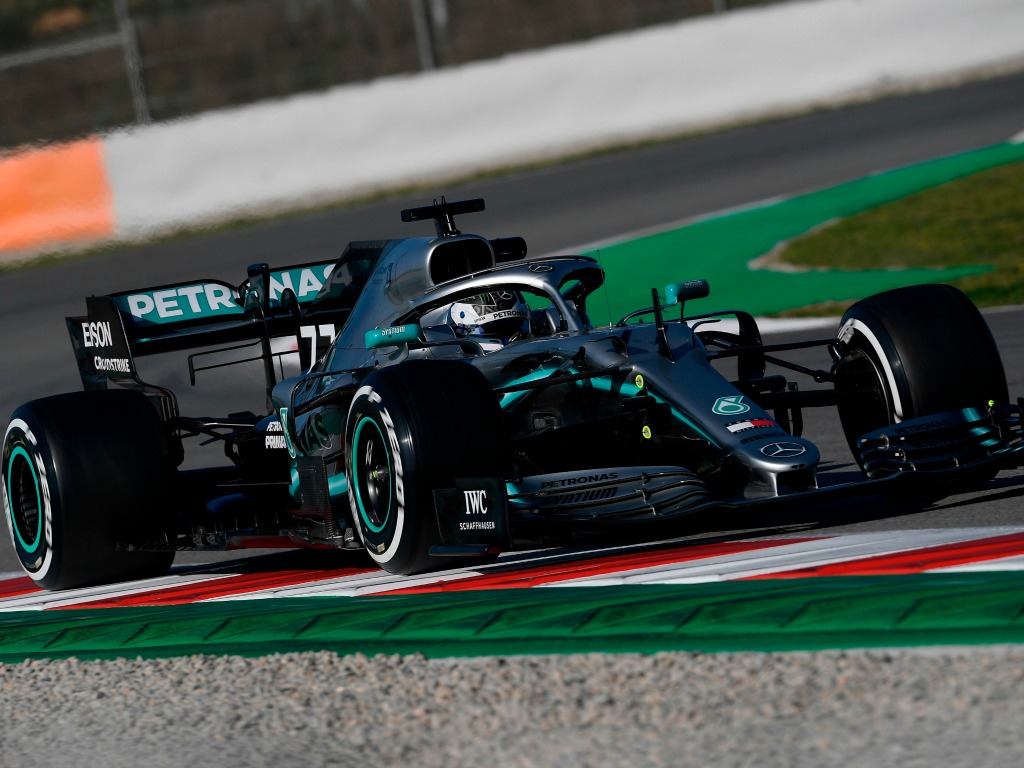 But also the return of shark fins, with one appearing on the nose (of all places) of the Alfa Romeo C38.

They have shown some artistic interpretations of the aerodynamic regulations so far this pre-season.

Then, perhaps a little giddy with excitement, Sainz prompted the first red flag of the day as we approached the half-way point of the morning session. 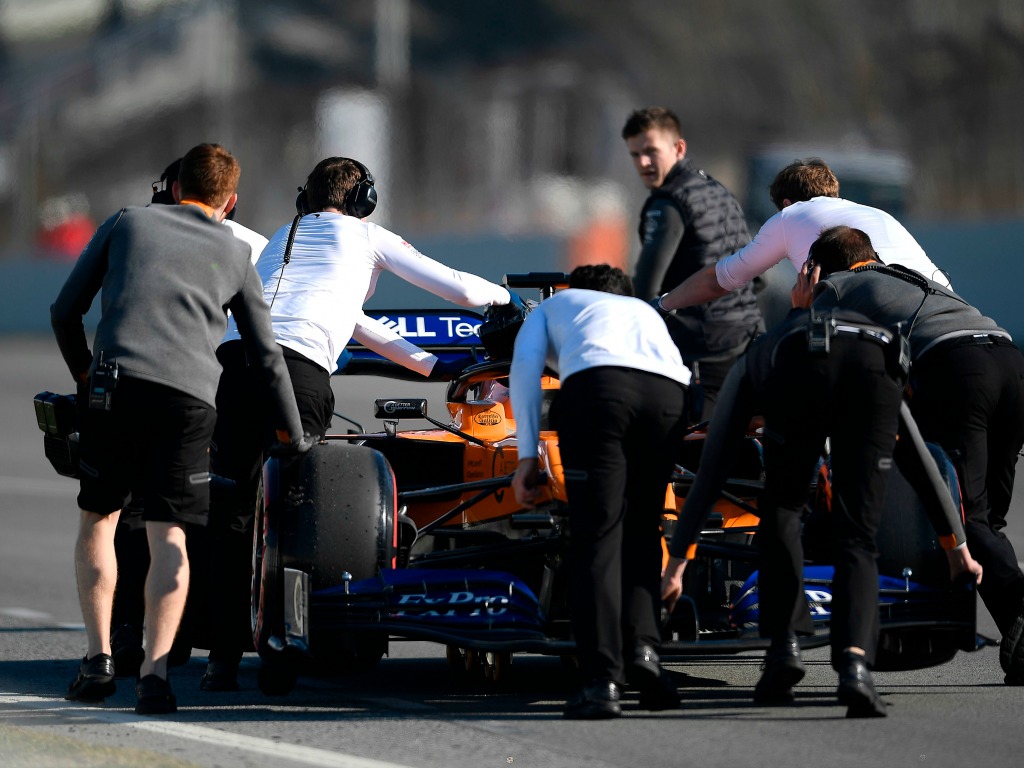 Meanwhile, we have to say we are liking the sound of that Honda engine.

.@kvyatofficial putting in the laps around the Circuit de Catalunya 🔊 pic.twitter.com/f8JkRLDRUN

Verstappen stopped at the same place as Sainz to briefly halt proceedings, and the red flags were soon out again as Sebastian Vettel put his SF90 into the wall at turn 3.

The Red Bull ‘spy’ will surely have a dig lined up for this. 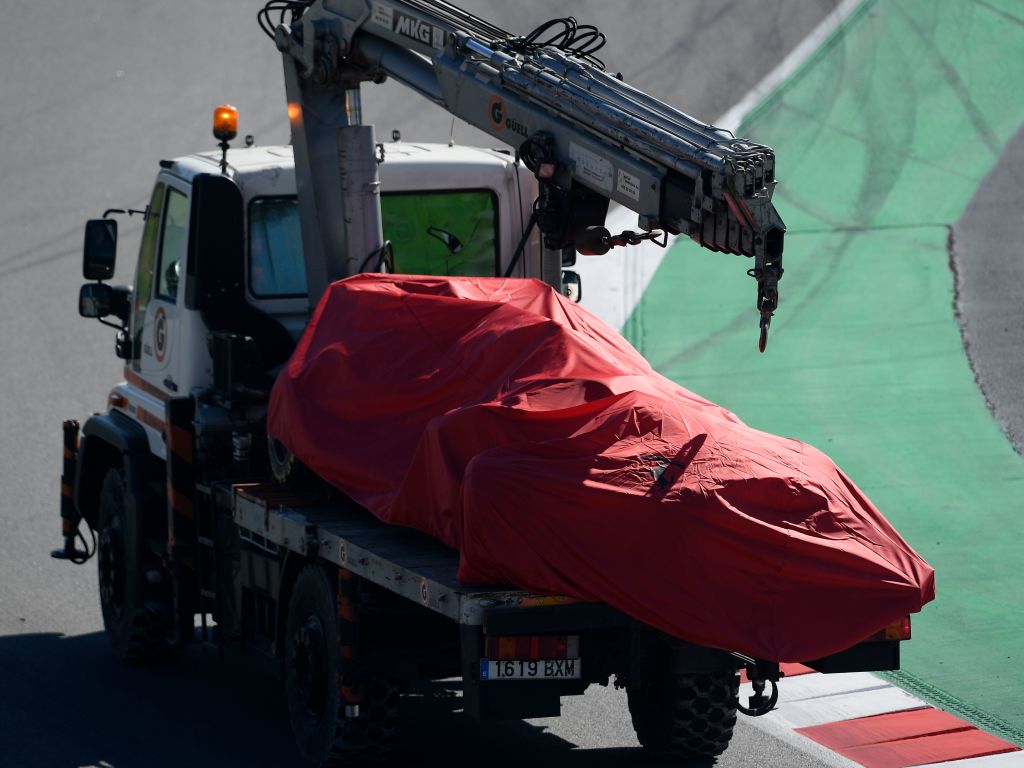 #Seb5 off was due to a mechanical problem. The car is now in the garage for all the needed checks. #SF90 #F1Testing

Sergey Sirotkin was the Renault man in-demand as he spoke to the media after he was announced as their new reserve driver.

Meanwhile back in the paddock, @sirotkin_sergey seems to have gathered quite the crowd outside our motorhome. 🎥📸#RSspirit pic.twitter.com/Ls73l4uCnm

It was another trouble-free morning for Williams, as Robert Kubica completed 42 laps of running.

Time for lunch before getting back to it this afternoon 🙌#F1Testing pic.twitter.com/Q1KH4rEyiB

As the only Mexican on the grid, it’s to be hoped the answer is Sergio Perez.

Mirror mirror on the wall, who’s the fastest Mexican of all? #F1Testing pic.twitter.com/eeMDysSGgq

Verstappen was a busy lad as he added a race simulation to Wednesday’s programme, complete with full pit wall, pit stops, the whole nine yards. 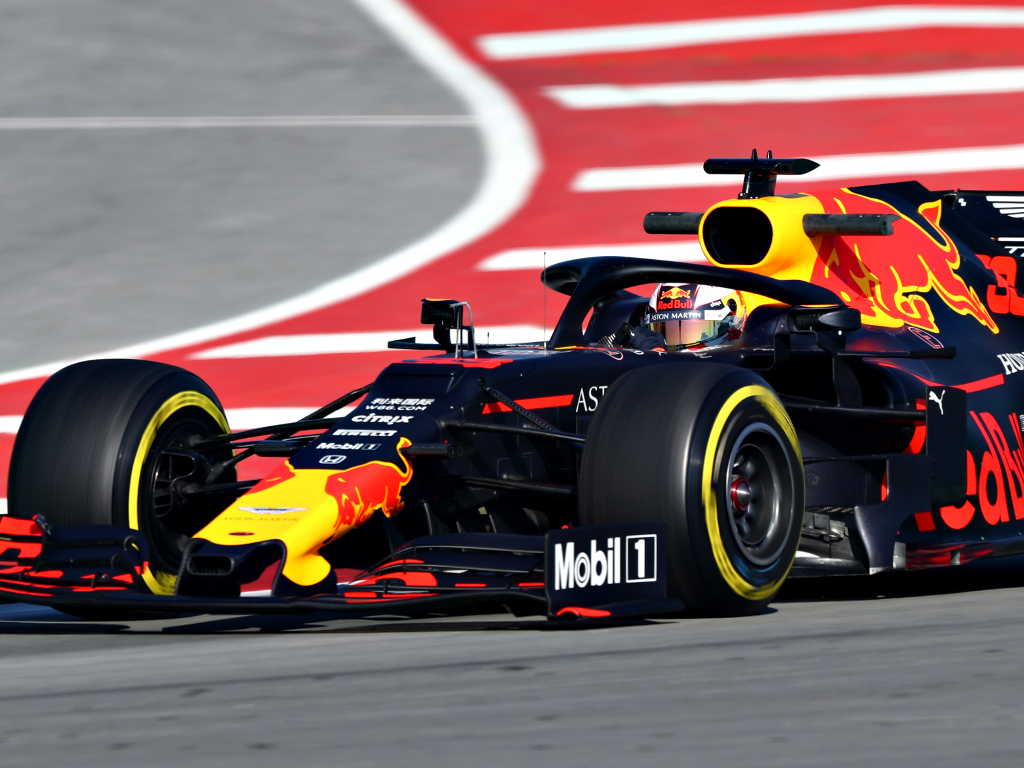 Nico Hulkenberg replaced Daniel Ricciardo at the lunch break but wasn’t seen for the first two hours of the afternoon session. Renault have yet to disclose why. 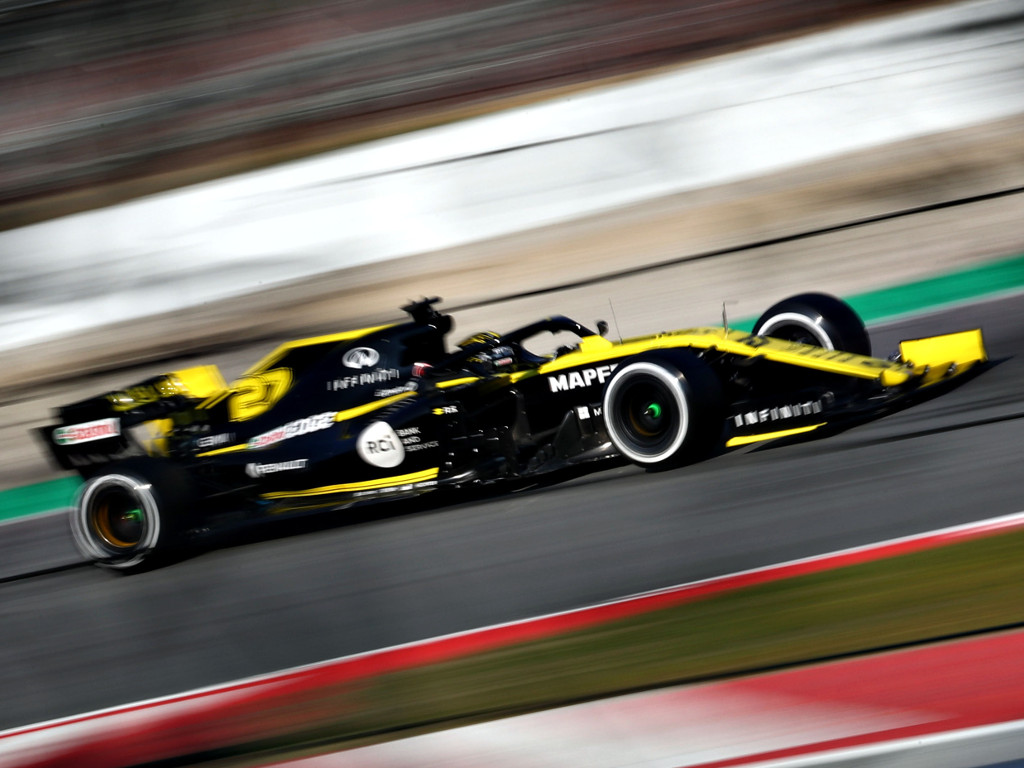 Kimi Raikkonen in the Alfa Romeo… love it! 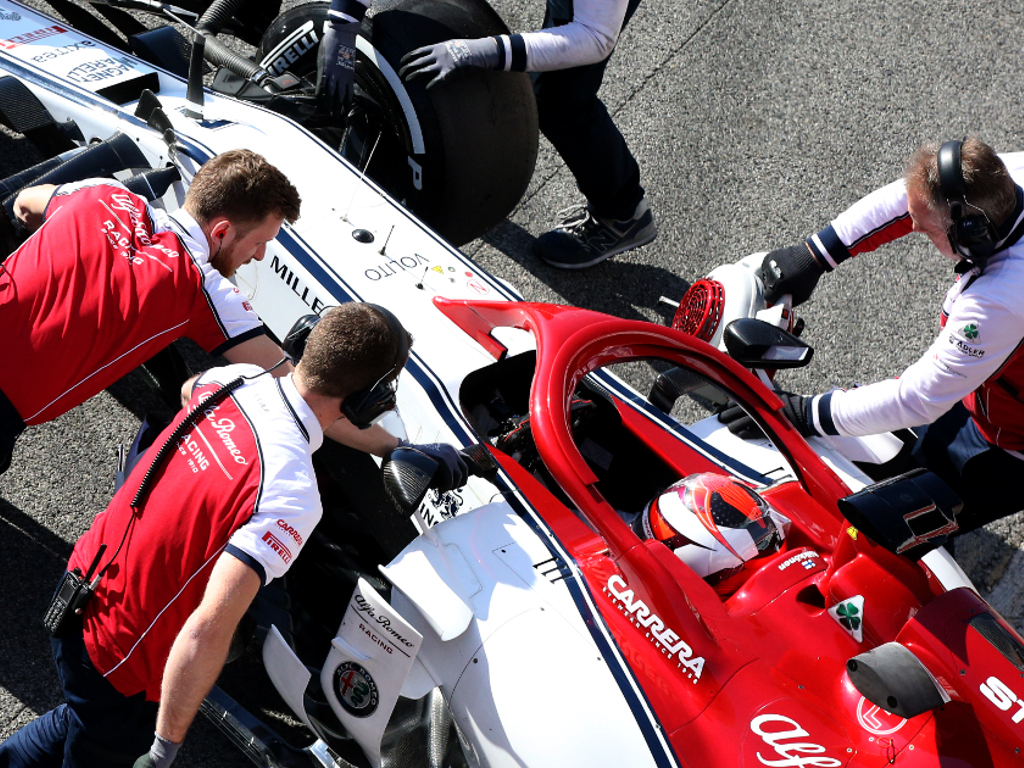 Williams celebrated Wednesday’s mileage and well they should.

Charles Leclerc put in a single lap to close out the day for Ferrari having been forced to wait while the team repaired the SF90.

We managed to send the car back on track for an installation lap. Tomorrow @Charles_Leclerc will kick-off the day. #EssereFerrari #SF90 #F1Testing pic.twitter.com/t9IaQ1OwHe