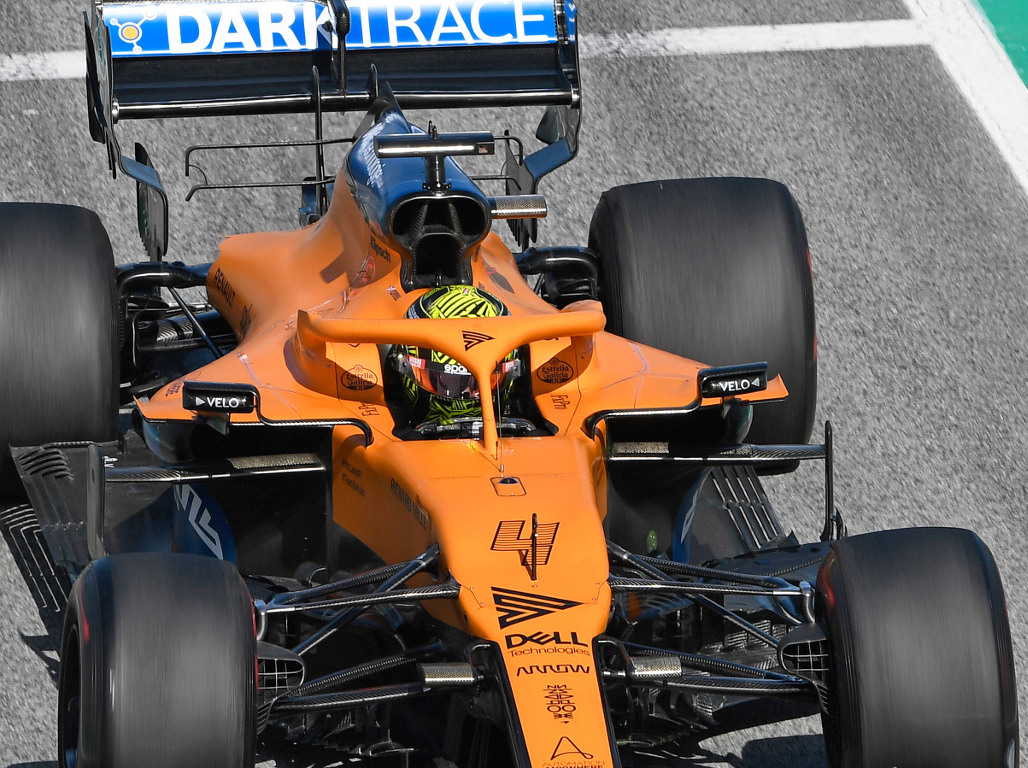 McLaren’s MCL35 may have a few “obvious” weaknesses but Lando Norris is hoping the team can resolve some of those before taking to the track in Melbourne.

The team-mates covered 802 laps but it wasn’t a quick test for Norris.

The Brit finished bottom of the overall timesheet with a 1:17.573.

Setting that on the C3 tyre, Norris was almost two seconds down on Valtteri Bottas’ P1 time on the softest rubber.

“Considering how close the midfield and racing was last year, if you have any weaknesses, of course it’s a concern,” Crash.net reports Norris as having siad.

“Every little thing is something you have to work on.

“Every team has weaknesses and it’s just about trying to minimise them.

“I think our weaknesses are obvious to us, we’ll work on them, hopefully minimise them and hopefully eventually turn them into a strength.”

Norris’ next lap in the Renault-powered MCL35 will be on Friday 13 March when he climbs into the cockpit for first practice for the Australian GP.

The 20-year-old says he has no idea where McLaren will be in the weekend’s pecking order.

“I don’t think we know the real potential yet,” he said.

“We have a good understanding, there is plenty of things we need to work on.

“We have strengths and weaknesses, but the weaknesses are quite obvious to us so we need to work on them before Australia, before we can be very confident in ourselves.

“But there are other things we are confident in, made good progress in over the winter, so I’m reasonably happy with what I could achieve and from what we could achieve as a team.”