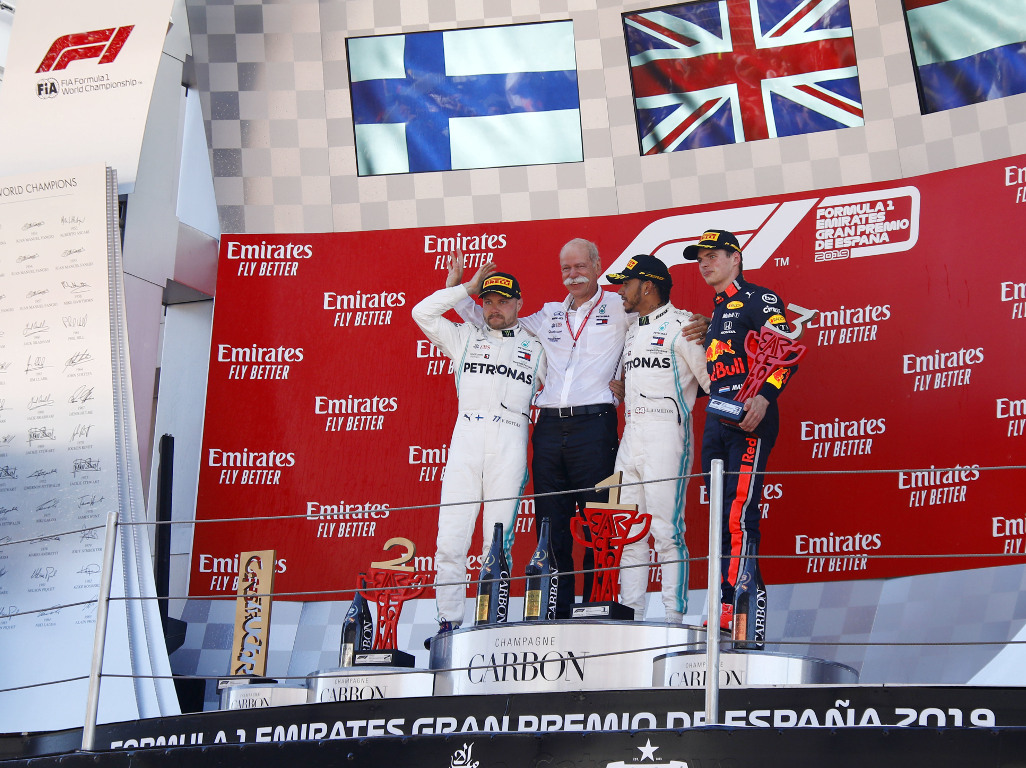 After putting in “probably one of the strongest” Spanish GP displays of recent years, Toto Wolff says Mercedes have “no fear” about Ferrari or Red Bull.

Lewis Hamilton and Valtteri Bottas romped to an easy 1-2 at the Circuit de Catalunya on Sunday, the duo claiming the team’s fifth successive 1-2 result.

The performance, which began with a front row lock out in qualifying, was emphatic to say the least as not once did it ever look as if Max Verstappen, who joined the Mercedes drivers on the podium, could challenge.

Neither could Ferrari after Sebastian Vettel’s extremely brief fight into Turn 1 that ultimately ruined his own race.

“Both teams [Ferrari and Red Bull] have the right resources and have the tools that could easily make them rebound.

“We’ve seen a weekend in Barcelona now that was probably one of the strongest we’ve had in seven years but we are swinging a little bit with the news.

“If we have a strong weekend from Ferrari in Monaco everybody will write and say this stops Mercedes and is this the end of the Mercedes dominance this year.

“If you see who was in front in winter testing it is very different to who is in front today, or even if you look in the fights in the midfield.

“It was two different aerodynamic concepts and maybe there is a certain truth in it but then there is never one question and one answer in Formula 1.”