Home News Mercedes ‘are not making a lot of new friends’ 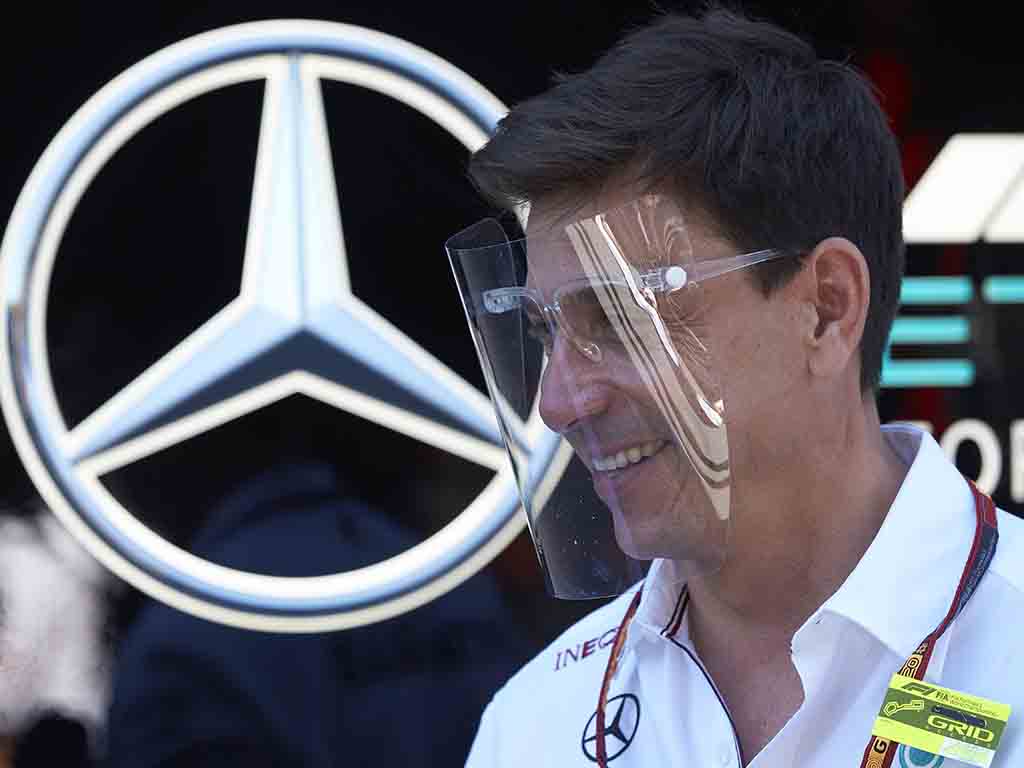 Toto Wolff realises Mercedes are “not making any new friends” with their continued dominance, but rather that than have people feel sorry for them.

Even at this early stage of the revised 2020 Formula 1 season, the Silver Arrows look all set to record yet another World Championship double as they once again demonstrated their vast superiority ahead of the British Grand Prix.

Lewis Hamilton was over a second quicker than the nearest non-Mercedes rival in Max Verstappen during qualifying, helping the Silver Arrows to eighth straight pole position at the iconic circuit.

Barring any reliability gremlins, it will be Hamilton v Valtteri Bottas for the race win and that is a battle we look set to see at every race for the rest of the campaign.

But Wolff and Mercedes will never take that for granted, even if it does mean annoying some fans along the way.

💬 “I guess we’re not making many new friends” 😅#BritishGP pic.twitter.com/kndzMZOdFo

“I think when you look at sports teams and their success, when it kind of tails off and goes, that’s when you start to get complacent,” Wolff told Channel 4 after another dominant qualifying session at Silverstone.

“Also that happens when you started taking things for granted or when the team dissipates. We are all aligned, have the same values and objectives, and we want to stay together.

“But this [success] is no guarantee for the future. I guess with this kind of performance we are not making a lot of new friends, so we are getting attacks from every front, everything is being questioned, and that’s another fight we need to sustain.

“But I guess you would rather have that then people having pity for you.”

Asked if Mercedes were going to continue to be aligned beyond 2020 with various contracts still to be renewed, Wolff said: “There will be a wedding between Mercedes, myself, Lewis, Valtteri – it’s a foursome basically!

“That’s what we would like to do [all stay] and there is no reason why we should dissipate as of yet.”