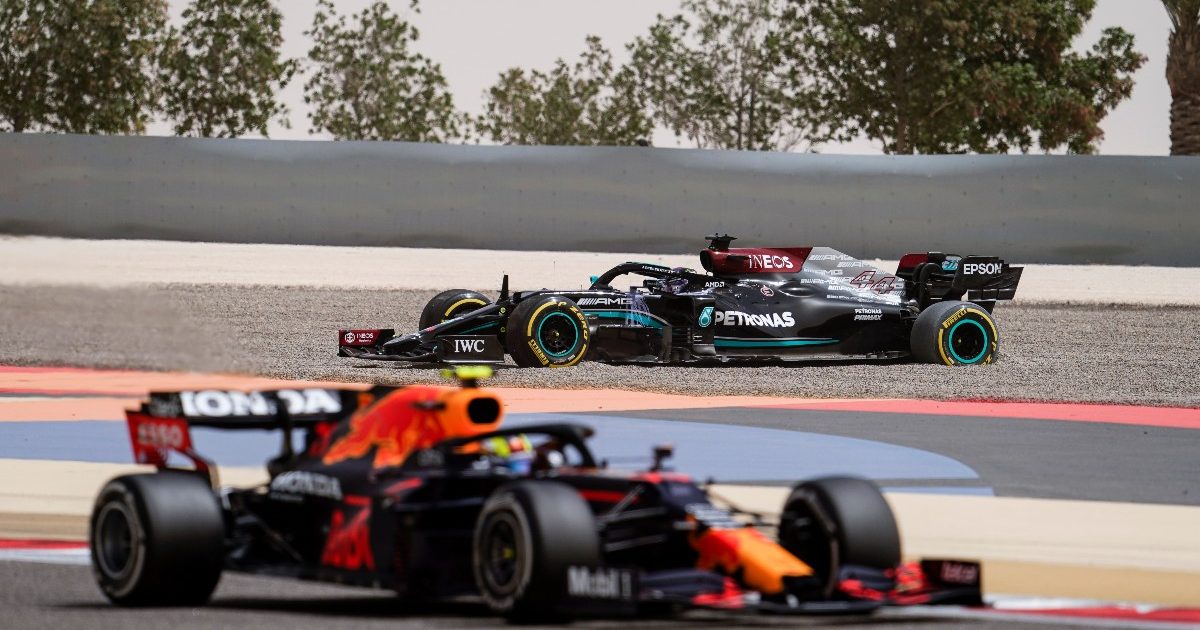 In the early stages of the 2021 season, Mercedes say the best they can do is match their rivals Red Bull for pace.

Although Red Bull came away from pre-season testing with the best time and the most impressive challenger in the RB16B, the team remained very cautious on their chances in the season ahead.

After all Mercedes have won the last seven Drivers’ and Constructors’ Championships in a row, so Red Bull thought the talk of issues from the German outfit was all just Formula 1 tactics.

But when the teams returned to Bahrain to get the season underway with FP1 ahead of the Bahrain Grand Prix, it was again Red Bull on top as Max Verstappen took P1, a shade under three tenths up on Valtteri Bottas.

The Dutchman then went fastest again in FP2, though the averages on the race runs left very little between him and Mercedes’ Sir Lewis Hamilton.

So Mercedes’ team boss Toto Wolff believes in these early rounds, the best his squad can do is match the pace of Red Bull.

“Formula 1 is like many other sports, we are oscillating between depression and exuberance,” he said, as quoted by MotorsportWeek.com.

“When everything is perfect you think ‘here we go, this is ours’. But then when you have a few days that are not very good you kind of look at the data and say how should we ever catch that up.

“So this is what it is, and I think if we are behind, then we just need to catch up and do a good job.

“If we are just about on the same pace, which I would consider today maybe is the best possible scenario for us, then we’re up for the fight with another great team.”

Finding the limits on the first day back in the office 💪 #BahrainGP 🇧🇭 #ChargeOn 🤘 pic.twitter.com/8VhMxhLsCI

“Even if it looks like it was a carry forward car, I think we probably suffered more with the change of regulations than the cars with the higher rake,” Wolff continued, referencing the new aero regulations for 2021 which have altered the designs of the rear floors and diffusers on the 2021 cars.

“And the Red Bull has followed that concept since many years. It has been maybe more difficult for us to recover some of the lost downforce.

“But so far from what I have seen and hope is that we can have a really tough fight. This is what the fans want to see, and what we would like to have.

“Red Bull is a formidable team, with people pushing really hard. They have won four championships before the hybrid power units came in, and no doubt they are the strongest competitor.”

Prior to the build-up to the Bahrain Grand Prix, Wolff said the W12 was like a “diva” with its handling difficulties, a phrase he went back to use again.

The Austrian added that the handling was better during FP1 in Bahrain, but felt it was not a good idea to make too many conclusions since the daytime conditions were not representative for the remainder of the race weekend.

“The car during the testing was really a ‘diva’, like two years ago, fast but difficult to understand and it was difficult for us to find the right set-up,” he told Sky Italy.

“We worked hard and cleverly, and I hope to find a window where the car works.

“During the session this morning, the car worked much better but we can’t make any comparison since the temperatures of today will be much different compared to tomorrow during qualifying and the during the race on Sunday.”

Asked if 2021 could be a similar season to 2018, where Mercedes were forced to rise to the challenge from Ferrari, Wolff replied: “This comparison is really correct in my opinion. Because in 2018 we had a really tough year, with an intense battle with Ferrari.

“From this morning’s session we saw that this year there could be a tough battle with Red Bull throughout the entire year.”