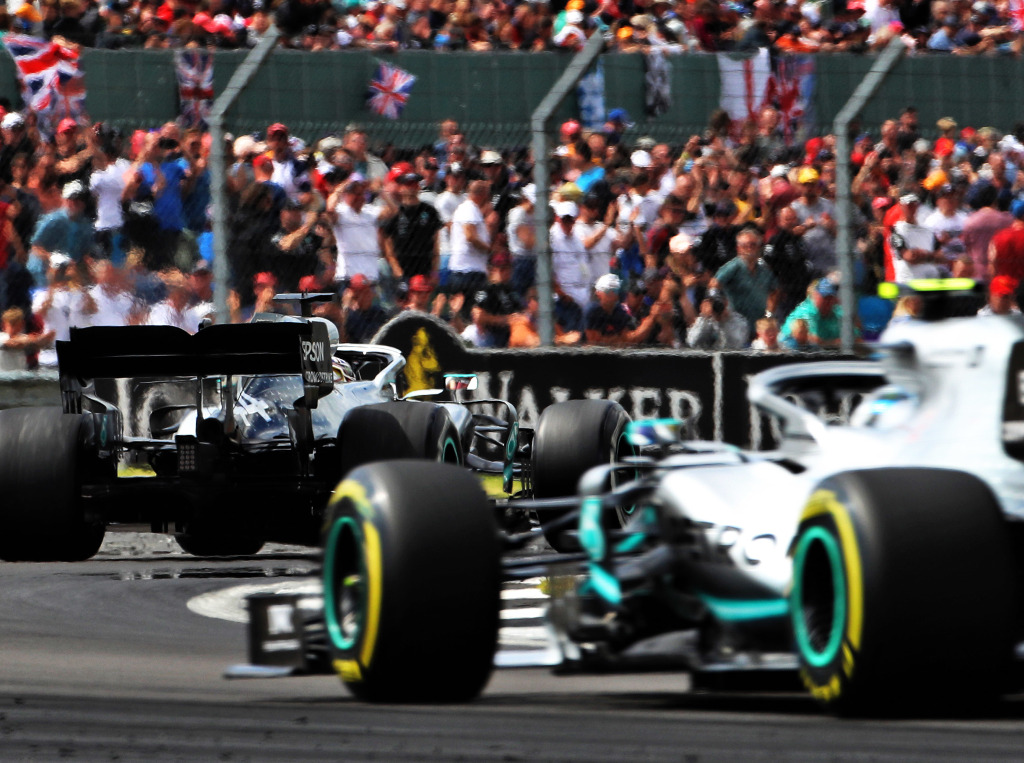 With Lewis Hamilton winning the British GP on a one-stop strategy, Toto Wolff says Mercedes will have to check themselves to ensure they aren’t “unconsciously” favouring one driver.

Mercedes went into Sunday’s British Grand Prix planning to two-stop both drivers, the only difference was whoever was running second out on track would go medium-hard-medium while the leader went medium-medium-hard.

That meant Bottas, who held the advantage over Hamilton having started on pole, was the first of the two to stop, swapping his mediums for another set of mediums and thereby committing to a two-stop strategy.

The timing of the Safety Car for Antonio Giovinazzi’s off meant Hamilton, who had yet to pit and was leading the race, was handed a free stop, swapping his mediums for hard tyres.

Given that those lasted far longer than anyone expected, his two-stop strategy before the race become a one-stop winning strategy.

“In our strategy meeting in the morning, the drivers brought up whether there was an off-set strategy possible for the guy running second because if you put them on the same tyre, this is probably how the race is going to end,” Wolff explained to PitPass.

“So picking up on the suggestion, we decided that the second-placed driver would run an off-set strategy with the hard tyre in the middle.

“We weren’t quite sure whether one stop would make it rather thinking it would be a two, also because of a lack of data on the hard, and this is exactly how it panned out.

“Both of them drove a brilliant race, both of them would have deserved to win the race, and in that instance, the Safety Car swung in the favour of one driver.”

Splitting in the future, Wolff concedes Mercedes will need to check themselves to ensure that they are not “unconsciously” bias towards one driver.

“The discussion we had with them in the morning was that if you were to put them on the same tyre, on the same strategy, basically Turn 1 or Lap 1 would lock in the result,” he said, “and we felt that picking up on their suggestion would provide an interesting race.

“It still overlapped on many instances. We knew they would be racing each other, but then maybe with a different strategy, so that’s what we tried.

“In hindsight, we need to look at it, are we favouring somebody unconsciously, which we wouldn’t want to do. So for sure it created more experience and more data for us to judge whether it is something we would want to do in the future.”

10 races into this season, Hamilton is leading the championship on 223 points, 39 ahead of Bottas.