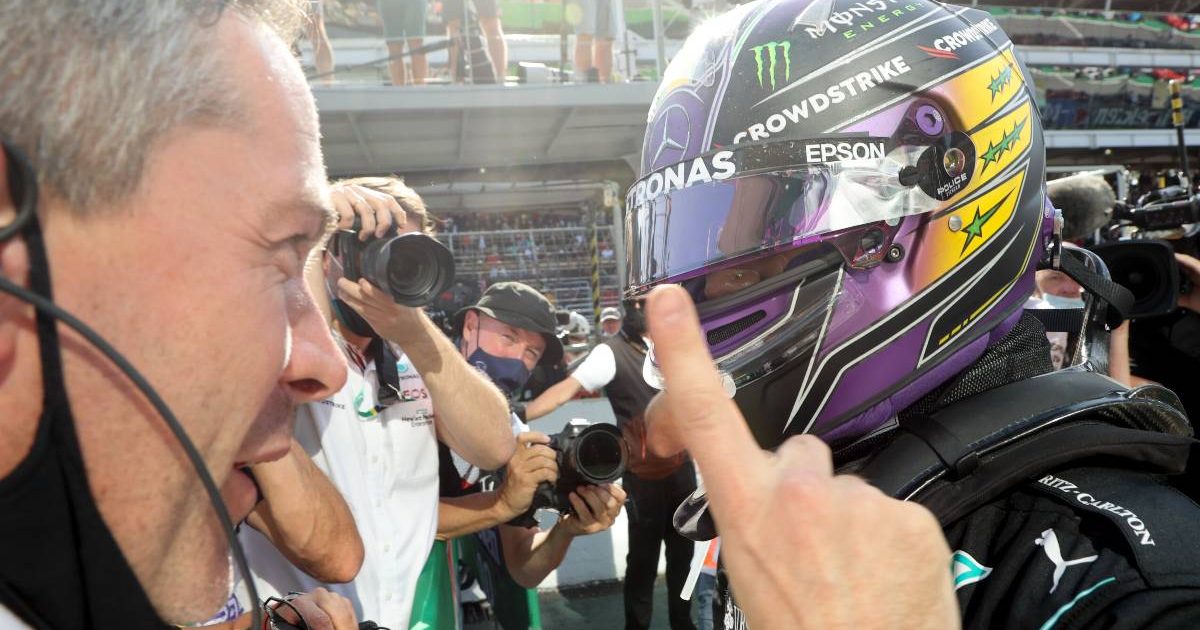 Mercedes always hoped the 2021 titles could still be theirs, but victory at the Sao Paulo Grand Prix means they now believe.

The 2021 World Championship has brought countless twists and turns as Mercedes and Red Bull pursue the Constructors’ Championship, while Mercedes’ seven-time World Champion Lewis Hamilton is out to secure a record eighth title in the face of fierce competition from Red Bull’s Max Verstappen.

But after the dominant performance of Verstappen and Red Bull in Mexico, many felt the momentum had firmly shifted towards Verstappen, while Red Bull brought themselves firmly back into the Constructors’ title picture.

Just as it seemed Mercedes were losing control though, they struck straight back through a trademark stunning Hamilton recovery drive.

Fighting back from his qualifying exclusion and five-place grid penalty for an Internal Combustion Engine change, Hamilton secured P10 on the grid via sprint qualifying and went on to win the race, passing Verstappen on track to do so.

His deficit to Verstappen at the top of the Drivers’ standings is down to 14 points, Mercedes lead Red Bull in the Constructors’ by 11 – and now the German outfit can truly believe the titles are possible once more with three races remaining.

Speaking on the F1 Nation Podcast, Andrew Shovlin, the team’s trackside engineering director, said: “I think this result, the impact on the championship last weekend, the fact we’ve got that penalty out of the way and managed to outscore Max, outscore Red Bull, gives us a lot of confidence.

“The fact we’ve managed to get the car to work well on a track that’s aggressive on the rear tyres in hot conditions gives us a lot of confidence.

“And I think for us, the championship coming out of Mexico…we had hope that we could win both. I think now it’s moving to belief that we can win both, and we’ll be working very, very hard to ensure we can do that.”

Next up is the first ever Qatar Grand Prix, held at the Losail International Circuit.