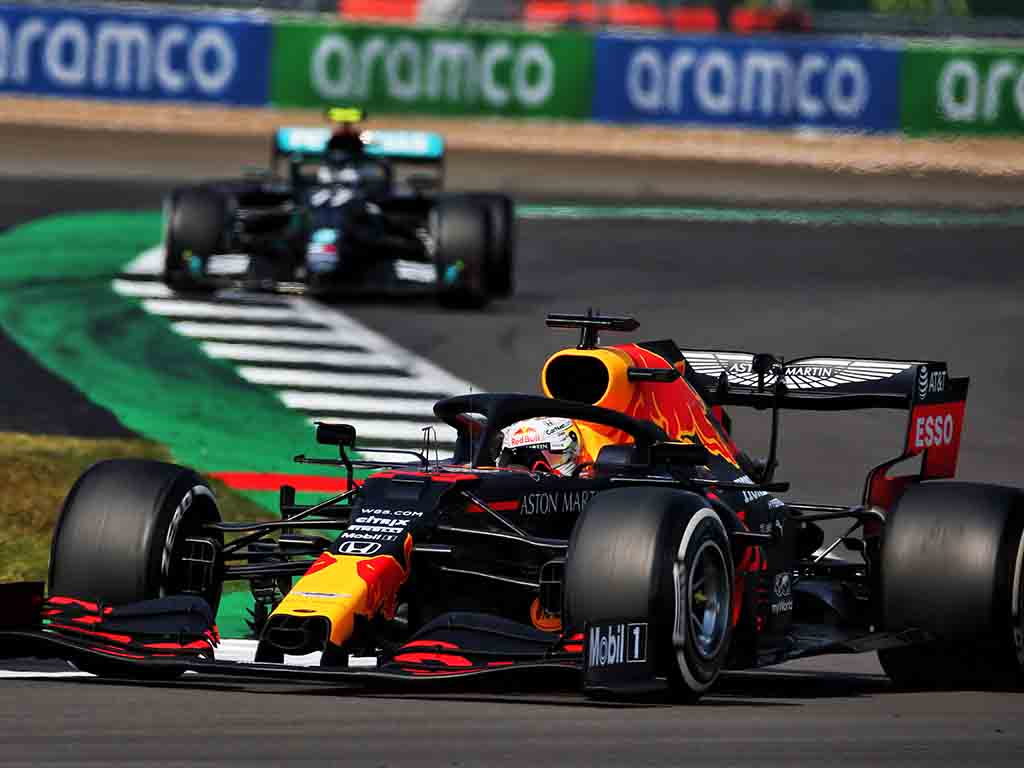 Valtteri Bottas has said Mercedes were caught “sleeping” by Red Bull as the team’s winning streak ended at the 70th Anniversary Grand Prix.

The Silver Arrows had won all four races since the revised 2020 season finally got underway in July and were poised to extend that winning run to five with Bottas and Lewis Hamilton lining up 1-2 on the grid at Silverstone.

But tyre talk once again dominated the race and while neither Bottas nor Hamilton suffered the same dramatic blow-outs as seen at the British Grand Prix, they notably struggled to look after them in the hotter track temperatures.

Bottas was forced to ditch his medium tyres after just 13 laps and pitted for another set of hards on Lap 33, but had to settle for P3 behind race winner Max Verstappen, whose alternative tyre strategy paid off, and Hamilton who came home second.

Another big step forward in the championship 💪 This mega 2020 @F1 season continues to deliver! pic.twitter.com/VdwtEEMy5i

“It was very frustrating,” Bottas said in the post-race interview with Martin Brundle at Silverstone.

“Starting on pole and finishing third is not ideal. I think as a team we were sleeping at some point when Max managed to get ahead of us and our strategy was far, far, far from ideal so there is lots to learn from today I think.”

“Of course, I was trying. There was a chance to keep up with Max but as soon as I started to push towards the end the tyres just fell apart.

“There was lots of blistering in the tyres for us and it seems like Red Bull had none so they clearly had the edge [on us].”

Asked what it is like to race on blistering tyres, Bottas explained: “The tyres just overheat, like they are boiling, then you just get holes in the tyre. Then you just lose grip and once you start to have those blisters in that particular tyre you lose cornering grip and go slower and slower.

“We will move on but it’s been a disappointing day.”