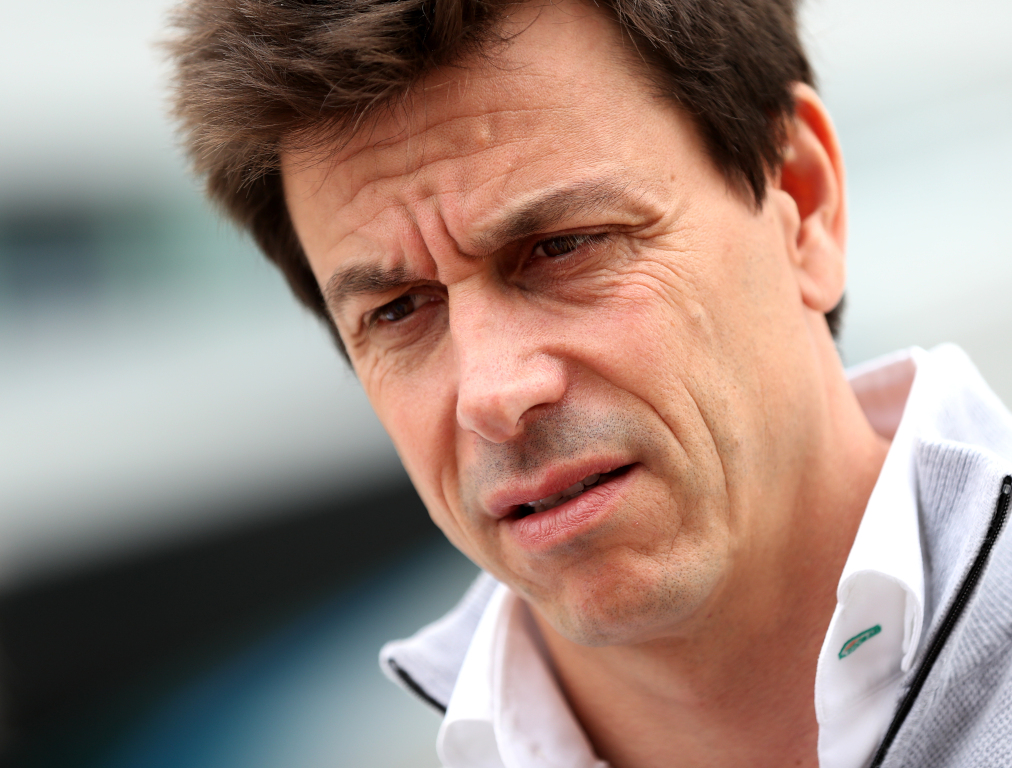 Toto Wolff was able to succinctly describe Mercedes‘ Sakhir Grand Prix as a “colossal f*** up” after a botched double stack ruined their race.

Mercedes looked to be in control of the penultimate race of a crazy 2020 season and George Russell, on debut for the team after being called up to replace seven-time World Champion Lewis Hamilton who tested positive for Covid-19, was on course to win at the first time of asking after a thoroughly impressive performance.

But a botched double stack under Safety Car conditions saw Mercedes throw away victory and left both Russell and Valtteri Bottas with work to do from P5 and P4 respectively on the race start.

Russell managed to recover to P2 before a puncture added to his heartbreak, eventually salvaging P9 by the time the chequered flag waved. Bottas finished P8.

Speaking to Sky Sports F1 after the race, Wolff told it exactly how everyone saw it.

Not our day today. 💔

“I’m not allowed to say that but it was.

“Simply put, one of the tyre crews didn’t get a call. We had a radio failure in the garage and when the car came in they didn’t know to change the tyres and had the wrong tyres. This is accidentally why we had the wrong set of tyres out.”

Asked if one of Bottas’ tyres ended up on George’s car, Wolff said. “Exactly.

“Then we obviously had to pit again. But then the race wasn’t lost, but then one bad thing comes…

“We did need to double stack because it was a Safety Car stop. We were find on the hards and could have stayed out, but we had the gap and this is when you do these things.

“You can question that but I think it is absolutely the right call. Still, I cannot even watch these pictures.

“Overall we were doing a good job. Technical failures happen. It wasn’t any human error. These things happen and we have to learn from it.”

The fact that George Russell re-emerged with a mixed set of tyres from Valtteri Bottas allocation means the matter has been referred to the stewards for further investigation.