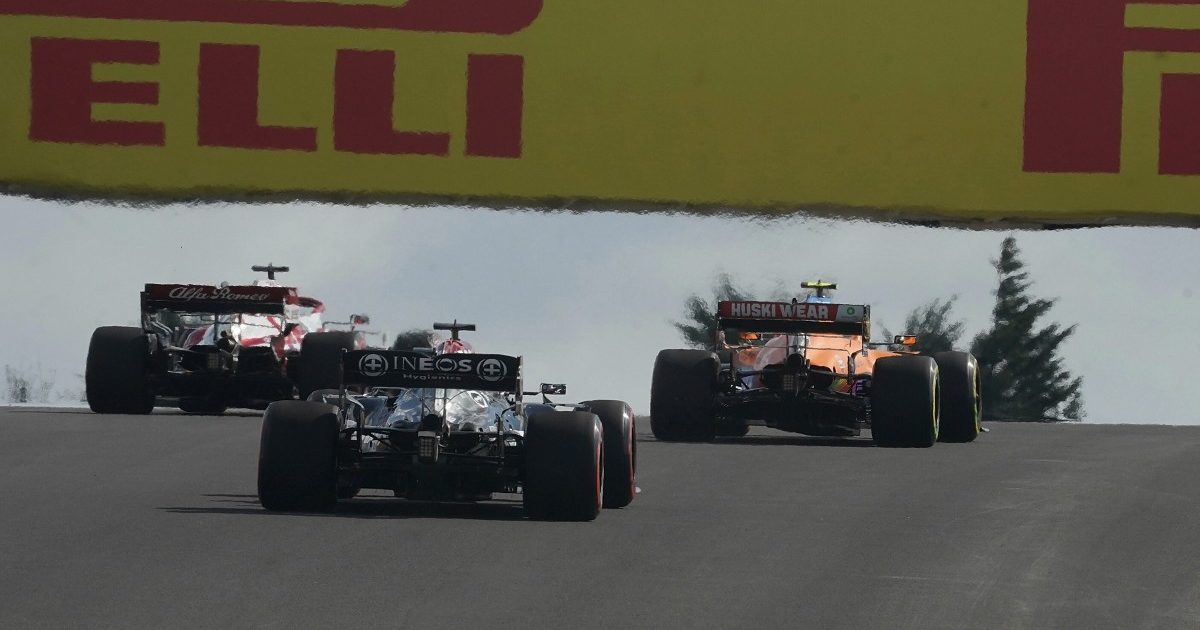 The seven-time World Champion could not have asked for a better start to on-track action at Istanbul Park, topping both Friday practice sessions while title rival Max Verstappen struggled with an unbalanced Red Bull.

By the time qualifying is all said and done though another P1 time would not earn Hamilton pole, since he will drop 10 places on the grid after taking a new internal combustion engine for the Turkish Grand Prix.

This is only Formula 1’s second recent visit to Istanbul following the venue’s return to the calendar in 2020, so data is not in plentiful supply on overtaking opportunities, especially since the 2020 Turkish Grand Prix saw extremely slippery tarmac and wet conditions.

That being said, Shovlin revealed some fears over Hamilton’s chances of working his way back up the order on Sunday after that grid drop.

“We’ve had a solid day; both cars are showing good pace on single lap and long run,” said Shovlin in Mercedes’ Friday debrief.

“We had to move the setup quite a bit over the course of the day as the track had more grip than we were expecting but it looks like we have ended up in about the right place.

“We need to go through the data to understand where the three tyre compounds are in terms of pace and degradation; we’d expected them to suffer a bit more given the high energy corners here but they seem to be holding up surprisingly well.

“It feels like other teams may have come in with the same preconceptions, as we saw a lot of soft tyres being used over the course of the day.

“The indications from free practice are that it’s going to be quite a challenge for Lewis to overtake on track but we’re looking at all the options available to us in strategy and on car setup to allow us to fight back on Sunday.”

Crucially for Mercedes, Valtteri Bottas finished FP2 with an advantage of over two-tenths on Verstappen, something which is vital he retains for Mercedes’ sake in the Drivers’ and Constructors’ title battles against Verstappen and Red Bull respectively.

“Valtteri has had a good start to the weekend and looked to have the edge on Max today,” said Shovlin.

“We’ll be working hard to try and keep that edge as it’s obviously a big boost to both championships if we can get Valtteri in front on Saturday and Sunday.”