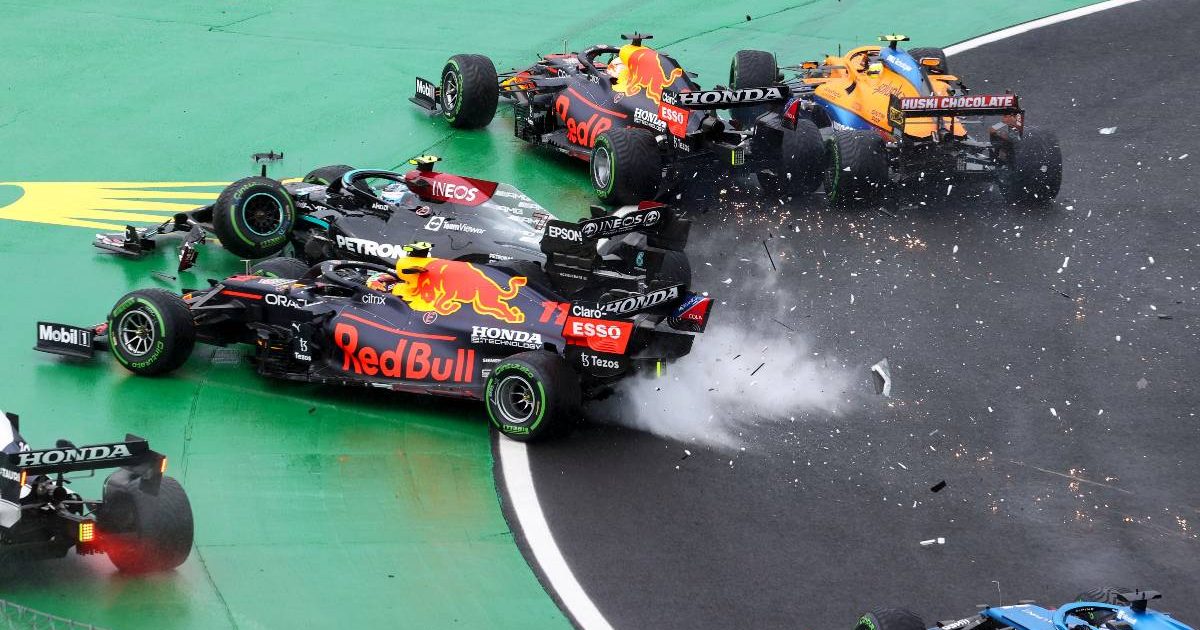 Minus the usual jabs between the teams typical of a title battle, this season had all been contested with a relatively healthy level of respect – until Silverstone, that was.

In Northamptonshire, that inevitable first major flashpoint arrived when title contenders Lewis Hamilton and Max Verstappen collided on the opening lap, sending Verstappen out of the race.

Red Bull were served with a heavy repair bill to get the RB16B back in working order, and another followed at the next round in Hungary, this time triggered by the other Mercedes of Valtteri Bottas.

The Finn slammed into the back of Lando Norris at Turn 1, a crash which ended up taking Red Bull’s Sergio Perez out of the race, while Verstappen’s car also suffered heavy damage in the shunt.

Hamilton earned a 10-second time penalty for the events of Silverstone, while Bottas carries a five-place grid drop into the Belgian Grand Prix.

But Marko believes those punishments, compared to some of the others that have been handed out, show a review of the system is needed.

“Until the last two races, the first half of the season was positive, then everything came together in a negative way,” Marko told Motorsport-Magazin.

“As a result, we have to ask ourselves whether the penalty system is justified after two errors by Mercedes. Maybe there should be different standards [levels of penalties].

“Antonio Giovinazzi gets a stop-go penalty after speeding in the pit lane and Sebastian Vettel is disqualified for not having enough fuel in his tank, while the 0.3 litres that was in his tank would have been enough for control [a fuel sample].

“On the other hand, we have two broken engines due to [the actions of] Mercedes drivers and that means that we have to take a hard hit financially. We have three million damages and that’s an amount we can’t easily find anymore.

“Such things can be the decisive factor in the title fight.

“That is why we need to look at it differently and whether the drivers who caused it have been negligent and whether something can be arranged.

“For example, that this damage does not count in the budget cap or that we can use some kind of joker.”