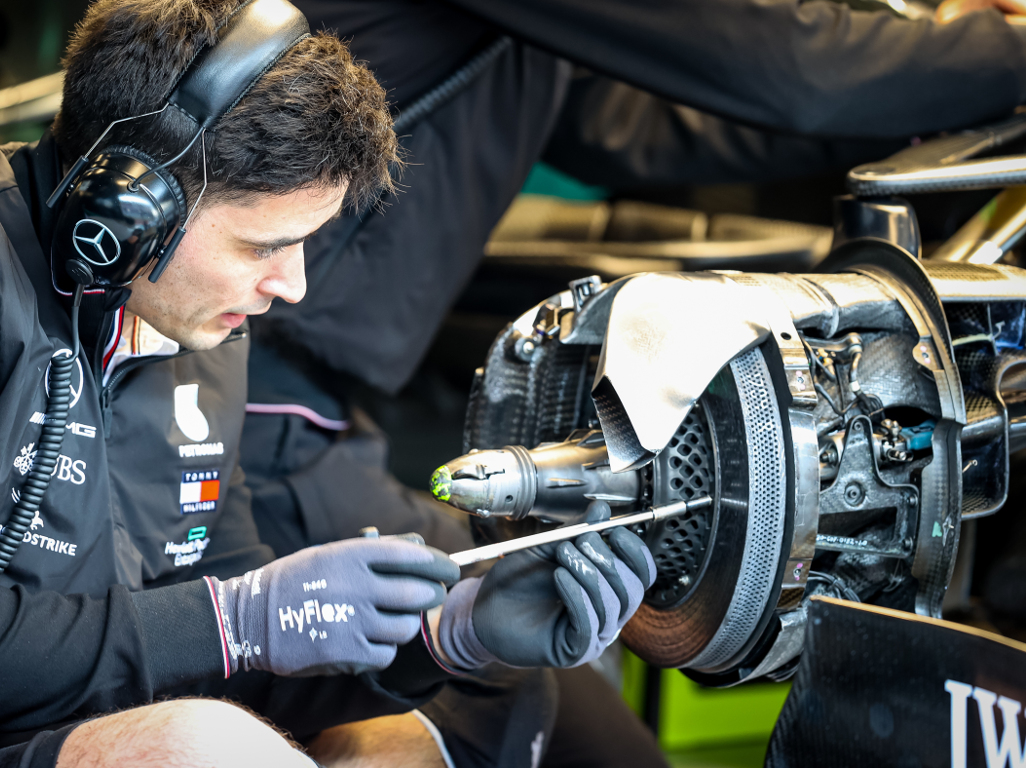 Mercedes’ dual axis steering, DAS, system may be legal when it is on the track but Renault’s Alan Permane has questioned whether it remains so in parc ferme.

Mercedes ran DAS for the first time at the Circuit de Catalunya in the opening pre-season test.

DAS, which changes the toe of the front wheels, is activated by pushing or pulling on the steering wheel.

By changing to toe-in or toe-out, the drivers can corner better, save on tyre wear and use it as drag reduction down the straights.

Mercedes is confident the system is legal, however, Permane wonders if it remains so when the car is in parc ferme.

The Renault sporting director told Autosport: “We don’t know what it is doing.

“James Allison and his men have done something clever, and undoubtedly they think there is plenty of lap time in it.

“I’m sure they’ve been through it with probably Nikolas [Tombazis], the FIA and his guys and are happy it’s legal. I agree.

“There’s probably a parc ferme question mark over it, but I suspect that the detail lies in is it a steering system or is it suspension system?

“The two in the technical regs are defined differently and that’s where the detail is.”

Parc ferme rules restrict teams from making any changes to the cars from the start of qualifying until the grand prix.

Rival teams could argue that by changing the toe by moving the steering wheel, the car is altered in parc ferme.

Article 34.6 of the rules states: “A competitor may not modify any part on the car or make changes to the set-up of the suspension whilst the car is being held under parc ferme conditions.

“In the case of a breach of this article the relevant driver must start the race from the pitlane and follow the procedures laid out in Article 36.2.

“In order that the scrutineers may be completely satisfied that no alterations have been made to the suspension systems or aerodynamic configuration of the car [with the exception of the front wing] whilst in pre-race parc ferme, it must be clear from physical inspection that changes cannot be made without the use of tools.”

But while Permane has some doubts, he reckons the DAS has definitely caught Mercedes’ rivals unaware.

“I think we were a little bit wide-eyed [about] what’s it doing, how’s it doing it,” he added.

“Like most people I think, we did a bit of video analysis. We don’t know what it’s doing.”