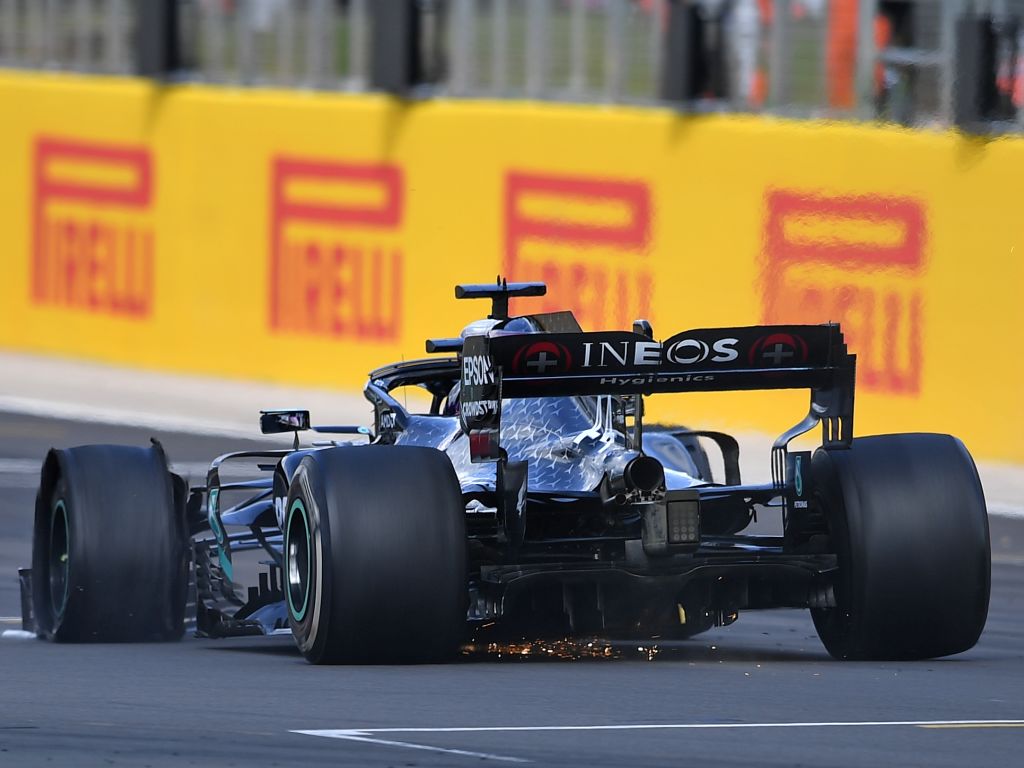 Mercedes have made it clear that their dual-axis steering system had no role in either tyre failure at the British Grand Prix.

Valtteri Bottas was running in P2 and was set to cross the line comfortably in that position before he suffered a left-front tyre failure, causing him to end up just outside the points in P11 after being unable to find a way past Sebastian Vettel once he had emerged from the pits with fresh tyres.

Mercedes then instructed race leader Lewis Hamilton to slow down on the last lap to ensure he made the finish, an order he followed.

But that still wasn’t enough to nurse the tyres to the end as Hamilton’s front left also failed with just over half the lap to go.

But the six-time World Champion was able to make it over the line on three wheels, finishing 5.85s ahead of Red Bull’s Max Verstappen who had made a late pit stop with the prospect of a race win seemingly gone.

Pirelli have confirmed that the failures, which also affected McLaren’s Carlos Sainz, were simply down to too much force being applied on the tyres.

That then backs up Mercedes who say DAS, which allows their drivers to adjust the toe of their front wheels, played no part whatsoever in the failures.

Speaking in Mercedes’ post-race debrief, the team’s strategy director James Vowles said: “A lot of questions this year, but also specifically [for] this race, were around DAS and whether that contributed to the failure or not.

“I can categorically say the answer is no. There are a few reasons behind that.

“Next, [Carlos] Sainz also experienced a failure and clearly, they are not using a DAS system on their car and a number of other competitors complained of the vibration that Valtteri was.

“This wasn’t contained to us but clearly, we were on the worse side of the problem.”

Pirelli are still going to bring softer compounds for the second race at Silverstone, the 70th Anniversary Grand Prix, as planned.

They will, however, increase the tyre pressures and the changes made to the kerb at the exit of Becketts have also been reversed, since it was feared that debris may have been brought onto the track when drivers kicked up dirt as they went over the area where the kerb was absent.

Nevertheless, Vowles expects teams to be much more cautious at the second race around Silverstone – certainly he thinks the one-stop strategies will be done away with.

“We have a wealth of data available to us, but the compounds are going to go one step softer this week,” he explained.

“We are going to go into Silverstone now eyes wide open. The reality behind it is that on Sunday, the Safety Car coming out as early as it did pushed all the competitors into that very long one-stop.

“People will be more cautious now and I am sure you will see a lot more two-stops, which may just be an effect of the compounds as well.”