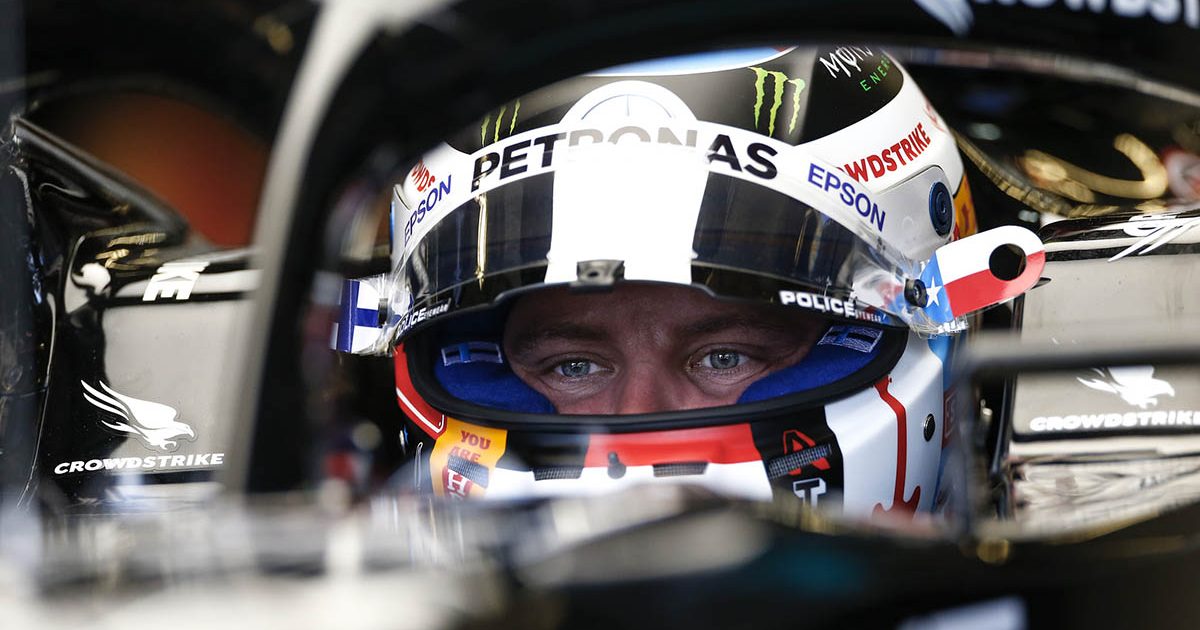 Mercedes have defended Valtteri Bottas’ performance at the United States Grand Prix, highlighting just how difficult it was to overtake in Austin, Texas.

Formula 1’s new ICEman, Bottas, had to contend with his third engine penalty in four race weekends, dropping five places from P4 to P9 having moved onto a sixth Internal Combustion Engine of the year.

Bottas could only recover to P6 by the time the chequered flag waved, adding just eight points to his tally and allowing Red Bull to make a little bit of ground in the Constructors’ battle following a 1-3 finish for Max Verstappen and Sergio Perez respectively.

Lewis Hamilton, of course, was sandwiched in between in P2.

Ahead of lights out, Bottas was bracing himself for a tough challenge having singled out Ferrari and McLaren as difficult cars to overtake.

Given Bottas’ slow progress through the field, questions were inevitably asked about his latest performance but, Mercedes’ motorsport strategy director, James Vowles, could not be the slightest bit critical of the Finn as it was clear that many other drivers were also struggling to counter the characteristics of the COTA circuit.

We’re talking overcuts, undercuts, one-stop races, engine change penalties and much, much more with James in this week’s debrief! 👀

“It wasn’t unique to Valtteri, you saw this up and down the field,” Vowles said in Mercedes’ post-Austin debrief about the difficulties of overtaking.

“If I take the example of Verstappen and Lewis, in stint one of the race Verstappen was seven tenth behind Lewis all stint clearly faster but unable to overtake.

“Right at the end of the race, Lewis had a tyre advantage to Verstappen when Verstappen was dropping off the tyre curves and Lewis couldn’t get close enough to overtake.

“It’s difficult on circuits and obviously it becomes more exaggerated on certain circuits relative to others.

“In Austin, you are getting a lot of tyre overheating. Everyone is and when you are the car behind, you suffer more from that than the car in front of you.

“The DRS is clearly a tool that enables us therefore to get through a car when you have a large performance differential, but for it to be effective you have to be within half a second, six tenths on corner exit before you open DRS for it to work.

“And in the case of Valtteri it was very, very hard to do that.”

Vowles also highlighted just how time consuming it was to overtake on race day at the United States Grand Prix, with drivers needing to back off and cool the tyres before preparing another attack on the car in front.

He added: “You saw in fact at the end of the race what he did is back off from Sainz, allow his tyres to cool down and then attacked one more time and did now get the position and that’s why.

“It’s very, very difficult for a number of laps to sit there and wait as your tyres are overheating. You’ve actually got to let them recover and try one more time.”

Bottas sits P3 in the Drivers’ Championship with five races remaining in his Mercedes career. He is likely to remain there, too, as he is 35 points ahead of Sergio Perez in P4 and 90.5 points behind team-mate Hamilton in P2.