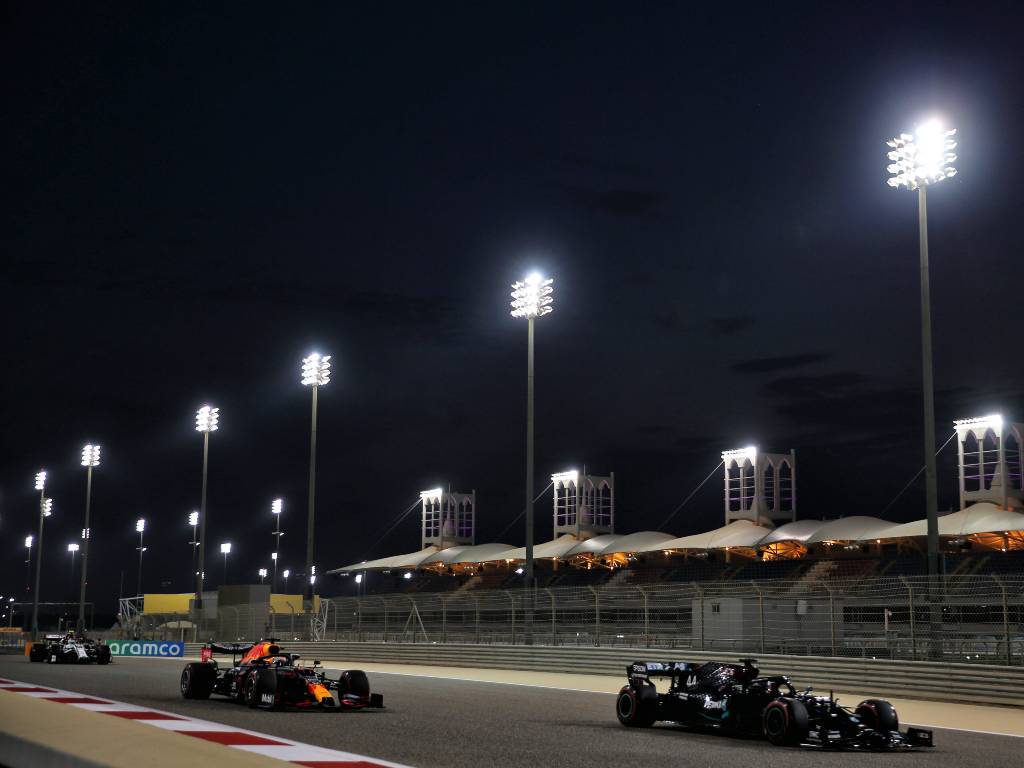 On the face of it, Lewis Hamilton and Valtteri Bottas will be expected to run and hide from the rest of the field at Sakhir having locked out the front row in qualifying ahead of Max Verstappen’s Red Bull.

But Shovlin does not see it that way, partly because Red Bull have an extra set of hard tyres at their disposal which could give them another option in terms of strategy and also due to the race simulation Mercedes had carried out in practice.

Sit back and enjoy Lewis’ flying lap which earned him a third #BahrainGP pole! 👏 pic.twitter.com/jY0moMkKjZ

“It’s not completely straightforward, we’ve been battling a bit with the car balance and throughout free practice we were struggling to get everything in the right window,” said Shovlin.

“However, in qualifying it came together nicely and we were able to find more and more time as the track gripped up.

“We are happy that we have both cars starting on the medium tyre, but we expect to see some differences in the strategy tomorrow as a number of teams have carried an extra hard tyre into their race allocation.

“Our long runs on Friday were distinctly average, so we made quite a few changes coming into today and hopefully we can keep the tyre temperatures under control during the race.

“It’s also a track where you can overtake, where degradation plays a big part in the strategy and where you can undercut from a long way back, which should make for an exciting race.”

Team principal Toto Wolff predicted the strategy Verstappen is likely to adopt as the Dutchman aims to pull off a victory like his previous one in 2020, in the 70th Anniversary Grand Prix at Silverstone where he capitalised on Mercedes’ greater tyre wear.

“Tomorrow is going to be fairly tricky,” said Wolff after referring to qualifying, in which Hamilton outpaced Bottas by 0.289sec in Q3, as “a good day in the office”.

“Verstappen has a second hard tyre and will most likely run a medium-hard-hard strategy which, on paper, is the fastest strategy. But we will do everything to put up a good fight.

“It will be an exciting race and we are looking forward to putting on a great show under the lights here in Bahrain.”