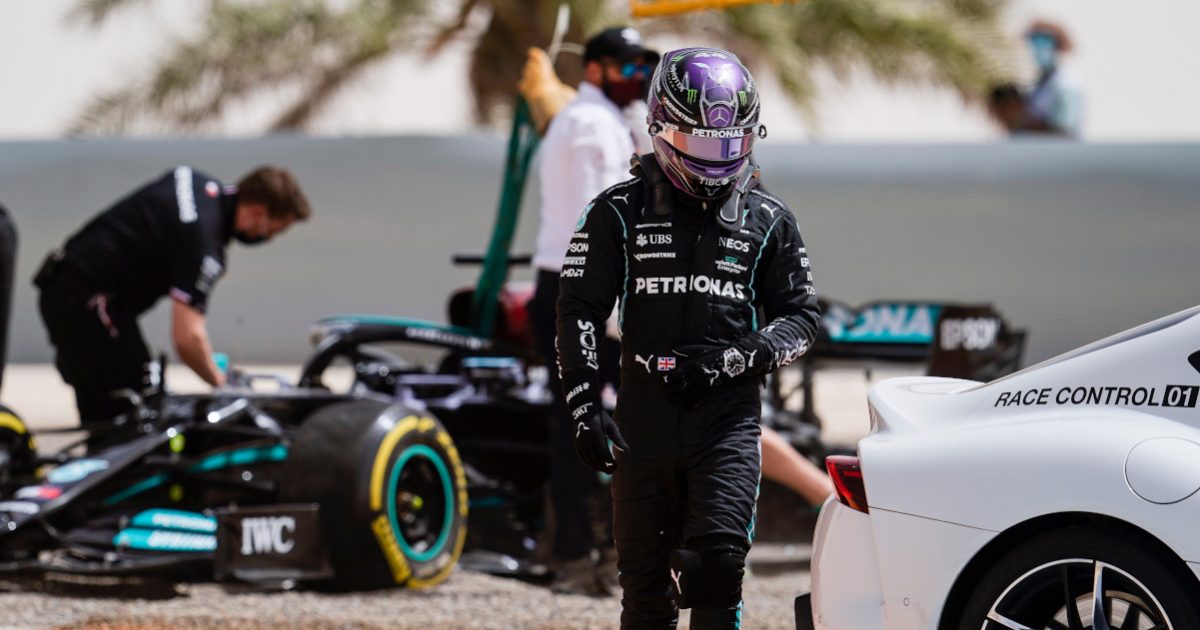 Mercedes’ claims that Red Bull have an advantage could be spot on, with Lando Norris saying the W12 was “not as good as expected” in testing.

While it seems unimaginable Mercedes have dropped the ball after seven seasons of dominating Formula 1, potentially they may have.

The W12 was off the pace in pre-season testing, at least on the surface of it, with Lewis Hamilton’s fastest lap time over a second slower than Max Verstappen’s pace-setting 1:28.960.

Compounding the situation, Verstappen’s time was set on the C4 Pirellis while Hamilton was using the softest of the tyres.

Of course, only Mercedes know whether the car was set up to qualifying spec and what fuel load they were running.

There were also reliability gremlins both for the Brackley squad and customer Aston Martin, who suffered both transmission and engine issues over the course of the three days.

The two teams finished bottom of the log for lap count, Mercedes covering 304 and Aston Martin 10 more. AlphaTauri, the team with the most laps, did 422.

For now though, it is all speculation.

Norris, however, feels Red Bull “looked strong” in testing whereas the same cannot be said of Mercedes.

He added to Sky F1: “The surprise is the Mercedes, it may not be as good as expected.

“But we all know they will probably still be strong.”

Big two weeks coming up ahead of the season opener back here in Bahrain. pic.twitter.com/aHjXfVoZz1

He told Motorsport-Total.com: “I didn’t look too closely at the guys in front but I asked them how things were going.

“But hey, this is Mercedes! The car will be fine. I’m pretty sure of that.”

As for Verstappen, the Red Bull driver says it is just testing, it really does not count towards anything.

“At the end of the day it’s a test,” he said. “The number of top Mercedes times in test runs has not been that high in recent years. So that doesn’t say much about pure performance.”