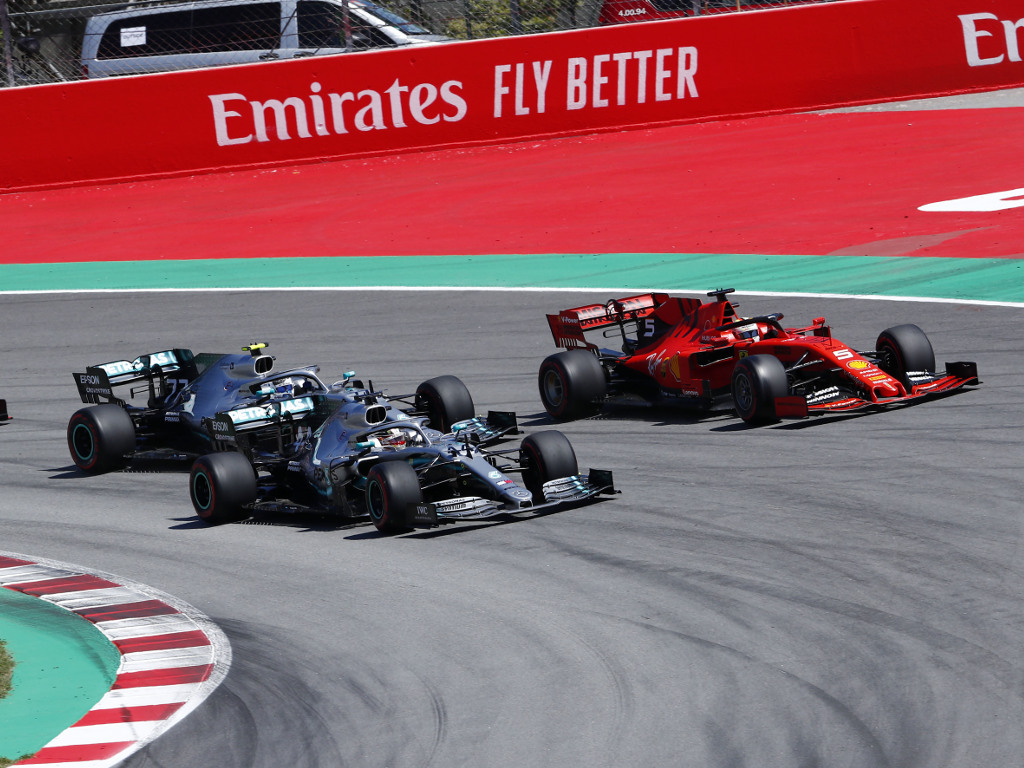 Liberty Media CEO Greg Maffei believes Mercedes are “doing too well” and that it’s not good for the sport.

The Silver Arrows have equalled Ferrari’s record of five-straight Drivers’ and Constructors’ Championships, and while it seemed the Scuderia could cost Mercedes the outright record following strong performances in testing, that has not come to fruition.

After claiming five-consecutive one-two finishes at the start of 2019, a record in its own right, Mercedes arguably look the most dominant they have since the first season of the turbo-hybrid era in 2014, and Liberty recognise this isn’t good for the series.

Speaking at the annual MoffettNathanson Media & Communications Summit in New York, Maffei said: “Unfortunately Barcelona was not as exciting as we would have liked.

“They are doing too well, we would like to see a lot more any given Sunday but we will see.”

“21 races, in 21 countries, and only one in the US for now,” he said. “I still think that growing the US fan-base is a very big part of the opportunity. That’s a longer term play.

“I have seen some studies that show that if you take the top sports, we are monetizing F1, I think at 8% or less than what the Champions League is doing on a per user basis. We are way under-monetized.

“We have a lot of opportunity to grow in markets like the US, that’s not going to happen in a week.

“We will likely get a second race in the US and probably continue to generate fan interest. We have gone from being with NBC on the second or third channel to being on ESPN and even some on ABC. So it’s higher profile.

“I think the growth opportunities in the US are real. I think the opportunity to get better monetization, not only on traditional broadcast, but potentially digital entrants down the road, is real.

“I think China is another opportunity like the US.”