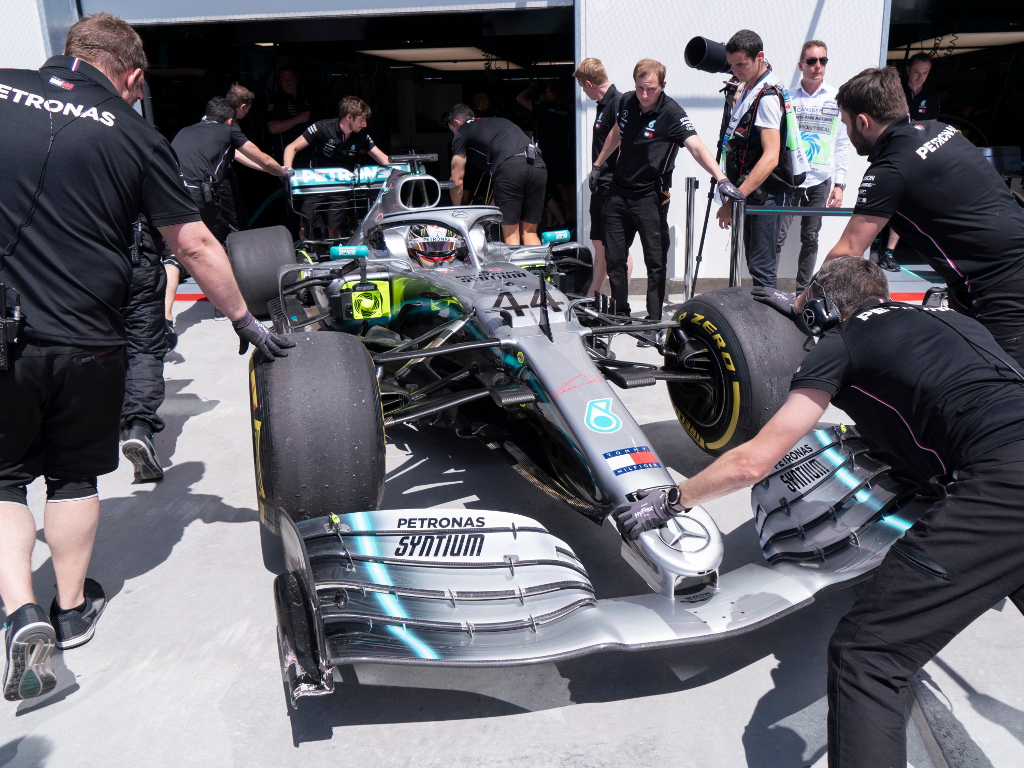 Mercedes were “pretty tight” on time in getting Lewis Hamilton’s W10 rebuilt after discovering a hydraulic leak in the wake of qualifying.

With three hours to go before the start of the Canadian Grand Prix news broke that Hamilton’s W10 was in pieces in the Mercedes garage due to a hydraulic leak.

Although the team had been aware of the problem after qualifying, they were not able to do anything until the Sunday due to parc ferme regulations.

As such the team faced a mad dash to find the problem, fix it and then put the car back together.

“We had some issues with Lewis’s car before the race and this actually became apparent after qualifying,” trackside engineering director Andrew Shovlin says in the latest Pure Pitwall video.

“We dropped the floor and noticed there was some oil on the floor, so somewhere there was a leak. We could also see on the data we were losing some hydraulic pressure.

“The issue is that the cars are then in parc ferme overnight so we are not allowed to touch them or to investigate further. So, that investigation moved to Sunday morning, when we are allowed to access the cars again, and the mechanics can work on them.

“So, that was quite a big job though, there’s a lot to do within that. And it was pretty tight to get Lewis’s car back together for the start of the race.

“While we are fairly happy we can do the work in that time, the issue when you have an unknown fault or a leak is you don’t know how long it is going to take you to find it, to identify it. We were able to get the car back together.”

The next test, which took place minutes before the cars had to head to the pit lane, was firing up the engine.

It worked and Hamilton left the pits to join the grid. He won the race.

Shovlin added: “Where we were at risk was if we then fired up and we found another problem, if the engine had to come out again, that’s when we would have got short on time and perhaps not even been able to start the race.

“But, it was a great job by all the mechanics involved and happily the car was back together in time and finished the race successfully.”