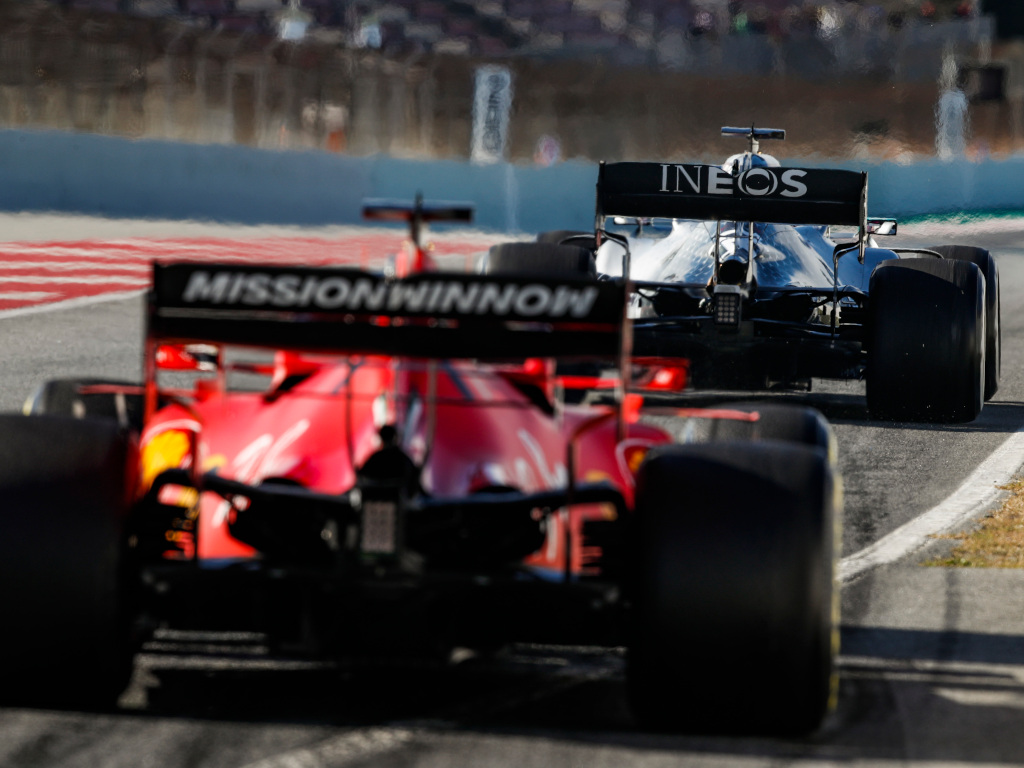 Mercedes may have led the outrage against Ferrari’s secret FIA deal but the Brackley squad has now pulled out, reportedly declaring a truce with the Scuderia.

Last season Ferrari’s engine created both suspicion and headlines as the Scuderia hit the front after the summer break.

Rivals accused them of illegally bypassing an FIA sensor that allowed Ferrari to increase its fuel flow rate.

The FIA seized engines from Ferrari and its customers and spent months trying to get to the bottom of the matter.

However, at the end of February motorsport’s governing body announced that it had reached a private settlement with Ferrari over the legality of their 2019 power unit.

Ferrari’s rivals were not impressed with the seven non Ferrari-powered teams writing to the FIA demanding details or else.

But according to F1-Insider.com, Mercedes is no longer participating.

The publication states that the reason for this is ‘conversation between FIAT and Ferrari President John Elkann and Daimler Board Member Ola Källenius.

‘Apparently they do not want to cause any further damage to the image of Formula 1 and the manufacturers involved.’

“Building on a totally inaccurate and biased fact pattern, not only do you challenge the decision of the FIA, you openly question the integrity of the Federation and its representatives, suggesting a fraudulent collusion between the FIA and Scuderia Ferrari,” he wrote in a letter to the teams.

“Your attitude goes well beyond a legitimate request for further clarification, which would have been welcomed by the FIA. It is a source of damage to the FIA F1 World Championship by itself.

“The FIA strongly rejects and denies your allegations.”

It is now over to Red Bull to lead the charge, or join in the retreat.