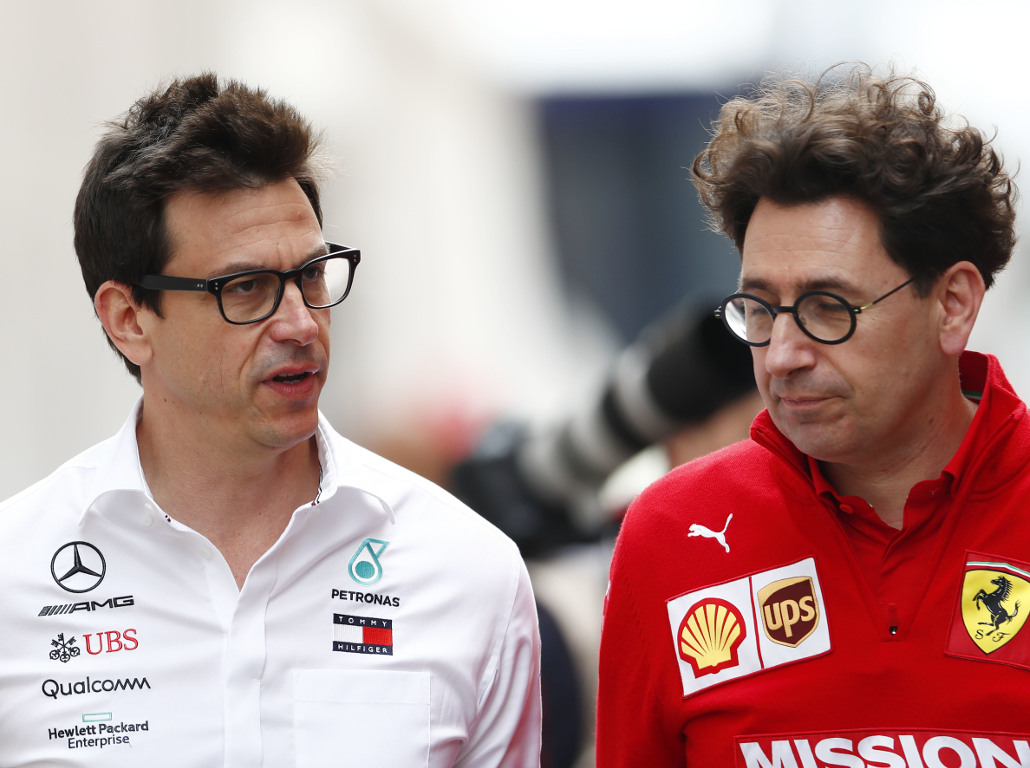 Toto Wolff brought the teams together to demand an explanation from the FIA over the Ferrari settlement while Red Bull’s Helmut Marko wants “$24 million” in compensation.

The 2020 Formula 1 hasn’t even begun but already there’s drama and controversy.

Last week the FIA announced that it has reached a “settlement” with Ferrari relating to last year’s engine but did not declare whether the settlement was because the Scuderia’s power unit was legal or if it wasn’t.

Rivals had accused Ferrari of breaching fuel flow rates and by passing the FIA sensors.

“The FIA announces that, after thorough technical investigations, it has concluded its analysis of the operation of the Scuderia Ferrari Formula 1 power unit and reached a settlement with the team,” read the statement.

“The specifics of the agreement will remain between the parties.”

Ferrari’s rivals were shocked and angered with all seven non-Ferrari power teams banding together to write an open letter to the FIA.

In it they expressed a “shared commitment to pursue full and proper disclosure in this matter, to ensure that our sport treats all competitors fairly and equally.

“In addition, we reserve our rights to seek legal redress, within the FIA’s due process and before the competent courts.”

According to reports, Ferrari was ratted out by a whistlebowler with Mercedes motorsport boss Wolff behind the letter to the FIA.

He told Speedweek.com: “The whole thing is a huge mess.

“It is not okay what Ferrari did, but still less how the FIA ??treats it. All the other teams are upset.”

But while any possible punishment for Ferrari, if of course the engine was illegal, wouldn’t impact Mercedes, it would Red Bull.

Red Bull finished third behind Mercedes and Ferrari while AlphaTauri was sixth in the championship.

“The behavior of the FIA is the real scandal,” he said.

“We should actually have instructed Red Bull Racing team boss Christian Horner to sue for $ 24 million in prize money that we would have been awarded for second place in the Constructors’ Championship if Ferrari had been punished accordingly.

“It is unbelievable what is written of an agreement.”

Marko revealed to F1-insider.com that it was Wolff who persauded the teams to persue the matter.

“This time we joined the campaign initiated by Mercedes,” he said. “In the future, however, we will think about our own ways to get our rights.”

Neither Ferrari nor the FIA have yet to comment.