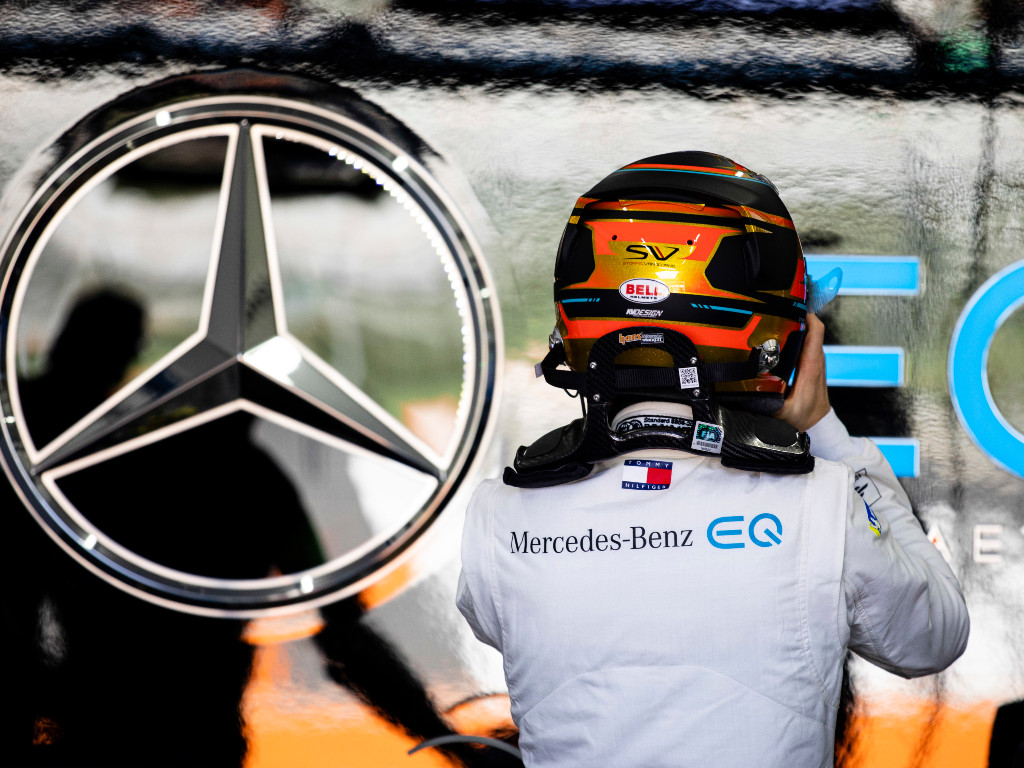 Mercedes’ Formula E team will move in to a facility at the Formula 1 team’s Brackley base for the start of the 2021/22 season.

The Race revealed details of the upcoming switch which means Mercedes‘ Formula E team will move away from its current approach of working out of several sites including their current race operations base at HWA’s headquarters in Affalterbach, southern Germany.

While the team structure will remain the same as Formula E prepares for the new campaign the Formula E squad will move into its own permanent base at the Brackley site for the following season.

The Race add that the basis of the move “comes from both Mercedes’ decision to complete a taster season with HWA in 2019-20, and the upcoming cost-cap legislation which will be introduced to Formula 1 in 2021.”

Mercedes’ FE team principal Ian James told The Race that this method of operating across multiple sites “made absolute sense to utilise that experience to get up and running in Formula E” as Mercedes worked alongside the experienced HWA team primarily from their headquarters.

However, with five different sites in total, that “isn’t the most efficient set-up.”

“That coupled with the other movements that are happening within Formula 1 at the moment, the cost cap, the restructuring that MGP is obviously going through meant that we have an opportunity over the next couple of years to strengthen synergies,” he continued.

“First and foremost it’s a Formula E decision but it’s done with the broader motorsport picture in mind.

“For season eight, we will locate the race trackside operations to the UK, in Brackley. So that’s really just to leverage those opportunities and those synergies that we’ve got with the wider Mercedes Benz motorsport family.”

In the city, stars never go out of style ⚡️

Our team will go racing in the beautiful @mercedesbenz EQ Silver Arrow 02 when @fiaformulae returns for Season 7 on January 16! 🥰#drivenbyEQ#ABBFormulaE#WeDriveTheCity pic.twitter.com/tBV1KaQv0u

Formula E is set to introduce new regulations for the 2022-23 season with manufacturers now needing to decide if they wish to commit to them.

James said that the “vast majority” of the R&D for the third iteration of Formula E’s rules will take place at Brackley.

“We’ve got the homologation freeze for season eight [2021/22], so there’s not quite as much pressure on that,” he explained.

“We’re yet to we get to see any key details on that perspective, for Gen3.

“There’s no final decision to be made on that at this stage, but the intention is to transition the vast majority of that [R&D] over to Brackley as well.”