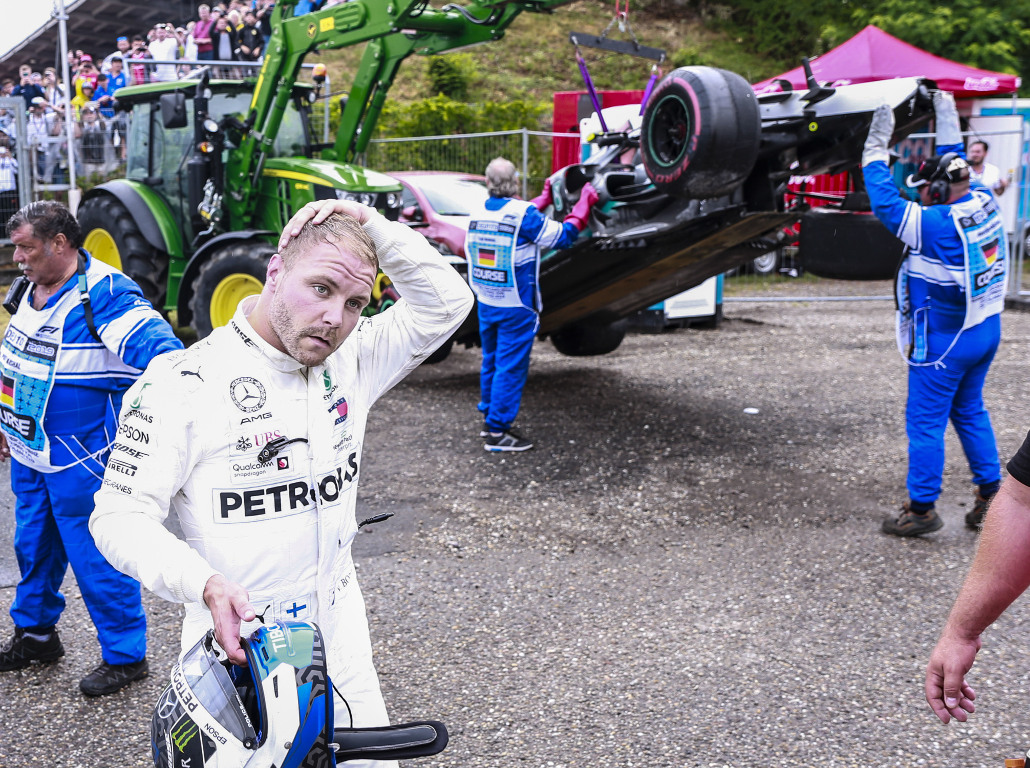 McLaren’s Lando Norris and team-mate Carlos Sainz have seen snippets of Netflix’s Drive to Survive season two, and they can’t wait to watch the full Mercedes’ meltdown at their home race in Germany again.

The first series of Netflix’s hit show which follows F1 behind the scenes earned rave reviews, and for the first time Mercedes and Ferrari will both feature in the second season.

Sadly for Mercedes, the team who have dominated F1 for the past six years, the cameras focused on them at exactly the wrong time.

Lewis Hamilton complained of being ill during the German GP weekend, and his dreadful performance in the rain-soaked race only made it worse.

The six-time World Champion would be promoted to P9 after both Alfa Romeo’s were given timed penalties, while team-mate Valtteri Bottas put his W10 in the wall at the same spot where Hamilton has survived a spin not long prior.

And the Silver Arrows aren’t about to get any sympathy over at McLaren.

When speaking about which part of Drive to Survive Series Two he is most looking forward to, Norris simply said: “Hockenheimring, Mercedes.”

“I’m looking forward to seeing what comes out of Mercedes, and Ferrari because it’s the first time they are there,” his team-mate Sainz added.

“The rest I think it will just be a continuation of all the characters that filmed with Netflix last year, with a new star of the show [pointing at Norris].”

Mercedes at least saw the funny side of it.

Trust us, it’ll be worth the wait boys… 😉@LandoNorris @Carlossainz55

This isn’t the first time this subject has cropped up – Red Bull’s Max Verstappen said last year that he looks forward to watching Mercedes’ woes at the German GP again, the race which he went on to win despite spinning himself.

“Hockenheim, because I think they were following Mercedes closely at Hockenheim, so I would like to see that episode,” he said during the 2019 Abu Dhabi GP driver press conference when asked what moment from 2019 he would include in Drive to Survive.

“It’s a bit of fun right? I mean they can laugh about it as well. They still won the championships, a bit of drama involved in the series is good.

“If I would be the director right because you need to create the hits.”