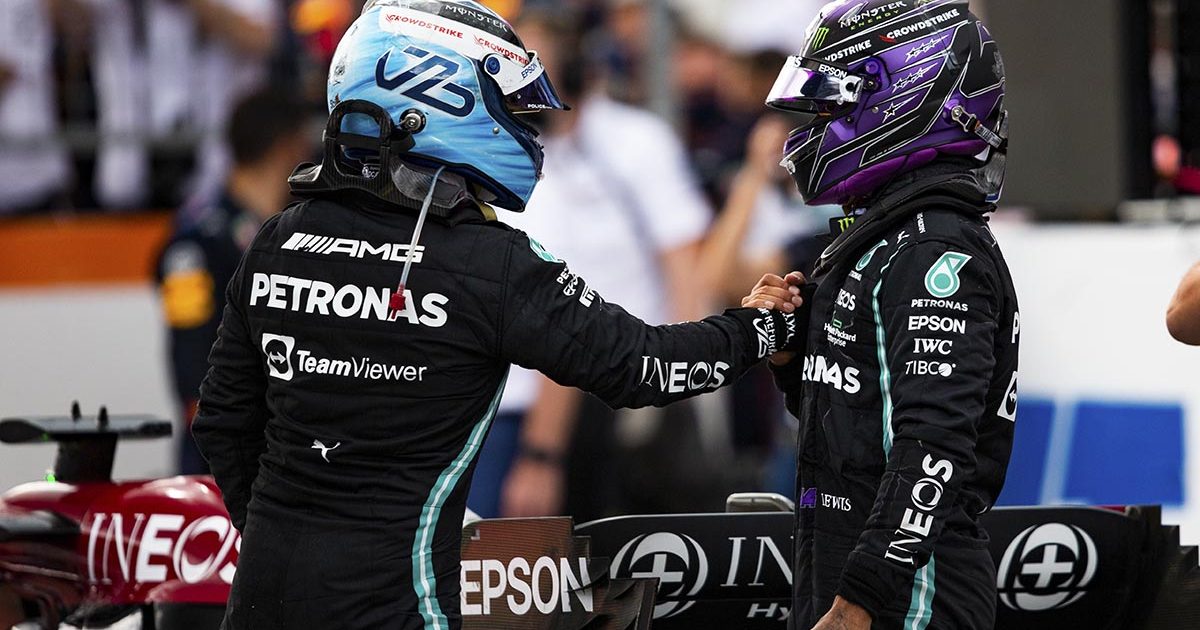 Ross Brawn thinks his former team Mercedes are “trying too hard” in their title battle with Red Bull, forcing them to “stumble a bit”.

Mercedes have never before gone four Formula 1 races without winning in the turbo hybrid and lost further ground on Red Bull after their most recent success at the Styrian Grand Prix on home soil.

Watching from outside looking in, Brawn has given his latest assessment on the title tussle between the two and thinks the roles have now been reversed.

“This is the fascinating thing about Formula 1,” Brawn wrote in his post-Styrian Grand Prix column.

“It did feel at the beginning of the year that Red Bull, who were a very slick operation, fumbled a bit. But now they are back up to speed.

“What looked to be the better car is now showing it in results.

“At the beginning of the year, Mercedes outraced them. That is not the case now.

“It’s been the opposite in the last couple of races. Mercedes are trying too hard, and they’ve stumbled a bit.

Another podium for LH on a day when we didn’t have the car to win. You know the Champ will be hungry for more next week! 🔥🔥 #StyrianGP pic.twitter.com/USlO6az2zH

Mercedes boss Toto Wolff has said there will be no more major upgrades coming to the W12 and, while Christian Horner thinks that is a lie, Brawn believes there could well be some truth to it.

“Red Bull are really starting to assert their authority,” he continued.

“It’s a very difficult year for Mercedes to come back because the focus is so strongly on next season – and the new regulations. Nothing can be done on the engine.

“Do they burn any resource on this car and sacrifice a bit for next year? I suspect not, as it’s so difficult to suddenly pick up the momentum on a car that you’ve probably stopped working on.

“They may try and race it more effectively, try and squeeze a bit more performance out of the set-up of the car, and how it’s working, but I don’t think we’re going to see any big upgrades or big changes in the car.

“They have to squeeze a bit more juice out of the lemon without putting too much resource into it to negatively impact next year.”

Much has been made as to how Red Bull have been able to gain so much on Mercedes, but Brawn reckons a lot of that added pace comes from their lower downforce rear wing.

That, he feels, will be leaving Mercedes with a lot of questions.

“It looks like Red Bull are running a lower drag configuration, giving them a straight-line speed advantage,” Brawn added.

“I don’t know if that is an option to Mercedes. Are they at the optimum? Do they question their simulations? Is the development of a new rear wing maybe the sort of project they could afford to put some resource into?

“That’s what going to be rattling around their minds until the break. Once the break is over, everyone will be committed to next year.

“Let’s see what happens in the next three races before the summer break.”