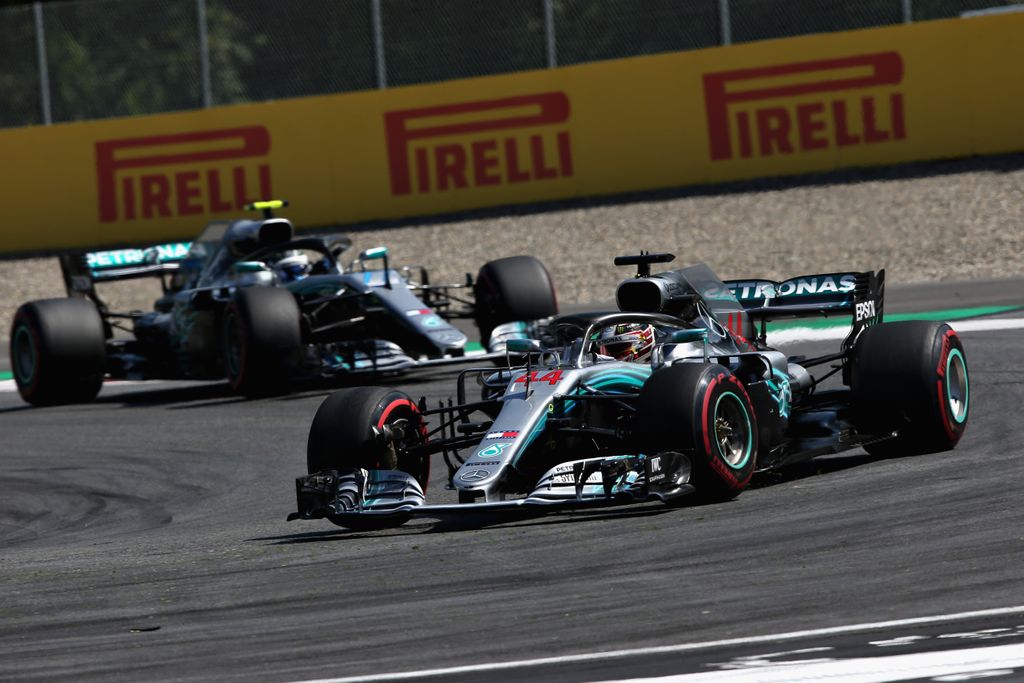 Mercedes technical boss James Allison is hopeful neither Lewis Hamilton or Valtteri Bottas will be hindered by engine penalties at the British Grand Prix.

Both Mercedes drivers retired from a disastrous Austrian Grand Prix where Bottas and Hamilton had lined up alongside each other on the front row.

A return of zero points means Ferrari now lead both World Championships heading into round 10 at Silverstone, but Allison is cautiously optimistic that Mercedes will be able to start on an equal footing with their rivals.

“We hope not,” Allison said when asked if engine penalties were on the way.

“We think that both failures were confined to the items which failed and they are both things which can be replaced without breaking into the sealed areas of the car which attract sporting penalties.

“But I say ‘we hope not’ because every time a car stops in an uncontrolled way, where a failure happens and systems are shut down, in a way which is unusual, we can’t be completely sure until we have done all the necessary checks that all the bits of the car which are sealed and which do attract penalties weren’t affected.

“We have got a bit of work on to make sure we are not taking undue risks with parts which might have had some consequential damage when the car was shut down.”

Sebastian Vettel has a one point lead in the Drivers’ World Championship, while Ferrari are 10 points in front of the Silver Arrows in the Constructors’.