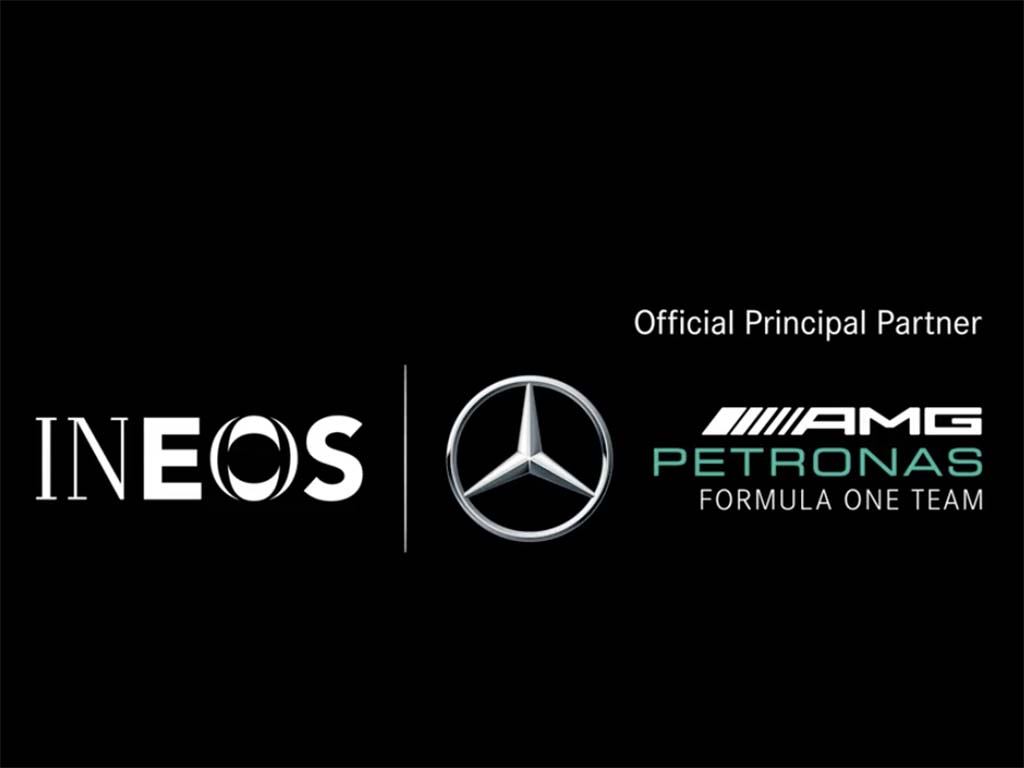 Mercedes has signalled their intent to remain in Formula 1 by announcing an expanded five-year partnership with INEOS.

INEOS are now an official principal partner of Mercedes with the deal holding the same weight as Mercedes’ partnership with Petronas. The two parties had already collaborated on cycling and sailing projects.

The announcement came at Mercedes’ W11 livery reveal show at the Royal Automobile Club in London.

Mercedes are yet to confirm their future in Formula 1 beyond the end of the 2020 season, with team principal Toto Wolff saying there are “still many issues to resolve”.

But, the length of this deal shows that Mercedes do want to commit their long-term future to the sport.

“Like I’ve always said, we are in this for the long term,” Wolff stated.

“Mercedes provides a great marketing platform for our brand. This is what we do. We build race cars and we build road cars.

“Formula One is the halo platform for hybrid engineering, something which is not communicated enough, because it was talked down at the beginning of the V6-Hybrid era and it is something that we should really put more emphasis on.

“We [Mercedes] like the platform, but at the same time we are in a negotiation with the rights holders and things need to be sorted out.

“The partnership is clearly something that indicates our wish to continue our successful journey in Formula 1.”

Wolff, however, would not give specifics on a timeframe for issues to be rectified with Formula 1 and the FIA.

“It’s an ongoing process and it’s a complicated set of contracts,” he added.

“A trilateral contract between the FIA, the commercial rights holder and all of the teams. That needs time and the devil lies in the detail.

“I wouldn’t want to commit to give a specific date because there are quite some topics that remain to be agreed on and it’s a work in progress.

“Clearly there is the will and the wish for all of the stakeholders to come to a close before we embark on the 2021 season because that would be an uncomfortable situation.”