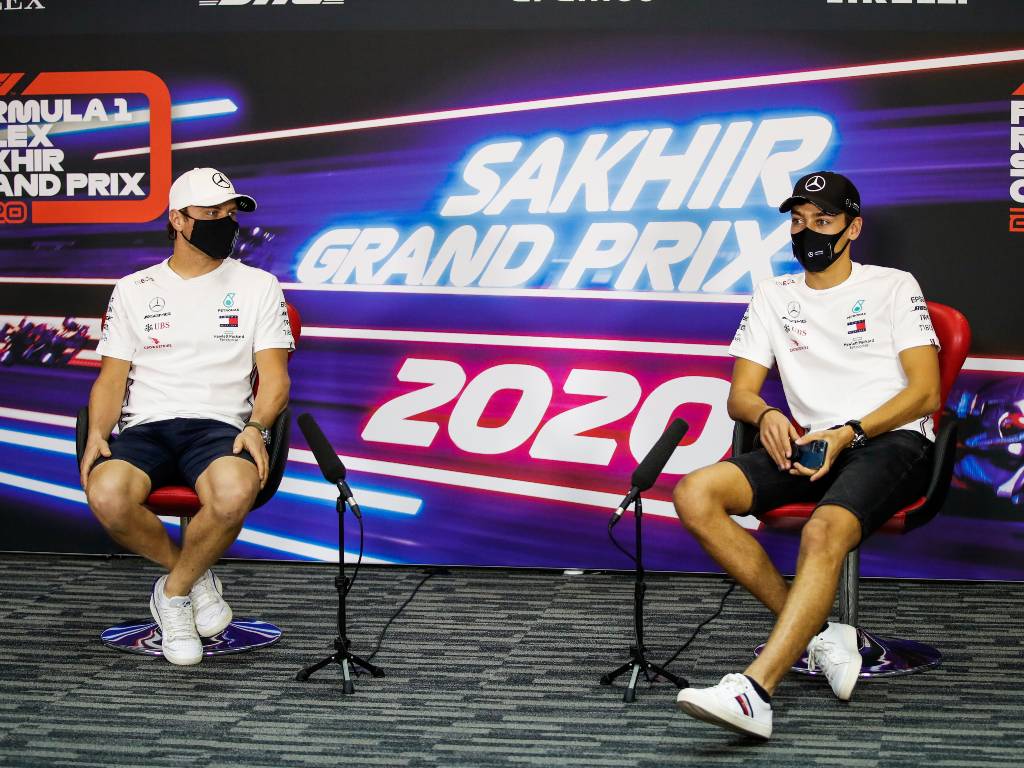 Mercedes have reacted amusingly to news that Valtteri Bottas and George Russell had removed their Formula 1 teams from their respective Instagram profiles.

The Express had reported that “last month, Bottas’ Instagram bio had a tag to Mercedes’ F1 account – but that has since been deleted.

“Meanwhile, Russell has also removed all mention of Williams from his bio, which now just reads ‘Formula 1 Driver’.”

The insinuation of the story was that Russell could be poised to replace Bottas in the Mercedes team for 2021, even though the Finn already has a contract in place.

And the timing, straight after the Sakhir Grand Prix, related to Russell’s impressive competitive debut for Mercedes.

The 22-year-old, who was standing in for Lewis Hamilton while the seven-time World Champion sat out the race having contracted COVID-19, narrowly missed out to Bottas for pole position, but beat him off the start line to take a lead which he held until a botched double-stack pit-stop under the Safety Car dropped the duo out of the top three.

Even then, Russell overtook Bottas – admittedly with the Finn on the same set of old hard tyres as before his failed pit-stop – and still had a chance to catch Sergio Perez for the race win until he suffered a puncture.

But in response to the edited Instagram profiles, Mercedes have urged F1 fans not to read anything into it…although it’s nice to know they are aware of what the rumour mill is producing!

“It’s just an Instagram bio. Don’t overthink it” with a suitable emoji is how the constructors’ World Champions have tried to play down the situation, and indeed there may be no more to it than that.

Only time will tell.

But for Bottas in particular, finishing eighth in the Sakhir Grand Prix was not the end he wanted to a weekend in which he had the ideal chance to stamp his authority and show Mercedes have made the right decision in retaining his services for 2021.

Mercedes team principal Toto Wolff admitted Bottas “did not shine” in the second of the two Bahrain races, and the 31-year-old driver has finished no higher than eighth in any of the last three grands prix.

But Wolff also said of a potential all-British line-up of Lewis Hamilton and Russell: “George is a Williams driver, he is signed up to Williams and our driver line-up is Valtteri and Lewis, so I don’t see this as a realistic situation at that moment of time [2021].

“But I can understand it would be an interesting situation, both in the team and maybe a bit of a wild ride for all of us. Maybe we’ll have that in the future.”