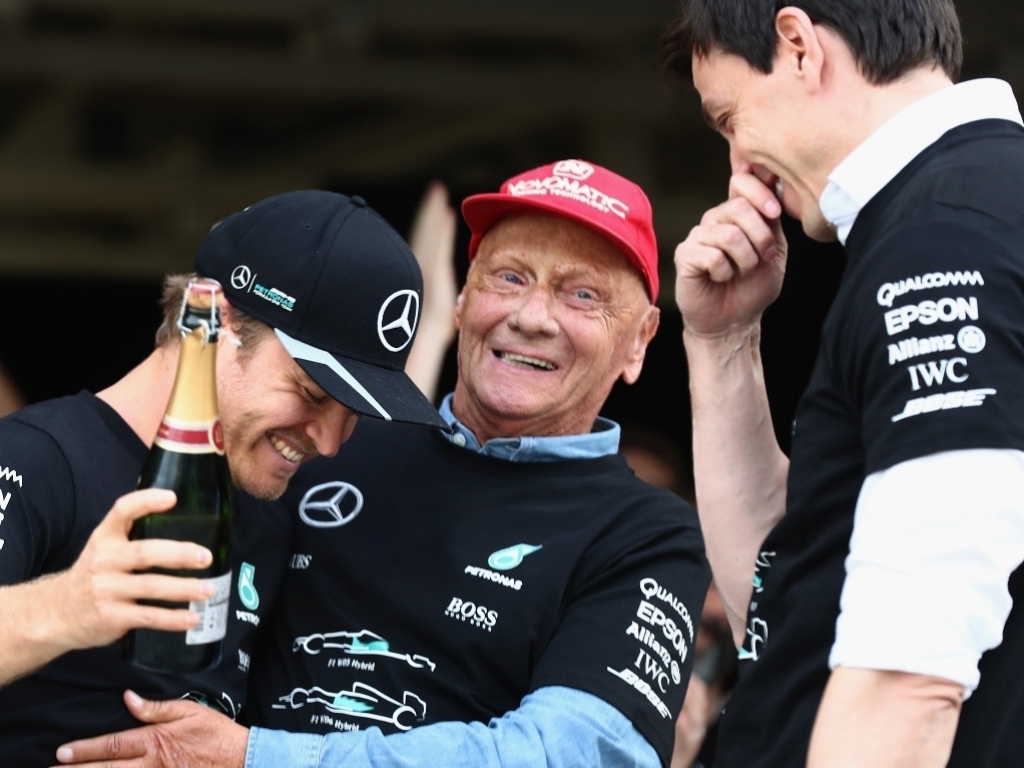 Practically “half” the Formula 1 grid and “maybe more” have already called Niki Lauda asking about the vacant Mercedes race-seat.

The German announced on Friday, five days after winning the World title, that he is retiring from Formula 1.

Lauda, a a Mercedes non-executive director, has been fielding calls ever since.

“Practically half of Formula One and maybe more. I am constantly taking calls,” he told Italy’s Gazzetta dello Sport.

But while Mercedes tweeted that ambition would trump experience in the criteria, Lauda reckons signing a young driver would be a risk.

He added: “Hiring a youngster is a risk and we don’t know how strong he would be.”

Lauda, who retired from F1 in 1979 but returned three years later to win the 1984 title, admits he was shocked by Rosberg’s decision. So much so that he thought the German was joking.

“I took it badly,” said the Austrian. “I was not expecting it. Nobody in Mercedes imagined he could say ‘enough’.

“At first I didn’t believe him.