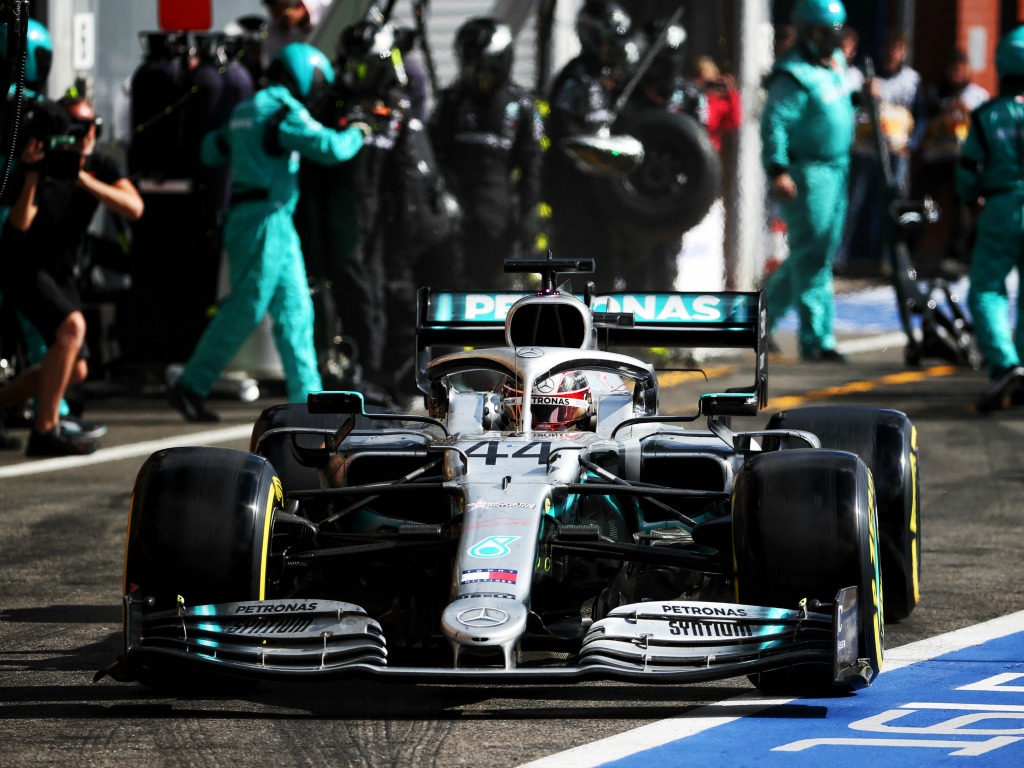 Lewis Hamilton and Mercedes boss Toto Wolff both came to the conclusion that they pitted too late as the World Championship leader settled for P2 at Spa.

Lewis Hamilton finished within a second of race winner Charles Leclerc, but the result could have well been reversed had Mercedes opted to pit him a little earlier.

Hamilton had to overcome a stubborn defence from Sebastian Vettel, who blocked Hamilton for a few precious laps to help his team-mate cling on for victory.

“I executed it the best I could, strategy maybe could have been slightly better, after Seb stopped, I was trying to keep up with him but he was very strong on the soft tyre,” Hamilton told reporters in Belgium.

“We just stayed out too long I think, because by the time he came in on the next lap, the gap was twice as big. Catching that up, and also I got stuck behind Seb.

“Forty-four is normally my lucky number but maybe we needed a few more laps. Congratulations to Charles, it’s his first win and it’s been coming all year so I’m really happy for him.”

“Ultimately, he [Leclerc] did a superb job. Even if we had different strategies, it would have been hard to beat him today.”

Close. But not close enough… 😬

Lewis and Valtteri make it a double #BelgianGP podium in P2 and P3, but it’s Charles Leclerc that takes his first @F1 win 👏 pic.twitter.com/ib5UR2FttR

Toto Wolff had the same view as Hamilton, but said it was easy to look smart in hindsight over what the optimum strategy should have been.

“Maybe we stayed out one or two laps too late with Lewis,” Wolff added to Sky Sports F1.

“But still overtaking on the straights against the Ferraris is very difficult. Maybe two would’ve done it.

“The optimum would’ve been a lap or two earlier, but then you’re always very clever at the end of the race.

“For us, it wasn’t a great track, and we lacked the speed on the straight lines. If this was damage limitation, we have to be very happy with it.”

Hamilton has still managed to extend his World Championship lead despite missing out on victory at Spa, but it was a far quieter afternoon for team-mate Valtteri Bottas who turned his engine down for the “Sunday drive” to P3.

“Honestly I think it’s my best result, in terms of the feeling and the performance I had, in Spa,” Bottas said.

“It’s normally been one of the most difficult ones for me. In the first stint I was lacking a bit in the end, with tyre drop off but in the second stint I was really strong.

“At the end, close to the flag, we knew we wouldn’t be getting any more opportunities, I was just saving the engine, saving the gearbox – it was a Sunday drive in the end.

“You know, we didn’t get many opportunities along the way, it was nice to pick up one place because we had a better strategy than Sebastian. It was positive, but we were waiting for the opportunities, but there weren’t many.”