Home News Mercedes all but confirm Hamilton to continue in F1 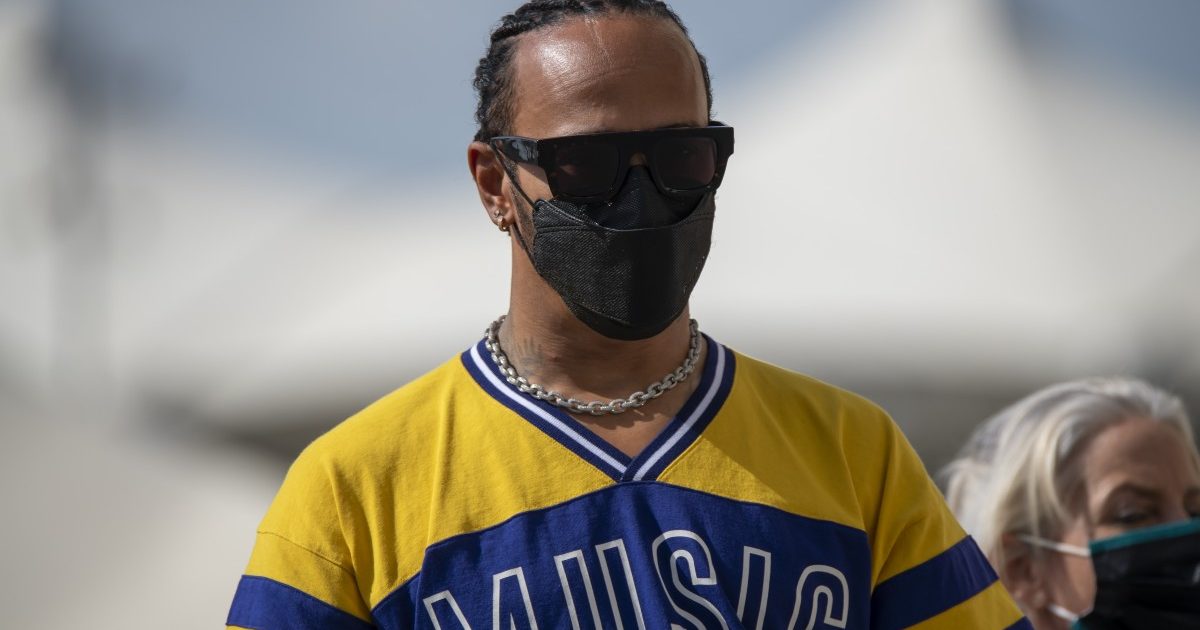 Mercedes effectively confirmed Lewis Hamilton’s place on the 2022 grid, referring to him as one of their drivers ahead of the W13 launch.

Hamilton’s future in Formula 1 was a hot topic for debate following the controversial conclusion to the 2021 season, where the Drivers’ title was snatched from him on the final lap of the Abu Dhabi Grand Prix by Max Verstappen.

Stating “we’ll see about next year” when quizzed on his future immediately after the race, it was interpreted by many than Hamilton was thinking of not returning for 2022, while Mercedes team boss Toto Wolff was also unable to guarantee that Hamilton would be back.

The seven-time World Champion had been on a social media silence across the winter, but after breaking that by stating “I’m back”, Mercedes later posted a tweet that featured an image of Hamilton in his race suit and holding his crash helmet, smiling and gazing at a wall of messages welcoming him back.

That was a further hint that Hamilton was going to stay in Formula 1, but that has now been pretty much confirmed in a Mercedes piece previewing the launch of their 2022 challenger, the W13, on February 18.

In that article, they referred to Hamilton and his new team-mate George Russell as “our 2022 drivers”, which affirms that Mercedes fully expect this to be their 2022 line-up.

“We’ll be officially unveiling our first car for this new era, the Mercedes-AMG F1 W13 E Performance, on Friday February 18,” the team states.

“Our new car will be unveiled in a digital launch presentation that will be broadcast live across our social media channels.

“The livestream will be hosted on our official YouTube, Facebook and Twitter accounts, as well as the Mercedes-AMG channels, other partner channels and select broadcast channels.

“It will be a morning launch event, UK time, with the livestream starting at 9:00am GMT.

“The show will be streaming live from the Wing at Silverstone, where you’ll be able to get the first look at the new W13 during the digital presentation.

“You’ll also have the chance to hear from our 2022 drivers, Lewis Hamilton and George Russell, and our Team Principal and CEO, Toto Wolff.

“Technical Director, Mike Elliott, and Managing Director of Mercedes AMG High Performance Powertrains, Hywel Thomas, will also feature, talking in more detail about the technical changes for this season. And our 2022 junior programme line-up will also be part of the show, as well.”

Following the launch, Mercedes will take the W13 out onto the Silverstone track later that day for its first run.

Mercedes hope that this will be the car which takes them to a ninth Constructors’ Championship in succession.