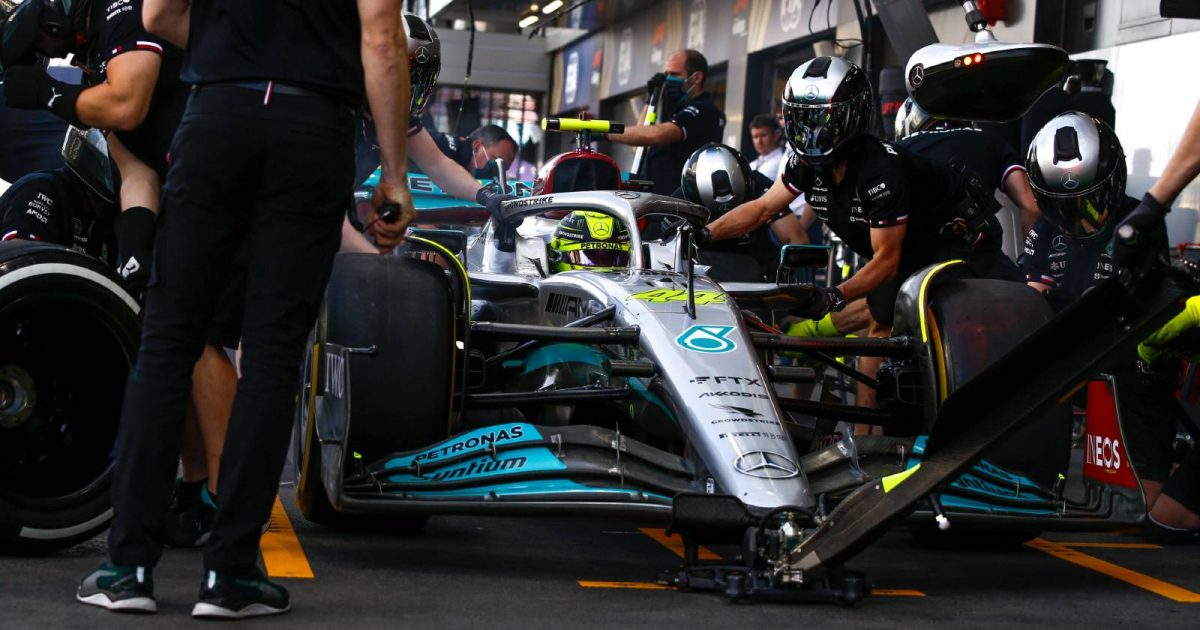 The seven-time former World Champion failed to reach Q2 on pure pace for the first time since the 2009 British Grand Prix, being only 16th quickest.

In terms of Q1 eliminations, it was Hamilton’s first for any reason since the 2017 Brazilian Grand Prix when he did not set a time, electing to start from the pit lane having changed his gearbox and power unit. He went on to finish fourth in the race.

But in Jeddah, it was entirely down to performance as Mercedes’ early struggles with the all-new W13 continued – albeit George Russell made it through to Q3 and is due to line up sixth on the grid barring any late changes to the order.

It's P6 and P16 on the night for the team. There's still a long race ahead of us tomorrow and you know we'll be giving it everything. pic.twitter.com/jhY8NMsXQV

During a red-flag stoppage for Nicholas Latifi’s crash, Hamilton expressed surprise that he had been seven tenths slower than Russell in the first sector of the Jeddah Corniche Circuit.

When the session resumed and Mercedes switched from medium to soft tyres, the 37-year-old could not find the pace he needed and as he tumbled down the order he found himself knocked into the bottom five by Lance Stroll’s Aston Martin.

“So sorry, guys,” said Hamilton over the team radio after being informed of his elimination, while on Sky F1 he later attributed the performance to having “just struggled with the balance of the car and we are not where we wanted to be – we went the wrong way with the set-up”.

Wolff confirmed to Sky Germany: “We tried something on Lewis’ car that did not work. He had zero grip on the rear axle. Time to wake up for us.”

Hamilton added in an interview with Formula 1.com: “It was something in the set-up that was looking good in FP3. Tried to progress in a similar direction and maybe we went too far.

“The car was just undrivable – so nervous.”

Asked about the prospect of a Hamilton masterclass from near the back of the grid to somewhere close to the front, the 37-year-old Briton replied: “Well, I’ve got the same car as I had in qualifying, so I don’t anticipate moving that far forwards. But I’ll give it everything.”

While Hamilton was 1.488sec off the fastest lap in Q1, Russell found himself 0.904sec down on pole-sitter Sergio Perez in the top-10 shootout as Red Bull and Ferrari looked in a different league to all of the other teams.