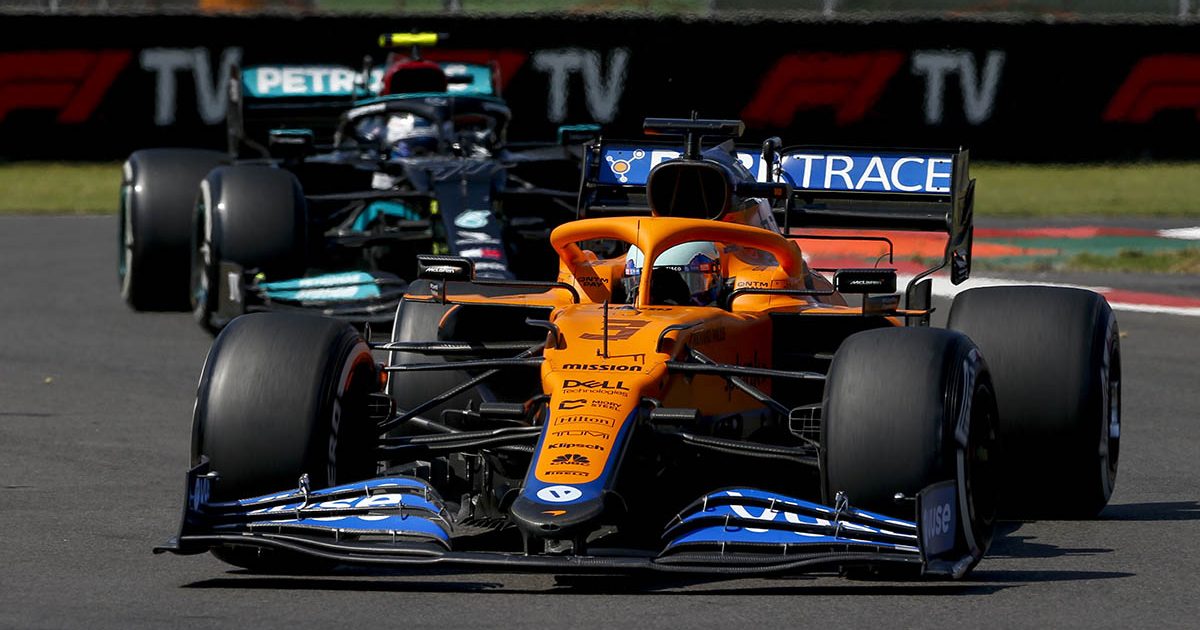 On the long, long dash down to Turn 1 in Mexico, Ricciardo looked to work his way up from P7 on the grid by going down the inside line but he locked up the front right tyre in the process.

In front of him, Bottas came across to take the apex and that resulted in Ricciardo tapping the side of the Finn’s W12 and pitching him into a spin.

The FIA did not even investigate the collision, never mind dish out punishment, and left Mercedes seething over the decision given that it would pretty much ruin Bottas’ race.

“I have spoken to a couple of the Mercedes engineers and they are livid that Daniel didn’t end up with a penalty,” Chandhok said on Sky F1.

“That’s because later on, of course, Bottas got stuck behind Ricciardo [for the vast majority of the race].”

While Mercedes made their frustrations clear, Ricciardo, who said he would apologise to Bottas, actually feels better about his role in the incident after watching it back for a second time.

No points in Mexico 🇲🇽🏁

Disappointing race today. Got hit in 1st corner and even if I tried it all I could not make it back to the points today. Just not my day.

We take the learnings and let’s come back stronger in Brazil next weekend @MercedesAMGF1 👊#VB77 #F1 #MexicanGP pic.twitter.com/L8v8IvLfvc

“I went to the inside of Perez and I do remember locking at one point,” Ricciardo said, as quoted by Fox Sports Australia.

“Replaying it in my head over the next 70 laps, I thought I locked and went up into Valtteri. So I was kind of obviously kicking myself.

“But then looking at the replay, it looked like I locked in the straight-line phase and then actually recovered before turning in. And it looked like there was just not enough room.

“Obviously Valtteri came across, probably expecting to have a bit of clear track, and then there was Perez and me. So I don’t really blame Valtteri, obviously.

“I’m the one that hit him. But honestly, looking at the replay, I just think it’s a first lap incident and a matter of maybe me being optimistic.

“I feel that it’s one of those gaps: if you don’t go for it, someone else will and then you’re going to get the short end of the straw.

“Obviously I’m disappointed. And I’m still going to be hard on myself and I never want to ruin my race on lap one.

“But let’s say, if it’s possible to feel any better, I feel slightly better after seeing the replay. And it was actually quite a small hit. But we know these cars don’t take much to damage.”