Home News Mercedes created their ‘own issues’ in Austria qualy 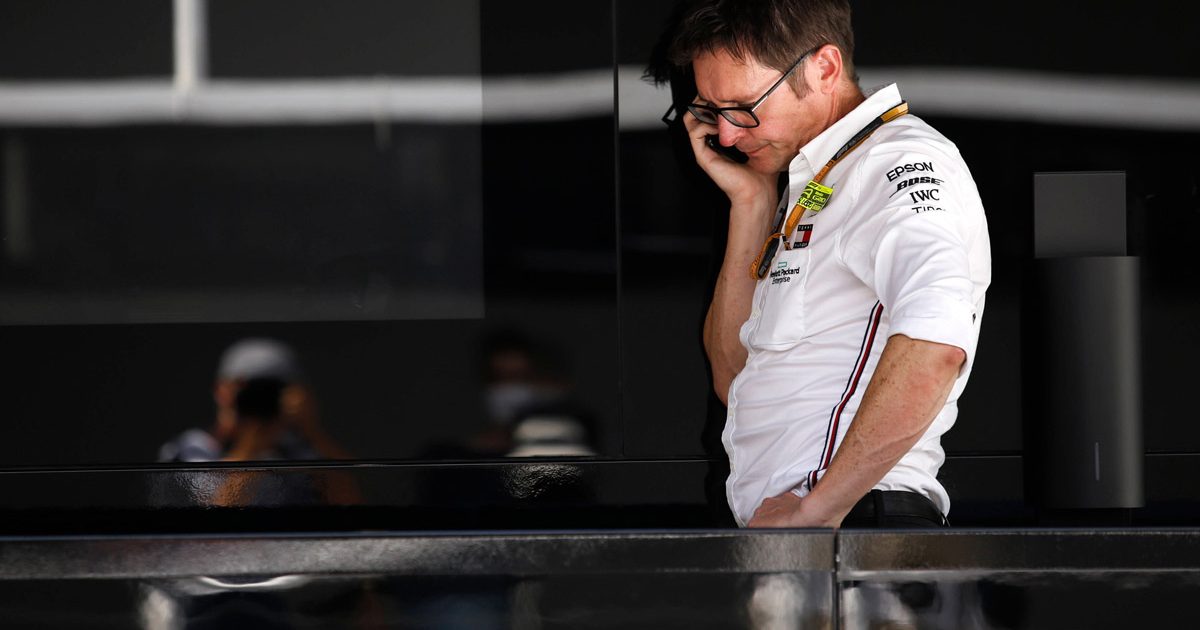 Mercedes‘ trackside engineering director Andrew Shovlin says the team were “not pleased with the result” in Austria and were “makers of our own issues”.

Valtteri Bottas finished a distant second behind dominant Max Verstappen at the Austrian Grand Prix, while Lewis Hamilton damaged his car and slipped back to P4.

Hamilton later admitted the team are “miles away” from Red Bull in the Formula 1 pecking order as it stands, as Verstappen extended his lead in the Drivers’ Championship to 32 points over the Briton.

But Shovlin feels the team underachieved in the race, despite their pace deficit to the championship leaders.

“I think we would have been satisfied with a second and a third, which was realistically the best we could have done,” he said.

“We were the makers of our own issues a bit with the poor qualifying [on Saturday]. So that made it very difficult to be even thinking of challenging Max.

“I think in reality his pace was too strong, that even if Lewis had stint one behind him I don’t think we’d have troubled them.

“The car has not been working well, but then we had damage on Lewis’ car with some deterioration of some of the aero bits on the rear cake tin and that cost him a lot of performance, which ultimately was what dropped him from second to fourth.

“Overall, a bit frustrating, both from a performance point of view and the fact we need to keep the car in one piece.”

Shovlin said the team have struggled at the Red Bull Ring overall, attributing those issues to the softer tyre compound selections by Pirelli for the second outing in Spielberg alongside track-specific problems that have seen their gap to Red Bull grow.

Team principal Toto Wolff said the team hope to recover and “blow everybody away” at the next race in Silverstone, but Shovlin said Mercedes need to address their processes and where they are going wrong in their pursuit of the title.

“We haven’t been particularly strong here in general,” he continued.

“That isn’t so much evident in the gap to where Red Bull are, just how much pressure we were under really with McLaren, and Lando did a great job but ended up ahead of us.

“[For] some of those, this track isn’t suiting the car and we’ve not made any real inroads to that over the two races here. So that feels like a bit of a longer-term thing to look at.

“And then also that very soft compound, the C5, just wasn’t giving us as much in the hot conditions on Saturday as we were getting from it on Friday. And there’s another question there.

“It wasn’t so much that we did anything wrong but when you look at where the performance order was, we would have to acknowledge there’s something we are doing that isn’t right.”