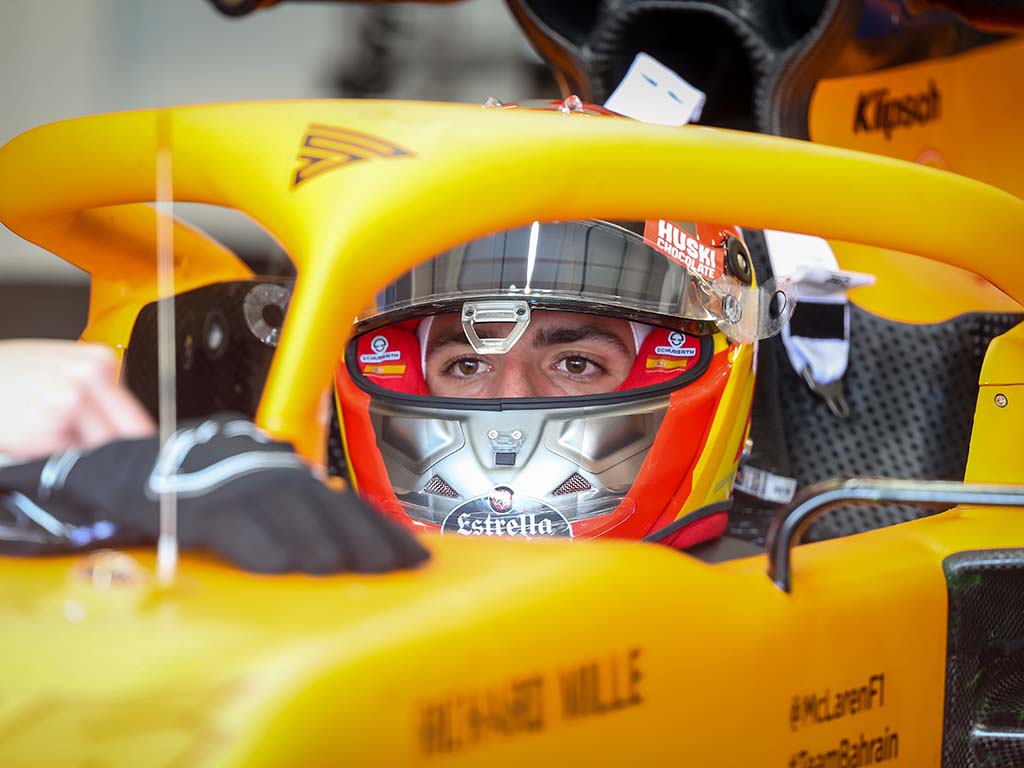 Carlos Sainz has said it will be “very difficult” for McLaren to make a big step when smaller teams are getting help from the bigger teams.

Sainz is of course making reference to the Racing RP20, which is being dubbed the ‘pink Mercedes’ in the Formula 1 paddock due to its extreme likeness to the Silver Arrows’ title-winning W10.

While Sainz and McLaren want to predominantly focus on themselves and their own self-improvement, he did concede that the copycat model that other teams are using is going to make life hard for them in this year’s midfield battle.

“A team like McLaren always has pressure to deliver,” Sainz said in Barcelona, as quoted by RaceFans.net.

“McLaren is one of the best teams in the history of Formula 1 and we know that fourth, fifth is still not where McLaren wants to be.

“But McLaren also knows that this is still very early on this new project that we have put ourselves and we are looking at the medium-longer term target of fighting for the top positions again.

“It’s very difficult to say at the moment.

“You can see some of the smaller teams getting a lot of help from the bigger teams. So if they come here with a car that is very similar to last year’s Red Bull or to last year’s Mercedes, it is going to be very difficult for McLaren to do that [big] a step.

“So we don’t depend on what the others are doing. We depend on what we can do. And at the moment we can only focus on ourselves, keep doing the steps that we’re doing.

“Like the ’35 car hitting the track and doing a lot of laps, and feeling the car already a step better than last year on the first day, and opening windows of development.

“That’s the only thing we can do at the moment and we cannot think in what the others are doing.”