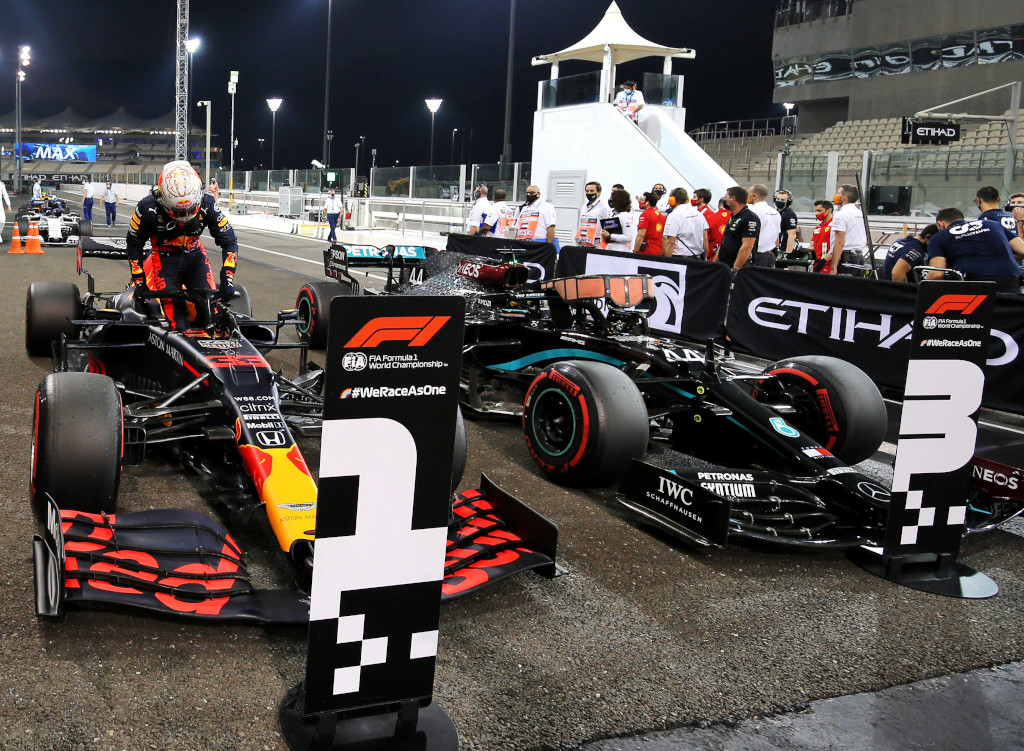 Mercedes say the lurking MGU-K gremlin was not the reason they lost both qualifying and the race to Red Bull at the season finale in Abu Dhabi.

Red Bull had the last laugh at the end of the 2020 season with Max Verstappen coming out on top in a thrilling pole position battle before completely dominating race proceedings come Sunday night at the Yas Marina circuit.

Mercedes boss Toto Wolff revealed after qualifying that their cars had the engines turned down due to concerns over the MGU-K element that was causing reliability issues for customer teams Racing Point and Williams.

Both Mercedes driver said after the race they were unaware of a power loss, but whilst it did happen, Mercedes chief strategist James Vowles has said it is not the reason why the Silver Arrows could not add another win to their tally.

“There was some issues with Perez in Bahrain that caused ultimately him to stop,” Vowles said in Mercedes’ Abu Dhabi debrief.

“We also had some awareness of issues with George during the Abu Dhabi weekend and as a precaution and solely as a precaution we decided to detune some of the power settings on the MGU-K at certain points in the weekend only.

“To be clear: it didn’t affect our fastest laps in qualifying. That was us pushing to the maximum.

“We just weren’t quick enough on the tyres. In terms of the race itself, it was the systems or a number of ways of using the K that we used a little bit more sparingly.

“The performance wasn’t dramatic, it was around about a tenth a lap and it wasn’t a system that we stopped using, we just used it less than we normally would.

“It is certainly not the reason why we lost the race either in qualifying or actually on Sunday. It was just a component as to why perhaps Red Bull pulled away a little bit more than we would have liked.”

Mercedes have not got fully to the bottom of the reasons why they lost, but Vowles did also highlight the fact that Red Bull brought upgrades to their car ahead of the final race weekend of the season.

Vowles answered: “Believe you, me, we are asking ourselves today and we will continue to until we have enough answers to really conclude what happened.

“First and foremost Red Bull have been there or there abouts all season, they have been developing the car, they had new developments this weekend as well in terms of a new rear wing on their car and you wouldn’t put something on unless it was faster.

“So, what’s clear is that at some point a competitive team like Red Bull was going to catch us. But that doesn’t explain everything.

“We definitely took a step back relative to the field. So, what went wrong? In qualifying itself, as previously answered, there is some evidence we just weren’t quite there with the tyres.

“But that doesn’t answer the race, the race was on the Medium compound and the Hard compound and we thought we were in quite a good range on those.

“Looking at the balance of the car we were just suffering with terrible amounts of understeer and this track punishes you, in fact it is the front right tyre that you need to look after.

“Most tracks are rear dominated, this one is very much an issue on the front right because of the cornering that you have in Abu Dhabi, and that held us back.

“It certainly meant that we weren’t performing at our best in the race and it wasn’t our intention to have a balance that was oriented that way. Does that explain everything? I am not sure but ultimately that is what this week is all about.”