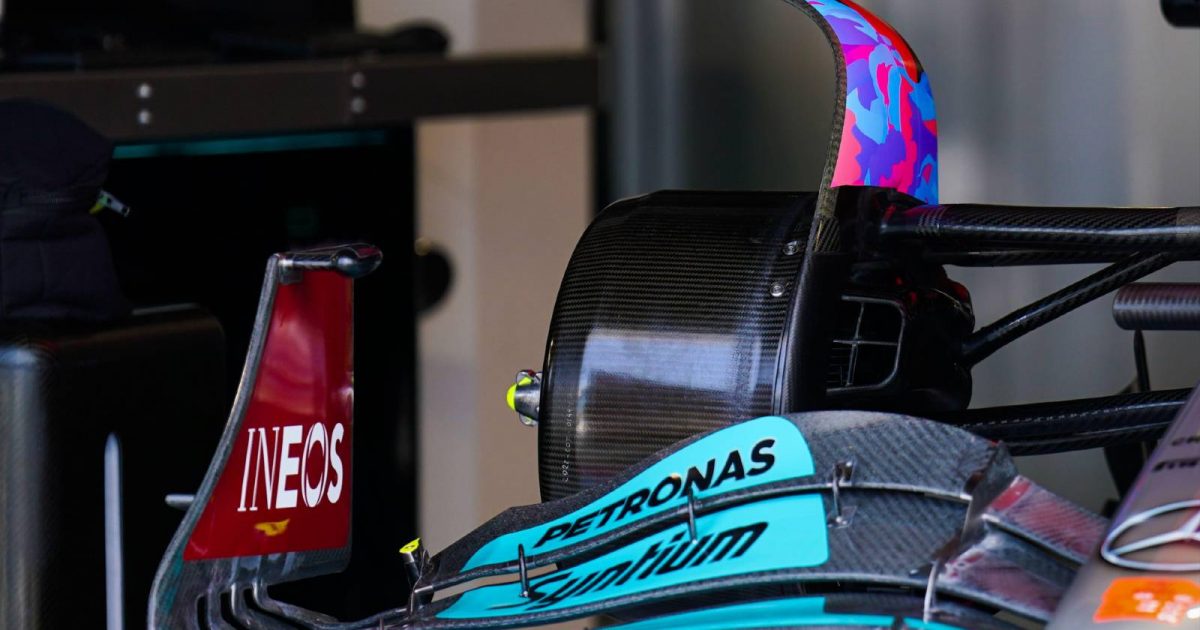 Mercedes have disclosed a series of wing upgrades for the Miami Grand Prix as they try to improve their disappointing performance so far this season.

From being eight-time consecutive Constructors’ champions, Mercedes already look to be out of the reckoning for this year’s titles only four races into the campaign.

They trail leaders Ferrari by 47 points in the teams’ standings and are 36 adrift of second-placed Red Bull – not insurmountable deficits to overturn, but only if they can get themselves back on the pace of those rivals in the foreseeable future.

In the Drivers’ list, George Russell and Lewis Hamilton are 37 and 58 points respectively behind championship leader Charles Leclerc.

Knowing they need to leave no stone unturned in their quest to extract more from the ‘porpoising’ W13, Mercedes revealed their updates at the Miami ‘show and tell’ session that is now a feature of every race.

Divided into three components, number one was for the front wing endplate and described as a “new endplate with smaller chord vertical tip elements”.

The team said “the new design improves front wing efficiency by reducing the pressure difference between the top and bottom surfaces at the wing tip”.

Number two looked to be the ‘biggie’, in the form of a whole new rear wing – as identified by Hamilton at his press conference.

They added: “Based on circuit simulations, this is likely to be preferred over our higher downforce option used at the first four races of the season”.

Finally, a new beam wing “is paired with the new rear wing configuration and also generates reduced downforce and lower drag as part of the lower drag aero package for Miami”.

However, before the weekend’s action had begun at the new venue of the Miami International Autodrome, Hamilton indicated he was not expecting these upgrades to prove a ‘silver bullet’ in bridging the gap to Ferrari and Red Bull.

“I don’t anticipate that much change in that sense,” said Hamilton during the press conference, where the seven-time former World Champion also insisted he was not becoming disillusioned by Mercedes’ struggles.

“[We are] going through a tough time, didn’t come out of the starting blocks the way we wanted,” he added.

“But we are fighters and if you don’t know that about me, you don’t know me. I will keep doing my best to huddle up with the team and fight as hard as we can.”