Home News Mercedes on media games: ‘We don’t do that at all’ 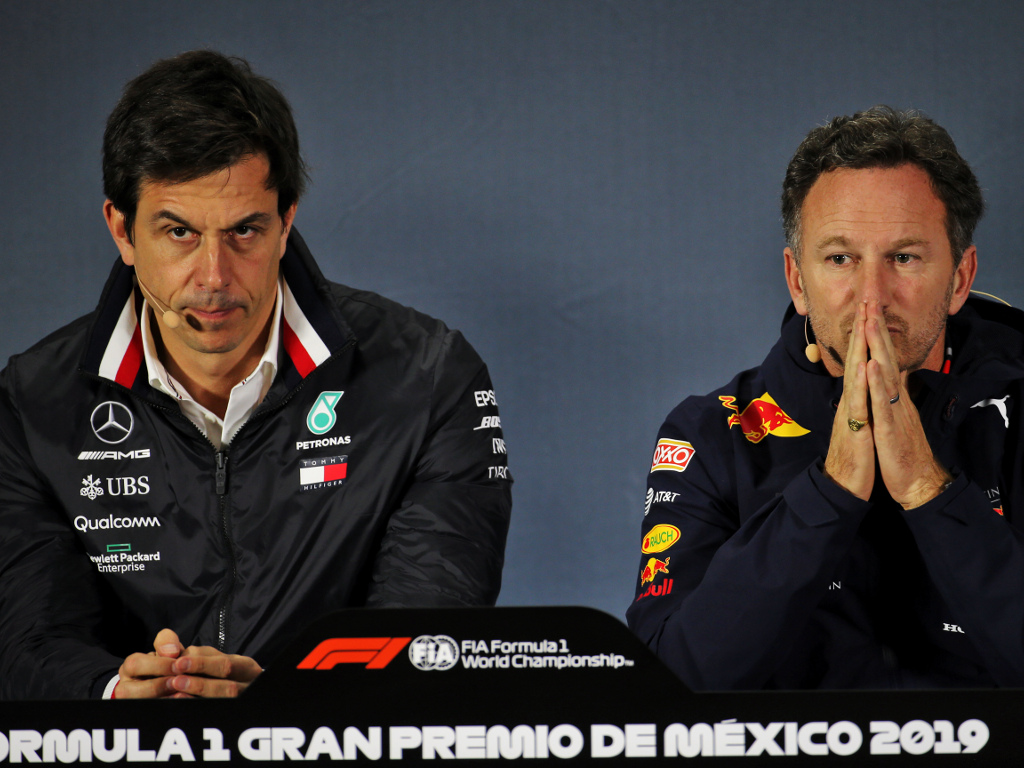 Mercedes duo Lewis Hamilton and Toto Wolff have both said they do not get involved or distracted by the mind games played by their rivals.

The Silver Arrows are faced with the prospect every year of either Ferrari and/or Red Bull being their biggest rivals and preventing them from collecting more F1 silverware.

A similar battle will await when the 2020 season eventually gets underway but, while the likes of Charles Leclerc and Max Verstappen have been billed as the potential heirs to Hamilton’s throne, the six-time World Champion says he just does all his talking on the track.

Wolff was in complete agreement with his star driver, saying there is always this idea, which he feels is a wrong one, that mind games in the press have to be created in order to improve chances of success.

“I think we’re always just looking ahead,” Hamilton said when asked about the threat of Ferrari and Red Bull in a sit-down interview with Wolff and Sky Sports F1’s Martin Brundle.

“We don’t know what they have in store for us at the moment. All we can do is focus on what’s ahead of us and take one step at a time.

“We don’t get caught up wondering what Ferrari or Red Bull are doing. They can talk all they want.

“The way I’ve been brought up is to do my talking on the track.

“Exactly,” Wolff agreed. “Do the talking on the track.

“It’s the lap time that counts and not the talking. Many people make the mistake that you have to play some kind of media game. We don’t do that at all.”

Hamilton and Wolff have also said they have had plenty of fall outs over the years spent working together at Mercedes, but it has never escalated to bust-ups.