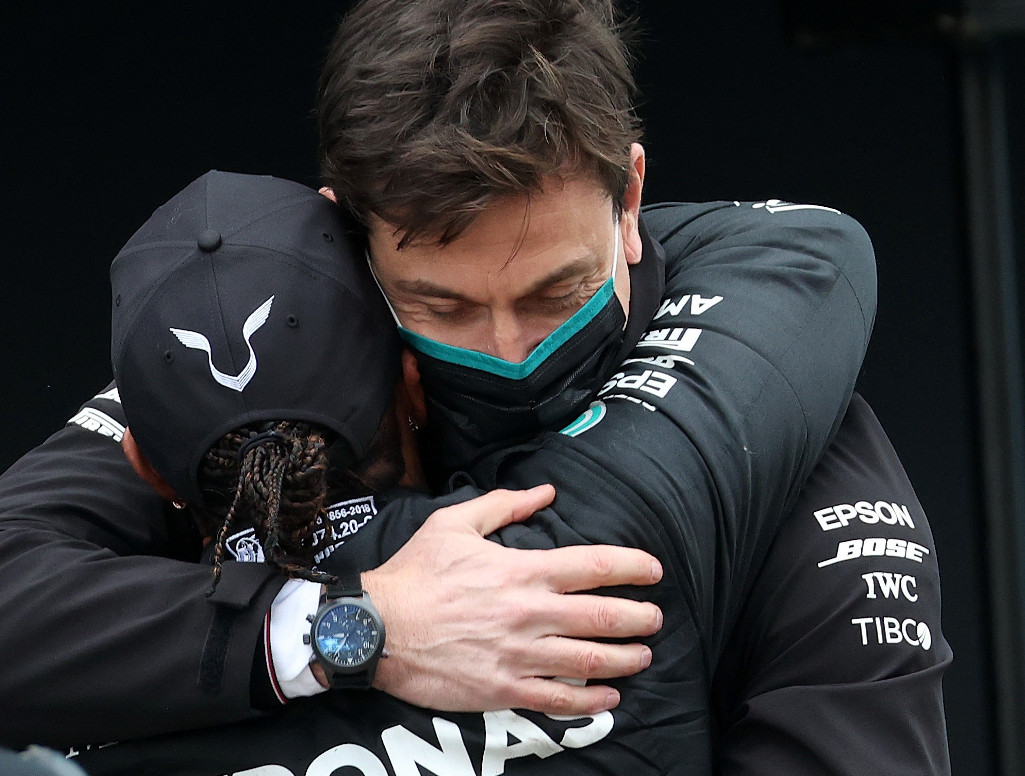 Toto Wolff has never made a “threatening gesture” to Lewis Hamilton by playing the “George Russell card” during their contract negotiations.

With less than nine weeks until the 2021 season gets underway in Bahrain, Mercedes has yet to secure Hamilton’s signature on a new deal.

The talks, which kicked into high gear after the 2020 Abu Dhabi season finale, have yet to yield consensus with some reports claiming it is the duration that’s the problem while others say it is all down to money.

According to the rumour mill, Mercedes’ parent company Daimler is questioning why they need to pay Hamilton 40 million for three years when they can get Russell, who was the star of the Sakhir GP when he substituted for Hamilton, for a whole lot less.

Wolff, however, insists he has never, and will never, play the “Russell card” against the seven-time World Champion.

“We never played the George Russell card on him,” he told ORF.

“George did extremely well and will someday sit in a top car but in our long-term partnership (the Hamilton/Mercedes one), it’s not about making any threatening gestures.

“We knew we wanted to drive together and now we just have to negotiate the contract.”

Toto Wolff on the current status of Lewis's contract negotiations:

The Mercedes motorsport boss downplayed the nature of the negotiations, which – at least from the outside – have been dragging on for almost a year.

Mercedes and Hamilton were expected to agree a new deal back in March last year only for the talks to be postponed due to Covid-19.

That postponement continued even when the season got underway with Hamilton saying he wanted to wrap up the title before chatting with Wolff.

The next deadline was said to be Christmas with Wolff wanting the deal sorted by then.

A month later Mercedes, and the teams’ fans, are still waiting.

He explained: “As is the case with negotiations, you come from different corners, it’s quite normal.

“We have a solid basis in our relationship, we have enjoyed great success and we want to continue that but somethings you have to talk things out and that took us some time or is still going on, but before Bahrain at the latest we have to sign something.”

The Austrian says the only deadline is the season-opening Bahrain GP.

He said: “The lawyers are working hard, of course we don’t make life easy for them when we both keep on discussing like crazy over Zoom and keep sending curveballs to the lawyers.

“But he is now in the USA and I am here and at some point we will finalise it.”

As for that fountain pen Tweet, Wolff says it will come in use one day.

“We’ll get the fountain pen out one day, but if we don’t see each other it’s difficult to sign something,” he said.