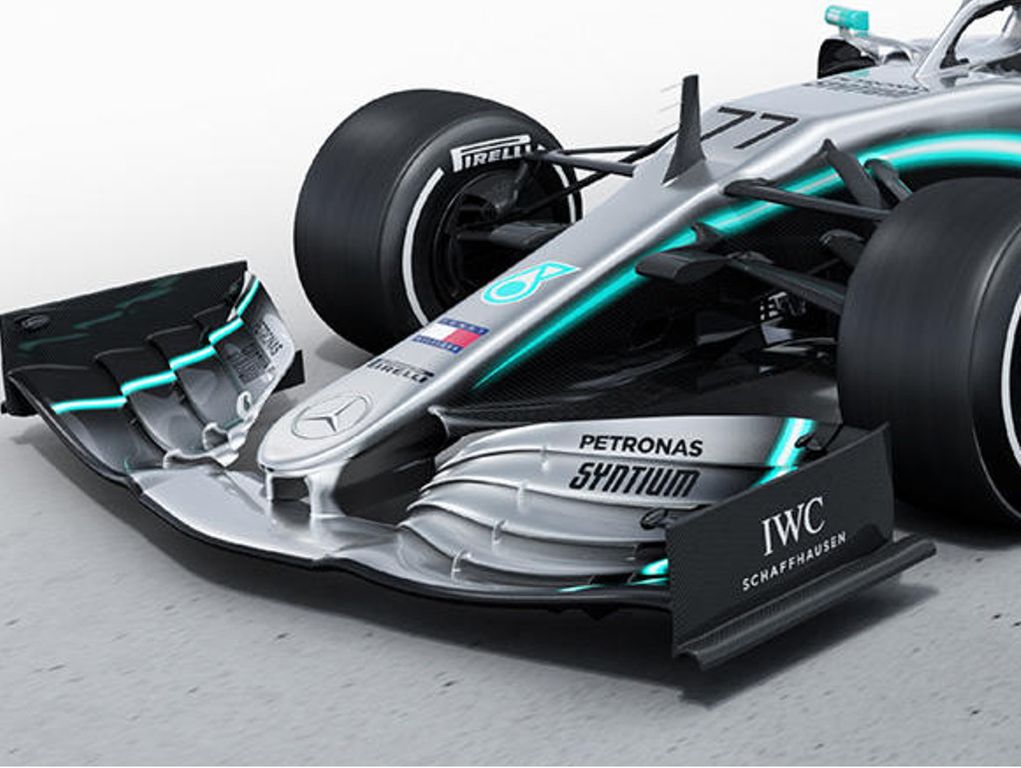 Although exhilarated by F1’s new 2019 aerodynamic rules, Mercedes’ James Allison says there is always the worry about dropping the ball and getting it wrong.

Formula 1 has introduced new aerodynamic regulations for this year’s championship, with the main changes relating to the wings.

The 2019 cars’ front wings will be wider, higher and simpler while the rear wing also higher and wider to create a bigger slipstream for the car behind.

There are also simpler endplates while the bargeboards have also undergone changes.

“Regulation changes are both opportunity and threat,” Mercedes technical director Allison said at the unveiling of Mercedes’ 2019 car, the W10.

“They are an opportunity because all the old assumptions about what you need to have to be quick are swept away and, if you are fleet of foot and smart in dealing with that, you can do better than all the other teams that are tackling the same change.

“They are a threat because if you are not as smart and you didn’t see how to make the most of these new regulations, then you’ll certainly suffer in the coming season.

“But they are always exhilarating because you have that sharp sense of anxiety that you might not be doing enough but equally the thrill and excitement of looking forward to finding out.”

The team has also worked to eradicate the W10’s predecessor’s weakness while building on its strengths.

The team is hoping that the new car will work better with its Pirellis, something they struggled with at times in 2018.

“The handling of the W09 was a big improvement over the rather idiosyncratic W08,” said Allison. “We managed to be competitive at tracks which had plagued us in recent years.

“However, notwithstanding this improvement, we were still not as good as some of our competitors at preserving the performance of the rear tyres.

“We have worked hard on the suspension and aerodynamic characteristics to deliver a car that will be much kinder to its tyres – enough, we hope, to allow us to be competitive at all phases of the race and at each track on the calendar.

“Even though the minimum weight limit was lifted by 10kg for 2019, weight reduction remains a real challenge on the current generation of F1 cars. Components that we felt were stripped to the bone in 2018 have been taken, one by one, and subjected to a further round of aggressive analysis to shave further weight from them.

“Some components surrender what feels like a giant step of half a kilo, others just a few grams, but collectively each of these victories add up to a handful of kilos that have been invested back in the car on aerodynamics, suspension and Power Unit to bring performance.”