Home News Mercedes on title fight: ‘We have nothing more to prove’ 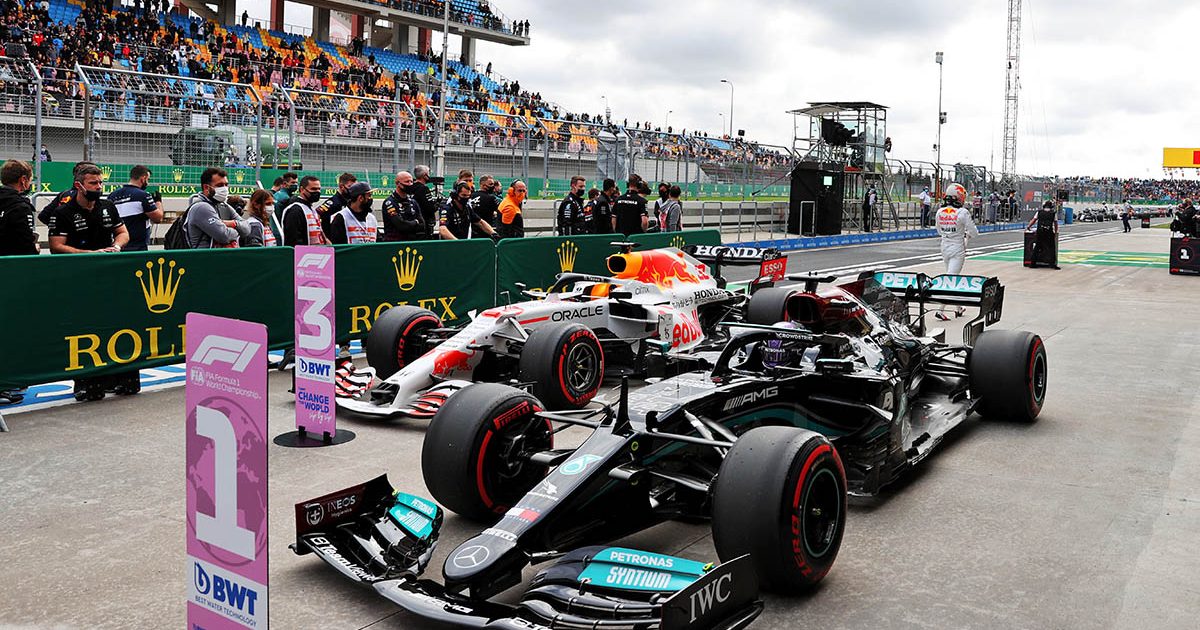 Mercedes boss Toto Wolff says his team want to stretch their records further, but they no longer have anything to prove.

Mercedes have served as the dominant force since the start of the turbo-hybrid era in 2014, winning all seven Drivers’ and Constructors’ Championships on offer.

Along the way Ferrari have risen at times to offer a challenge, most notably in 2017 and midway through 2019, but by in large Mercedes’ stranglehold on the titles has never been in doubt.

A true challenger has emerged in 2021 though in the form of Red Bull, who with six races to go lead the Drivers’ Championship through Max Verstappen, six points ahead of Mercedes’ Lewis Hamilton.

The Constructors’ Championship is still happy reading for Mercedes with their buffer at the top over Red Bull standing at 36 points.

But while the German outfit do of course want to make it eight title doubles in a row, their current tally of seven is already Formula 1’s greatest achievement, so Wolff says the pressure is off.

“We have nothing more to prove after the seven years. We’ve set our records and we want to add to them, because we are ambitious and we hate losing,” Wolff told Sky Sports.

“But we may as well enjoy that, because we have the best job in the world.”

The new aerodynamic regulations for 2021 did not play into Mercedes’ hands, helping to eliminate a comfortable buffer which they enjoyed over the chasing pack for much of 2020.

But Wolff revealed that there is a feeling of “easiness” as they battle against Red Bull to remain the benchmark without heavy pressure.

“It’s been seven years that we have been able to set the benchmark, this year it’s much tougher, we know why,” said Wolff.

“In the same way, we enjoy the fight. It comes with a certain easiness and I think that is advantageous in our situation. We have two strong drivers.

“I’m really looking forward for the next races. It doesn’t feel at all difficult or painful. Things will happen as they need to happen, but it’s good fun.”