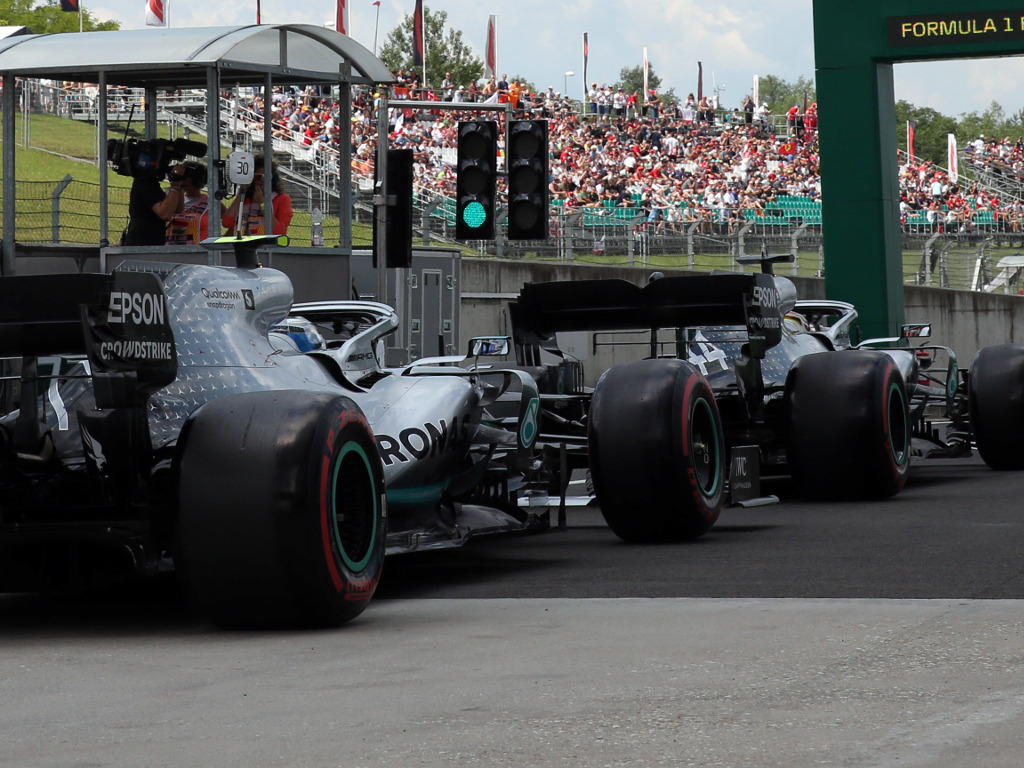 Formula 1 can expect another traffic jam of annoyed drivers in qualifying at Monza with Mercedes saying the drivers will chase the tow as they did at Spa.

Last Saturday Lewis Hamilton labelled the drivers’ antics as “dangerous” as they tried to line up the perfect tow for their hot laps.

That meant extremely slow out-laps as the lead driver hoping that those behind will overtake. They didn’t.

In the ensuing traffic jam Hamilton almost rear-ended his Mercedes team-mate as he had to dive out of the way for a fast-approaching car.

Sebastian Vettel was another who wasn’t impressed and predicted that it will “hit the peak in Monza” where finding the perfect tow can make all the difference.

He’s not the only one expecting that.

Mercedes’ trackside engineering director Andrew Shovlin has highlighted the importance of the tow around the Italian circuit.

Speaking in the team’s post-race video debrief, he conceded that there was “quite a lot of performance” to be gained if a driver can “position his car right.”

He explained that what happened at Spa was that “everyone had a very slow out-lap, we were all tripping over each other.

“You do get the benefit of the tow, but the issue is your tyres are cold.

“And that was a problem for us, we lost a bit of time at the first corner just because the tyres weren’t in the right window.”

Shovlin added: “Looking ahead to Monza, it’s going to be a similar situation.

“Very high-speed track, long straights and everyone is going to be trying to get a tow off everyone else.

“So what you will probably see in qualifying towards the end is people are staying in the garage, they are waiting for the clock to run down.

“Now, what would be good is Ferrari, they are very fast in a straight line, if they would go out first, we can get behind them and get the benefit of that tow.”

All you need to know about the Italian Grand Prix