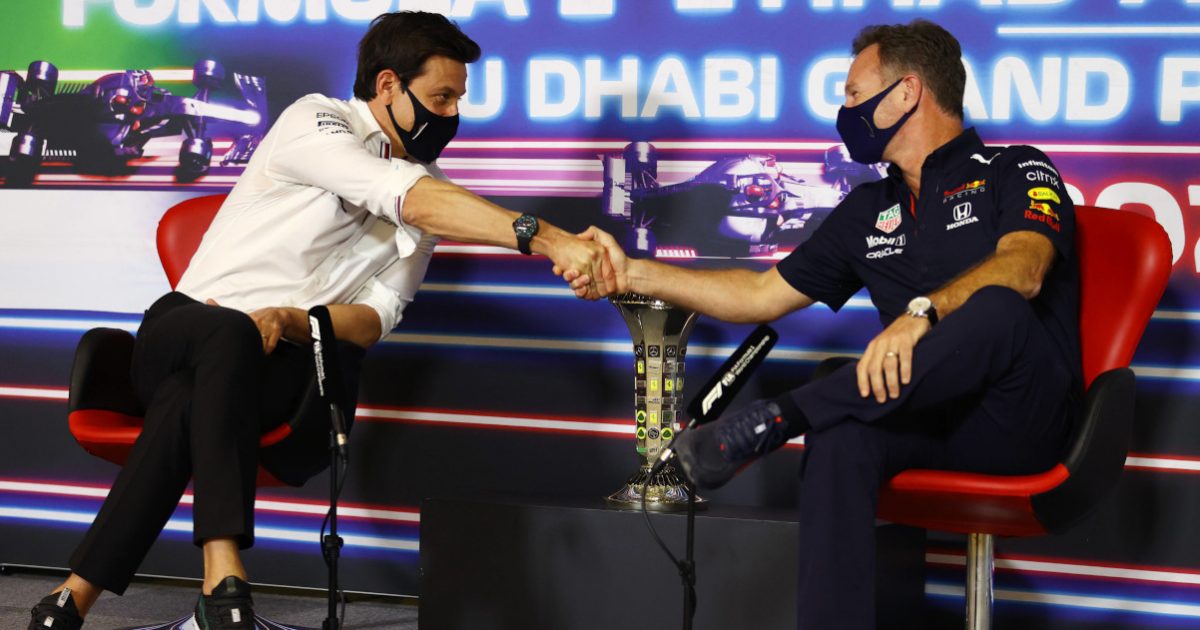 Toto Wolff thinks the divisive 2021 season and its controversial end will actually “bind together” Mercedes and Red Bull going forward.

Wolff, the Mercedes team principal, and his Red Bull counterpart Christian Horner traded jibes throughout a dramatic, thrilling campaign that ended with conflicting emotions for the Austrian.

Happy to see Mercedes win their eighth consecutive Constructors’ World Championship, Wolff was devastated that Lewis Hamilton relinquished his Drivers’ crown to Max Verstappen in a climax to the Abu Dhabi Grand Prix that was shrouded by questionable decisions from race director Michael Masi.

Mercedes protested the race result and ultimately dropped a stated intention to appeal, preferring to try and improve existing procedures rather than press ahead with a process they thought was stacked against them and in favour of the FIA.

Helmut Marko, the Red Bull consultant with whom Wolff also verbally clashed during 2021, subsequently said he sympathised with Mercedes’ “displeasure” and praised their “great gesture” in not dragging the matter through the courts.

Now Wolff has said he bears no ill feeling towards his team’s biggest current rival and believes a sense of mutual understanding between the Mercedes and Red Bull camps will lead to greater unity in protecting the best interests of all F1 competitors.

“The statements [after the Abu Dhabi protest] at me certainly arose from the emotion,” Wolff told reporters, quoted by FormulaRapida.net. “I can understand that when you have won a race and therefore the title, a protest can be frustrating.

“I have no bad word at all against Christian, Helmut, Red Bull or Max. They were worthy competitors last year.

“We fought like never before, on and off the track, but in the end they won the championship and that has to be acknowledged.

“I think it also binds us stronger together in the future. Because we may have lost the championship with the Abu Dhabi decision, but Helmut, Christian and Max are racers and we saw what happened.

“And of course there are the explanations that similar things happened against them in the season. Maybe it balances out, maybe not.

“But just the one decision in Abu Dhabi was so brutal, the racer in them will recognise that. I know that.

“Together, I think we can change the rules to make the decision-making more conscious and that’s in the interest of us, Red Bull and all the other teams.”