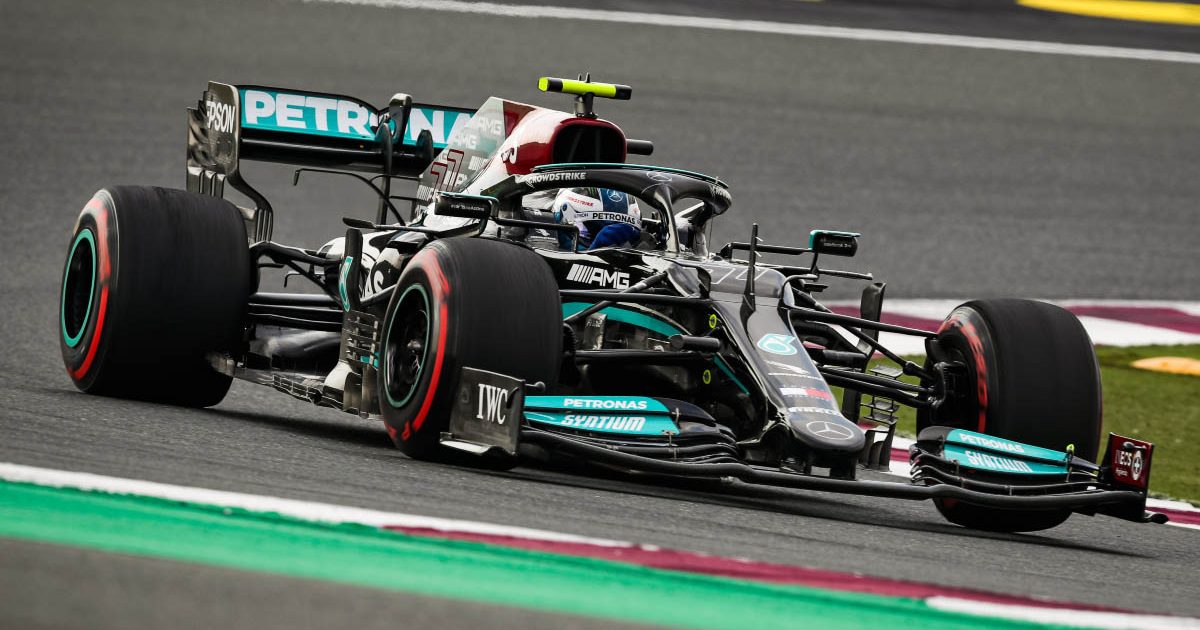 A tense press conference between Horner and Toto Wolff saw the Red Bull team principal ask the Mercedes team principal directly about the issue, saying: “How do you explain the score marks on the rear wing endplate?”

Horner and his team believe any score marks on the car – which would effectively be small grooves in the bodywork – could be a reason behind Mercedes’ improved straight-line speed in recent weeks.

Shovlin was quick to deny this was the case, and added that the FIA have been invited to check the W12 at any time, and they are currently satisfied that their car is legal.

“Well we’ve had a look at it and there are no score marks, so we’re not quite sure what that is, but it seems to be a bit of a story that’s not going away,” he told Sky F1 after Friday’s practice sessions.

Christian Horner has quizzed Toto Wolff on the "score marks" seen on Mercedes' rear wing endplates as the threat of a protest continues to loom.https://t.co/064agtDPTt #QatarGP 🇶🇦 #F1 pic.twitter.com/K2lZ0amAmV

“We go to every circuit, we look at what the fastest wing we have is, and that’s the one that we’ll bolt to the car, and that’s what we’ll keep doing.”

Horner and Red Bull have been threatening to protest against the rear wing Mercedes have been running, in the latest twist in the off-track rumblings which have been a sub-plot of the season so far – following on from Mercedes’ own complaints about Red Bull’s ‘limbo’ rear wings at the beginning of the year.

From the point of the view of the reigning champions, Shovlin feels the battle on and off track has only served to galvanise Mercedes’ staff behind their common goal in the remaining races.

“There are a few mortar shells going across in both directions, probably, but the team has really come together,” he said.

“What was encouraging to see was with the weekend like we’ve just had in Brazil, with so much distraction in so many different areas. Whether it was the team with Lewis, it was just ‘heads down and get on with the job’ – and we’ve shown the car has the pace to do that.

“I think Brazil was fantastic for our confidence that we could bring both these championships home, but it’s an amazing place at the moment – everyone’s working so hard to deliver that.”