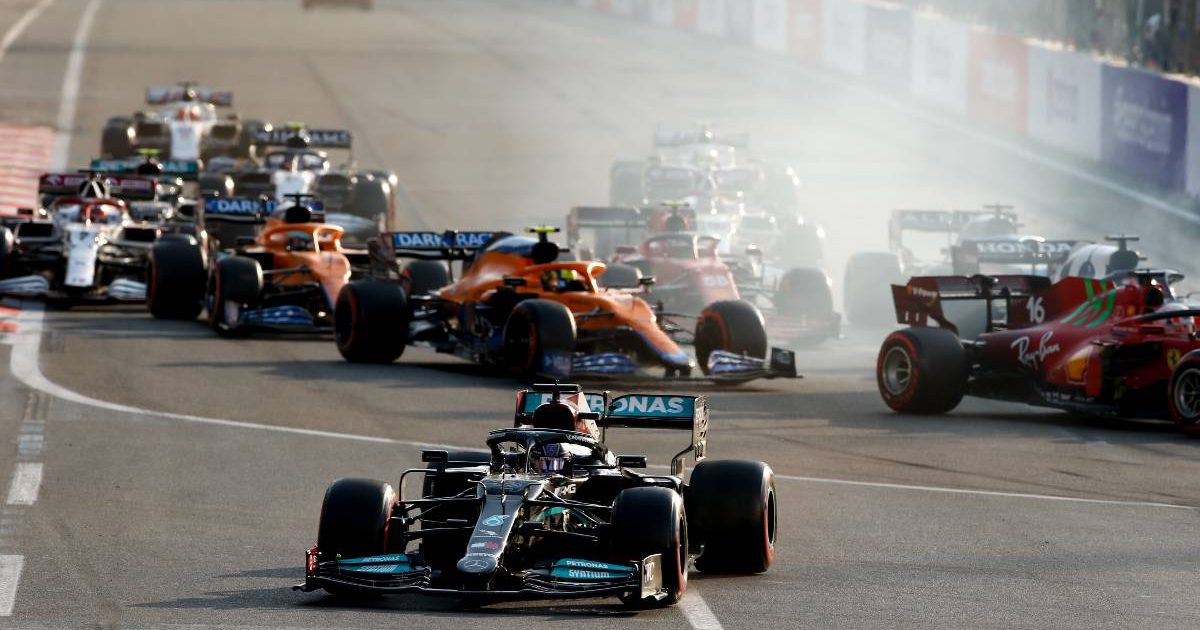 Mike Elliott says Mercedes need to take a share of the blame for Lewis Hamilton’s error that cost him dearly in Baku.

Hamilton had a huge opportunity to take charge of the title fight in Azerbaijan when Max Verstappen retired from the lead with a sudden tyre failure.

The incident caused the race to be suspended, and when it got back under way at a standing start with just two laps to go, the Briton was in P2 and had 18 points at the least in the bag.

It briefly looked like he could take all 25 when he passed Sergio Perez before Turn 1, but disaster struck when he accidentally hit a switch, causing him to lock up, go off and drop out of the points altogether.

In the debrief on the Mercedes YouTube channel, Elliott explained just what had happened in more detail.

“He made a fantastic start, got himself up alongside Perez and as he and Perez were sort of shuffling position, Lewis swerved and in the process of swerving he just clipped the ‘magic’ button and unfortunately he didn’t feel he had done it. So he had completely no awareness that he was going to have a problem.

“At the point he then braked, which was the normal point for him to brake, he was in the position where he got all of the brake balance shifted forward, which put all of the load through the front tyres and as a consequence they locked and from that point there was nothing he could do than go wide.”

Hamilton apologised to his team after the race, saying making such an error was a “humbling” experience for him.

Elliott, though, feels the team have to take some responsibility themselves for the switch being in a position where the driver could accidentally hit it.

“I know speaking to Lewis that Lewis sort of feels a chunk of blame for that,” he added.

“But the reality is Lewis makes so few mistakes, and that’s what really sets him apart from some of the other drivers. It’s our duty to try to give him a car where it’s more difficult for him to make mistakes.

“We need to take our share of that, look at how we can improve that and that’s something we will put in place for the next race.”