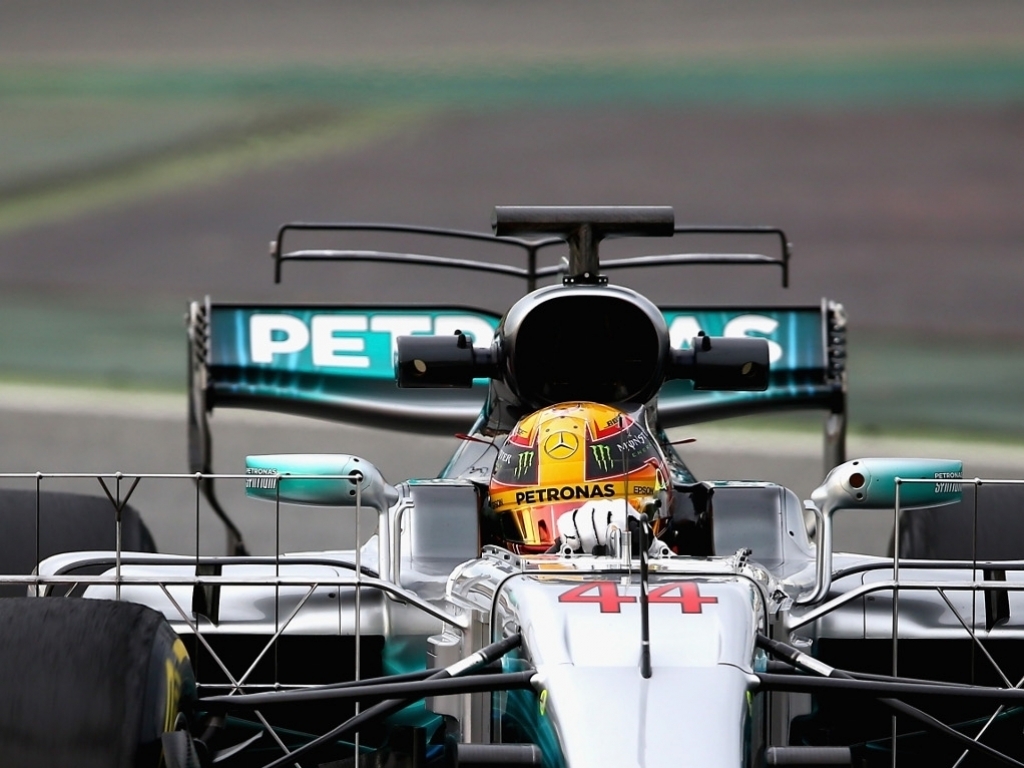 Mercedes swapped the shark fin cover for a double T-wing during Tuesday morning’s running at the Circuit de Catalunya.

On a chilling morning in Spain, Lewis Hamilton left the Mercedes garage with a double-tiered T-wing attached to his W08.

When Mercedes launched their car last week, it featured a shorn-off shark fin cover and a T-wing.

However, on Day One of pre-season testing, Hamilton trialed a full shark fin cover.

That, though, was removed ahead of Tuesday’s running in favour of the double T-wing.