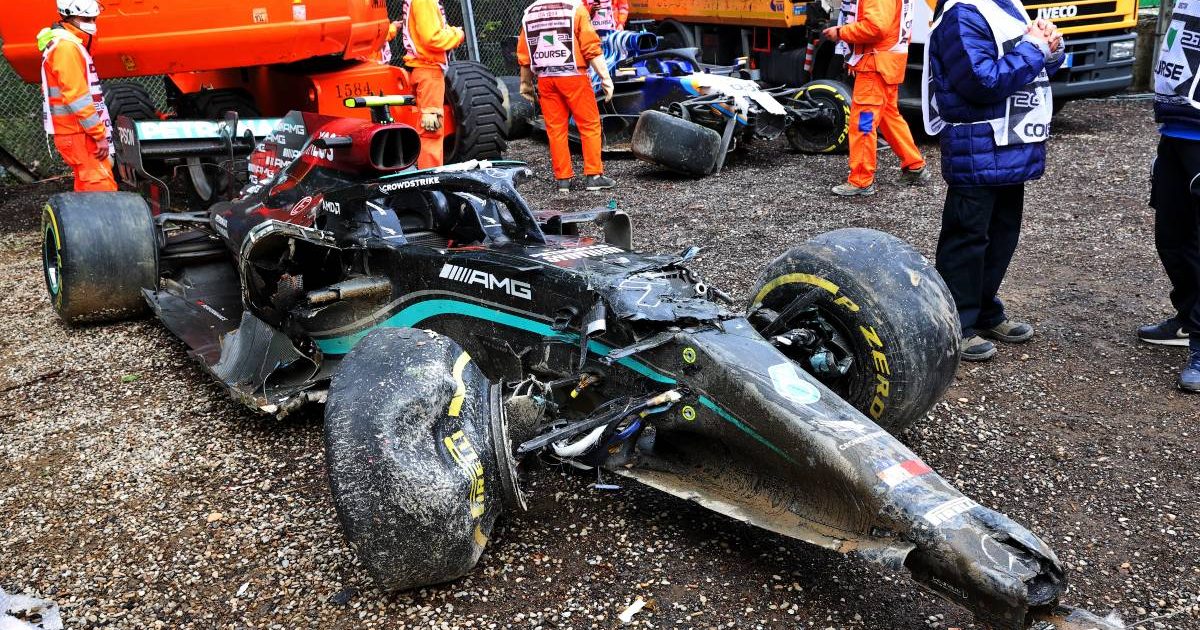 Despite Valtteri Bottas’ heavy crash at Imola, Mercedes have reportedly saved the engine and will use it at the Portuguese Grand Prix.

As Bottas looked to defend against Williams’ George Russell on the approach to Tamburello during the Emilia Romagna Grand Prix, the pair collided at high-speed, though both thankfully walked away unhurt.

Russell lost control of his FW43B after dipping a wheel onto the wet grass, something he initially blamed on Bottas who he felt had made an unnecessary movement.

The duo had a heated exchange in the gravel after the incident with Russell giving Bottas a slap on the helmet, to which the Finn returned a middle finger, though in the days that followed Russell issued a public apology.

Mercedes team boss Toto Wolff blasted his protege Russell for the damage caused to Bottas’ car, saying it could hamper the team’s abilities to bring upgrades throughout the rest of the season, but it seems that the engine in Bottas’ W12 has miraculously withstood the crash.

Motorsport.com state that the power unit was sent to Brixworth for a detailed inspection to see if it could be put back into action at the upcoming Portuguese Grand Prix, and the positive news was that it can.

“The result of the analysis was positive in this case, and the technicians decided to reassemble the power unit on Bottas’ car for the trip to Portimao,” their report confirms.

“The technicians seem confident about the proper functioning of the unit, but in these cases the last okay will come from the track.”

In a record 23-race season, Mercedes will be delighted if they have avoided the need to use new engine components which carries the risk of penalties once the permitted allowance for each part is exceeded.

Under the current regulations, each driver is allowed three internal combustion engines and turbochargers, as well as three MGU-K and MGU-H components.

Energy Store and Control Electronics elements are then limited to just two for the season.