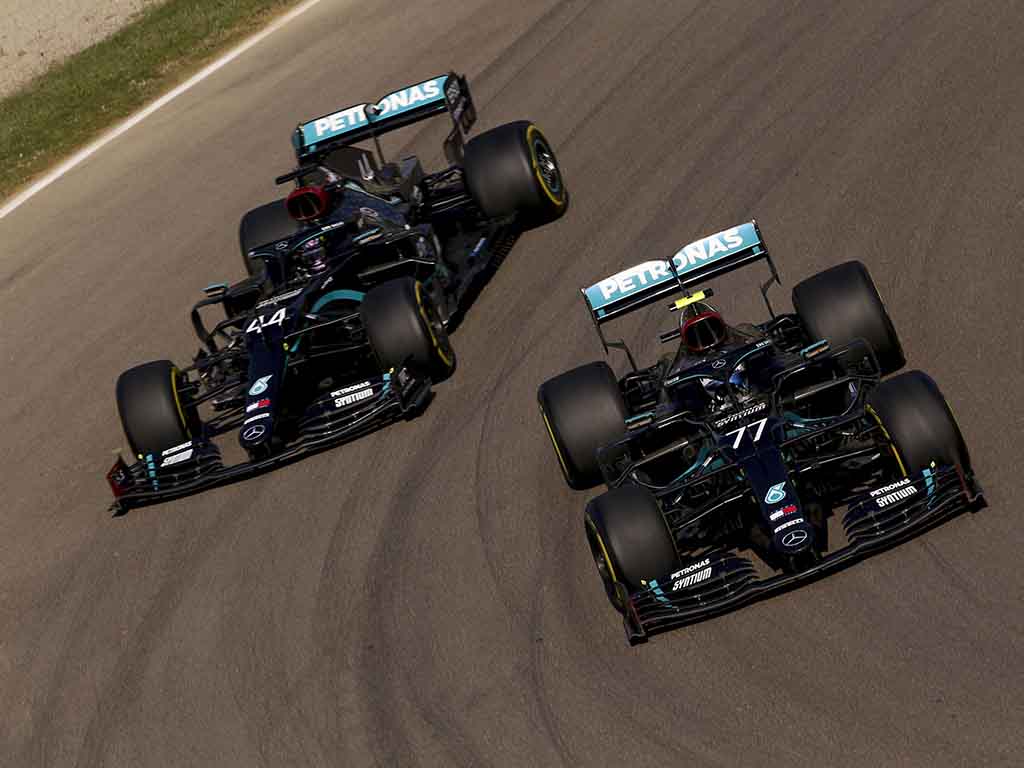 Mercedes are officially in a league of their own after clinching a record seventh consecutive Constructors’ Championship at the Emilia-Romagna Grand Prix.

Nearest rivals Red Bull had to outscore Mercedes by 34 points in Imola to keep the ‘fight’ alive for another race weekend but Lewis Hamilton’s victory and Valtteri Bottas’ P2 ensured the first piece of silverware was in the bag with four races to spare.

Red Bull’s Max Verstappen tried his best, as he so often does, to keep the Mercedes duo honest but he suddenly crashed out after “something broke” on his car on Lap 51. Alex Albon was last of the 15 finishers, spinning out after being passed by Sergio Perez late in the race.

After their 2019 Constructors’ Championship success, the Silver Arrows moved level with Ferrari on six consecutive titles. The Scuderia set their record from 1999 to 2004 while Mercedes’ winning run began in 2014.

And now Mercedes have set a new record high with an unprecedented seventh in a row.

Lewis Hamilton was quick to pay tribute to the whole Mercedes team on their incredible achievement.

“I know all the men and women back at the factory in Brackley and Brixworth are the unsung heroes,” Hamilton said.

“There are the ones who have really grafted away and continued to never give up. People watching may think we are used to this but it always feels like the first [win] with this team. I’m forever, forever grateful to everyone and to be a part of it, breaking a record like this.

“No team has ever done this before. We have a great leader in our team [Toto Wolff] and a big, big thank you to Mercedes and Petronas, all of our partners. We wouldn’t be able to do what we do without them.”

Toto Wolff added: “This is something to be proud of. We have a group that is just amazing together, we’ve tried to push the benchmark to new levels and we’ve achieved that.

“If we stay motivated and energised, we can push it even more.”