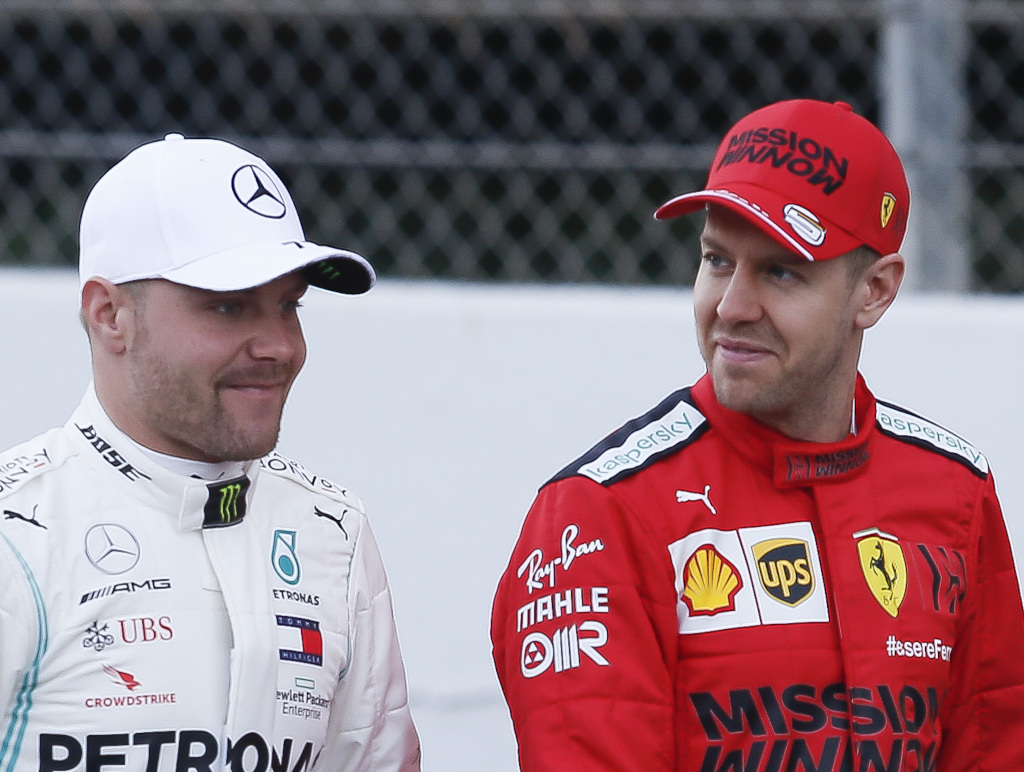 With Vettel leaving Ferrari at the end of this year’s championship, rumours claimed he could be off to Mercedes to make up a dream partnership with Lewis Hamilton.

Mercedes, though, has made it clear since Vettel’s announcement back in May that while Vettel is an option, he is not a serious consideration.

Mercedes motorsport boss Toto Wolff was asked about the rumours ahead of the season-opening Austrian GP.

He told BBC 5 Live: “He’ a great guy and we mustn’t not consider him, but our priority is Lewis and Valtteri and we very much hope to extend their contracts.”

Days later Kallenius has all but confirmed that Vettel won’t be heading to Brackley next season.

Then again neither will George Russell, the Mercedes youngster tipped to the step up when either Hamilton or Bottas leave.

“I can understand that this is a very exciting thought for the German fans.

“But with Lewis and Valtteri we already have two top drivers who perform at the highest level.

“We stand by the two drivers that we have now.”

But while the Mercedes door may be closed that doesn’t mean Vettel is out of options.

According to Sky Germany, Racing Point’s Otmar Szafnauer says he won’t exclude Vettel from signing with the team when it becomes Aston Martin in 2021.

Renault F1 managing director Cyril Abiteboul has also stated that the German is an option, although Renault is once again making headlines with rumours saying it will be Fernando Alonso.

According to Spanish journalist Noemi de Miguel: “Renault is planning to make an official announcement on Wednesday.”

She added: “After the race, Cyril Abiteboul has told veteran mechanics (those who have been around for more than 15 years) that they have already worked with him.”

As for his future, Vettel says he is still deciding what he wants to do.

“Obviously, I want to make sure I make the right decision for myself and my future,” he said.

“I think I have a very competitive nature. I have achieved a lot in the sport. I’m motivated and willing to achieve more.

“To do so, I need the right package and the right people around me so that’s what I’m looking out for at the moment.

“If the right opportunity should arise then it is quite clear. But, if that’s not the case, then I’ll probably have to look out for something else.”