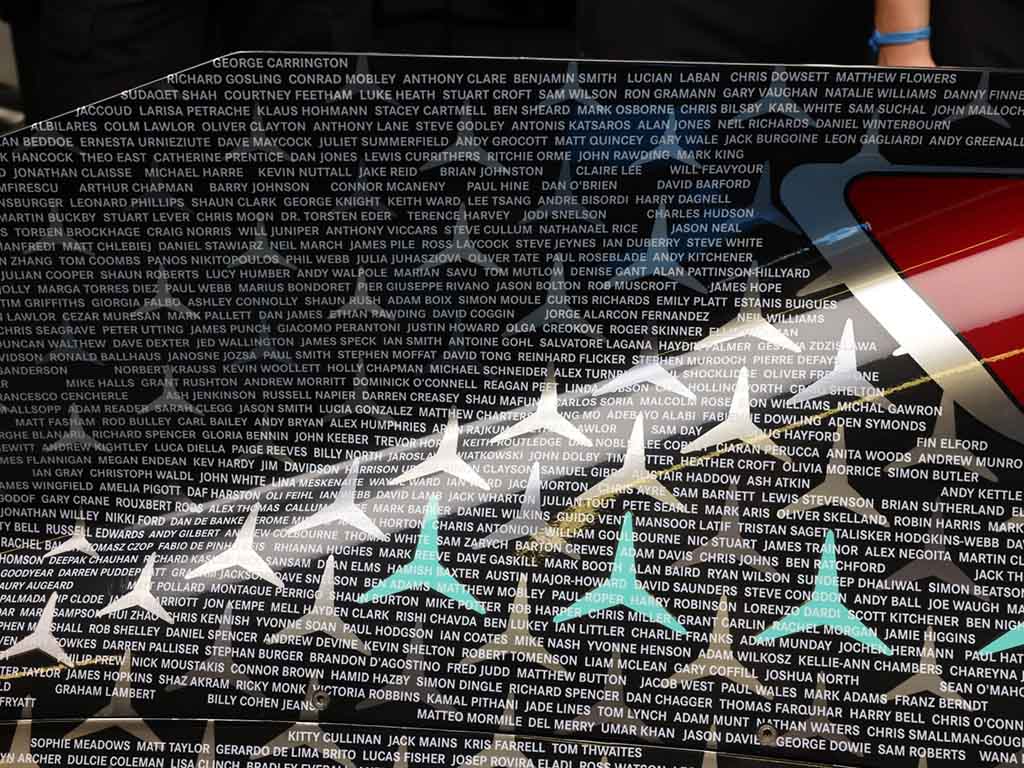 Mercedes are running a special livery on their W11 cars for the rest of the Abu Dhabi Grand Prix weekend to commemorate their continued success in Formula 1.

For the seventh year in a row, the Silver Arrows have clinched both World Championships on offer.

They bagged the Constructors’ title with four races to spare at the Emilia-Romagna Grand Prix and Lewis Hamilton added his seventh World title at the next race in Turkey to go level with Michael Schumacher on the all-time World Championship list.

And, to acknowledge their remarkable achievements, Mercedes have the names of every single person who has contributed to the continued success of the team on their all-conquering W11.

Mercedes are running a special livery with the names of everyone who has contributed to the continued success of the team this season. A lovely touch. 👏 #F1 pic.twitter.com/d5K6uDE9gl

“The bodywork has all the names of the people who have contributed to this year’s success, be it in Kuala Lumpur, Stuttgart, Turin, Brackley or Brixworth,” said Mercedes boss Toto Wolff.

“It has been tremendously difficult at times but also rewarding for all of us with this World Championship title.

“Furthermore, we will be having seven Petronas green stars on the engine cover to mark our seventh successive double World Championship.” 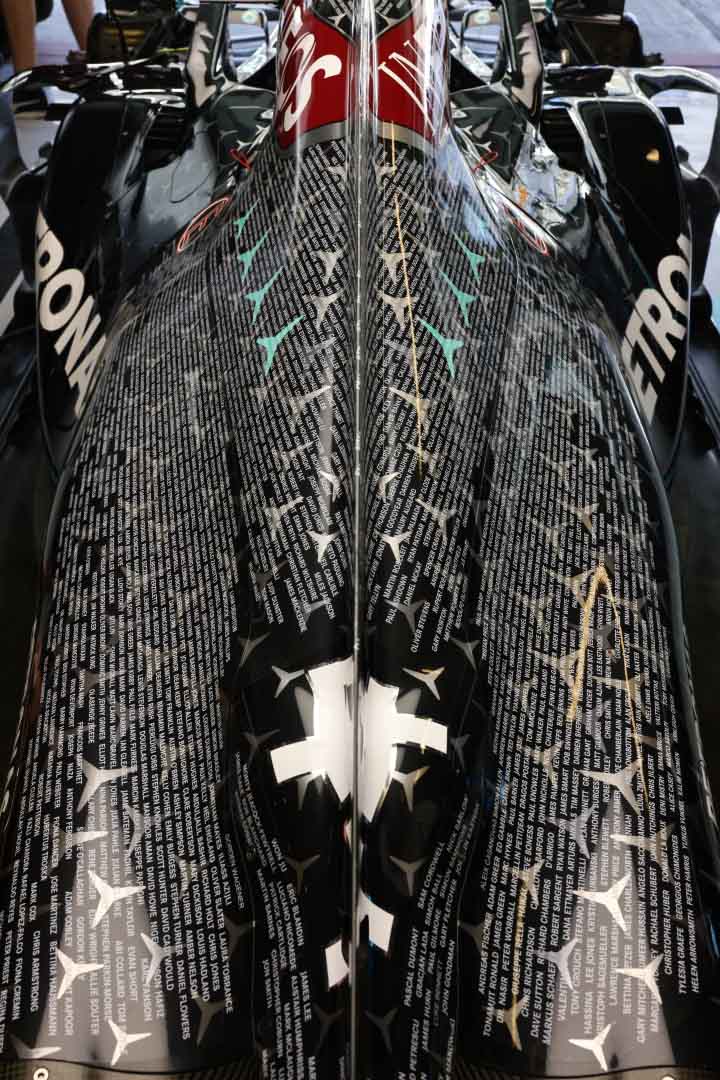 What a lovely touch!