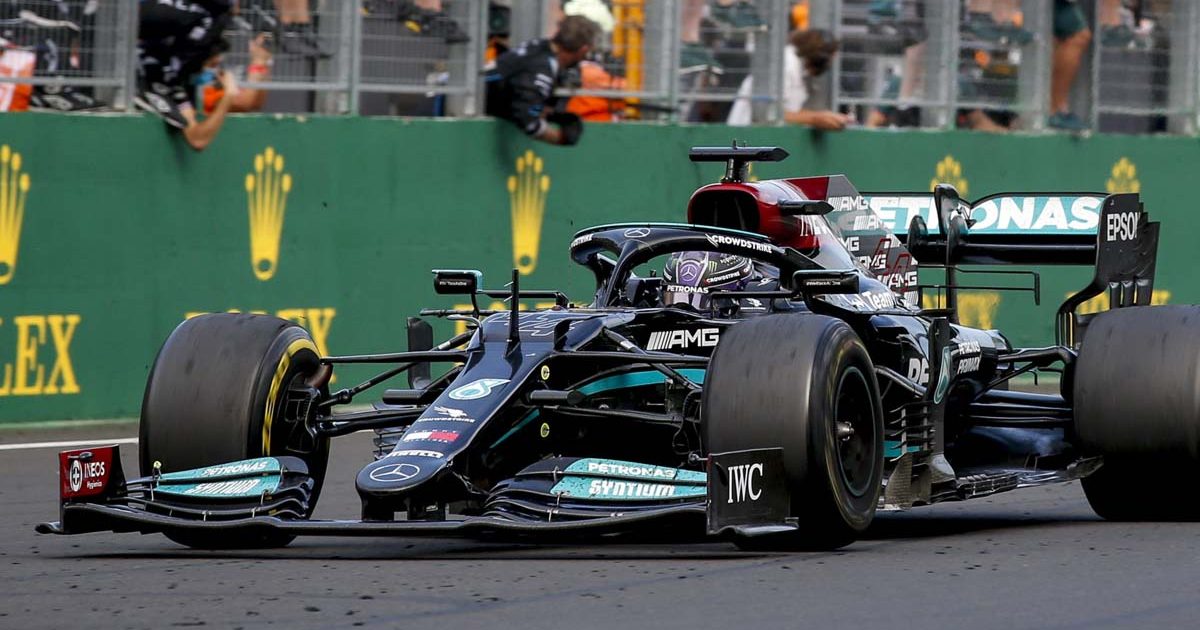 Mercedes team principal Toto Wolff says the team have made good progress with their 2021 car but stopped developing the aero package “a long time ago”.

Having seen their car on a relatively even footing compared to rivals Red Bull early in the season, their competitors had been bringing regular upgrades to their car and extended the gap to Mercedes, which led to five victories in a row for Max Verstappen or Sergio Perez.

But after both Red Bull cars were involved in accidents in the two races before the summer break, Mercedes were able to leapfrog their main title challengers and take the lead of both the Drivers’ and Constructors’ Championships as F1 shut down halfway through the season.

While Mercedes and Red Bull continue to fight for the World Championship though, the boss of the Silver Arrows has said their improvements have now halted – even with both titles in the balance.

“In terms of aerodynamic development, we stopped a long time ago,” Wolff said.

“The last development stopped in spring and the last upgrade that was then produced we brought to Silverstone, and that upgrade functions.

“We have made a step forward.”

Max Verstappen thinks it was "easier" for Nico Rosberg to beat Lewis Hamilton to the World Championship because they were both driving a Mercedes, not different cars.https://t.co/vrHk7XFRjH #F1 pic.twitter.com/FHp0XDCpbN

The implementation of a budget cap in Formula 1 for the first time has led to teams watching their expenses and having to focus their resources on next year’s cars earlier than usual – even more so given the sweeping regulation changes coming in 2022.

Given Wolff feels there could be as many as six teams in next season’s fight for the World Championship – with the regulations surrounding the cars becoming tighter – he acknowledges every second of development counts when it comes to getting their next car right.

If they falter or do not maximise their potential in developing their new challenger, Wolff says there could be consequences beyond the first few races of 2022.

“You always have to balance the sport’s interest versus the long term,” explained Wolff, quoted by GP Fans Global. “Next year’s regulations will be with us for a few years.

“You can’t just ignore it because if you have a deficit at the beginning of next season, that could take a long time until you catch up, so we always stick to our strategy. In a way, we didn’t change course, we kept on our paths.”